Why Is There So Much Injustice in the World? 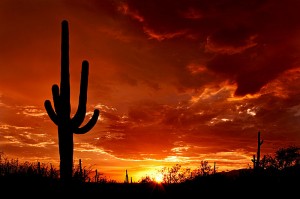 All men and women are human beings and have the right to live and obtain the necessities of life; all are entitled to justice, honor, and dignity.

When wealth and comfort are enjoyed by the few while the majority languishes amidst hardship and adversity, it cannot be said that mankind is happy and prosperous.

Having accepted this self-evident truth, how may the welfare and prosperity of the whole of mankind be achieved?

The Path to Justice

This goal can only be reached if laws are made for mankind by one who does not discriminate amongst men.

It can be achieved only if the rights of men are justly determined by the one who has no personal stake in the matter, and who is not associated with the interests of any tribe, family, class, country or nation.

It can be achieved only if all are subject to the commands of the one who can neither err in His judgment because of ignorance or inadequate knowledge, nor abuse authority for personal gain nor take the side of one against another.

Is there any man on earth who could be so fair, just and selfless?

Is there anyone who is so free from human weaknesses?

Surely this question cannot be answered in the affirmative. Such perfect fairness and justice are attributes which belong to God alone. Any human being, no matter how fair and big-hearted he may be, will have some personal interests; he is bound to feel closer to some people than others, to be very fond of some and take a dislike to others.

Moreover, no human being can claim to be free from weaknesses and shortcomings. This is the reason why we find oppression and injustice, in one form or another, wherever man-made laws are in force instead of the law of God, and where human authority is obeyed instead of the Divine commands.

Think of the various royal families who have secured for themselves by force positions of honor and distinction, fabulous wealth, and a life of pomp and privileges that are denied to others. They are above the law and cannot be sued in court, no matter what they do. They commit manifest errors and yet the fiction is maintained – and believed by many – that the monarch can do no wrong. It is patently obvious that they are mere mortals like all others, yet they pose as semi-gods and are placed on a high pedestal, and ordinary folks, if they approach them at all, appear before them with folded hands and on bended knee, as if they depended on the royalty for their livelihood, and even for their very life.

The kings and their kinsmen collect money from the people by fair means or foul, and squander it on palaces and carriages, on luxury and sport. The rich people’s dogs often eat better food than many human beings, the very people who toil to fill the coffers of the wealthy.

Could this scheme of things possibly be the invention of a just sovereign who has equal regard for the rights and interests of all?

Or think of the Brahmins in India, or priests and wealthy princes and nobles in other lands, or of the business magnates and tycoons throughout the world. All of them consider themselves to be above the “common people”.

They have been able to put many laws on the statute books, in many countries, which grant them rights not available to ordinary people. They are considered to be clean and respectable, while common folk are viewed as dirty and despicable. They are regarded as noble and the others as mean. It is as if their role is to rob and the common people are there just to be robbed. The life, honor, and property of the common people are often sacrificed to keep the privileged classes happy.

Could such rules and regulations possibly be the handiwork of a just being?

Do they not reflect glaring selfishness and partiality?

Or think of history, when powerful states enslaved weaker states by force. Is there any law enacted or resolution passed by them which does not betray selfishness?

Everywhere, certain nations are claiming that they are superior races; indeed they regard themselves alone as human beings and regard the members of weaker nations to be inferior races, or even subhuman. They believe themselves to be perfectly justified in sacrificing the interests of others for the sake of their own. All the laws passed by them, or under their influence or pressure, clearly betray this attitude.

These examples are merely hints and brief illustrations. The matter could be dwelt upon at length, but there is no need. It is obvious that man-made laws reflect injustice of one kind or another. On the one hand, they give a few people more than their right; on the other, they deny millions not only their rights but even their human dignity.

The reason for these injustices is not too hard to find: when a man sits down to decide a matter, his mind and heart will be dominated by his own interests and inclinations, or by those of his family, race, class, tribe or nation. He cannot look at others with the same understanding and sympathy as he shows towards those who are closest to him.

There is no remedy for this prevalent injustice except to scrap man-made laws and accept, unconditionally and without reservation, the law of God in whose eyes all human beings are equal and who distinguishes between them on the basis of their piety, virtue, character, conduct and merits, rather than their race, color, class or nationality.