God, If You Exist Then Guide Me! 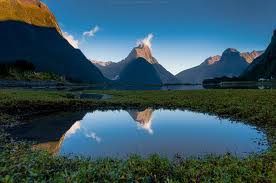 Some people who convert to Islam prefer to call it a reversion because everyone is born in a natural state of Islam – submission to the will of God – and rather than converting away from something they assert that coming to accept Islam is reverting to that human original state.

In my case this is doubly so.

My parents converted to Islam shortly before I was born, however since I was not brought up with a clear sense that I had to be a Muslim, I didn’t accept Islam until after I had spent some time searching for the truth.

True that as a child I took part in their Islamic practices such as fasting Ramadan, but after my father died (when I was five) my mother allowed me from the age of 13 not to join in prayers if I did not want to. In my mind, I was waiting until I was old enough to make up my own mind which religion, if any, to choose.

At the age of 16 my mother remarried to an Egyptian and I lived with them in London for two years. I felt by then that I needed to be able to identify, explain and justify my purpose in life. I started reading books that had belonged to my father on philosophy. There were many, some on principles of logic, others on language and meaning, etc.

My approach was to read a book until I felt that I could no longer accept what it proposed. This led me to put down many books unfinished.

The Path of Philosophy

I particularly remember a book entitled “Teach Yourself Philosophy”, which started by saying that the study of philosophy didn’t hope to find any answers, but that through it we could enjoy exploring the questions. I really didn’t think that this attitude was a healthy way to help me search for truth.

After some reading and asking several questions about Islam from others, I found that I really couldn’t find satisfying answers to my questions. My philosophy of life took shape and I concluded that I was a convinced agnostic whose purpose in life was to continue the process of discovery of the universe.

Up till the age of 21, I followed this philosophy sincerely. At that point, while I was studying at the University of Manchester, my motivation started to slip. I found myself, though sure about the accuracy of my evaluation of how the world is and how life is, unable to translate that into a motivation to act. Life was simply easier if I followed the crowd in the various pursuits of pleasures. So what if the purpose of life is to learn? Why do I have to work at it? As my motivation ebbed, so did my academic results. So in the summer vacation, I resolved to review my philosophy of life.

Partly, in an effort to avoid being influenced by emotional considerations, I was due to spend the year in Germany as part of my degree. For the summer, I was living on my own in Hamburg. During this time, I wrestled with these questions trying to reach some answers. In the middle of this, I had this profound dream.

I was sitting with a group of people on an embankment overlooking a wide-open plain. At the foot of the embankment was what appeared to be a set of train lines stretching off into the distance to the left and right although from our vantage point we could only see a short way down the tracks. As we sat on the banks, we were debating whether these were in fact train tracks and whether or not a train would ever come along them. After a while, one person in the group wanted to show how confident he was that these were not train tracks and that no train would come. So he sat himself down in the middle of the tracks. I went to go and reason with him.

A few moments later, a huge train rushed along the tracks and within a moment had disappeared off into the distance. Shocked, I went to look for the man who was so confident in his assertion that no train would come. He had disappeared, clearly the train had scooped him up and away into the distance. I returned to the others sitting on the embankment and asked them if they saw what happened to this man.

After a few comments they started saying to one another that, since they have no evidence now that the train exists that it may or may not exist. “Did you not see it?” I asked, amazed at them. “Maybe, but we can see nothing now, so we cannot be sure that these are really train tracks or that any train uses them.” was the reply. “What about the person who was sitting on the tracks?” I asked. “I cannot see him” came the reply, “so how do I know he was ever there? Prove it to me!” As they continued the debate, I was in despair at their evident denial of facts simply because the facts are not right in front of their eyes all of the time. At that point I woke up. I realized at that point, that this dream reflected the fruitless discussions of the philosophers which I had spent so much time observing, if not engaging in. I realized that sometimes certainty comes from single events which don’t get repeated when you want them. The dream echoed strongly the situation of someone believing strongly in God yet unable to persuade others of the existence of God and unable to produce the evidence on demand. God is unseen but there are clear proofs to those who care to look and listen.

Partly as a result of this dream and other reflections, I recall making a little prayer for the first time in many years saying “God, if you exist then guide me.”

Finding My Way At Last

Over the following couple of months I continued to wrestle with the questions I had in my mind about life, God, revelation and such issues. One issue that I felt was crucial was the necessity of revelation to guide people to good conduct. Eventually I realized that for people to even engage in a serious sincere attempt to achieve good conduct, including trying to learn right from wrong, they had to first accept the moral need to do so. Revelation is necessary for at least this reason. For without it there is no demonstrable connection between what is and what we ought to do.

At that point, understanding this dichotomy, I decided that I, as a human being, could not live the kind of pointless life that the second option implied. Neither could I sit on the fence any longer. I concluded on one evening, while on my own in my student room, that I believed in God, that based on what I knew of different religions, Islam made far more sense than any other belief system. I wrote down the testimony of faith in Islam – the Shahada – on some paper and signed it. I was now a Muslim.

Over the next month or so I read the Qur’an (in English) with the attitude of “If I cannot find anything in here that I know to be wrong then I will stick with it. The rest of the material is debatable”. As I read, I became more and more convinced of my decision and could find nothing to make me doubt. Over the following years I have continued to think carefully about everything I accept and make progress based on sound reasoning.

Sometimes, I have made mistakes, but I still maintain that life is about learning. Mistakes are just part of the way we progress. The key though, to good learning, as with good thinking, is first to acknowledge that being good is about morals. Having morals requires us to believe that God exists as the ultimate judge of what is morally good. Who else could possibly be qualified?

My life had changed and I have never looked back since without saying “Alhamdulillah..I am a Muslim.”

Lamaan Ball is from the United Kingdom.