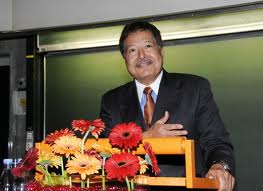 My presence – as the Egyptian at Penn – was starting to be felt by the professors and students as my scores were high, and I also began a successful course of research.

On the banks of the Nile, the Rosetta branch, I lived an enjoyable childhood in the City of Disuq, which is the home of the famous mosque, Sidi Ibrahim. I was born (February 26, 1946) in nearby Damanhur, the “City of Horus”, only 60 km from Alexandria. In retrospect, it is remarkable that my childhood origins were flanked by two great places – Rosetta, the city where the famous Stone was discovered, and Alexandria, the home of ancient learning. The dawn of my memory begins with my days, at Disuq’s preparatory school. I am the only son in a family of three sisters and two loving parents. My father was liked and respected by the city community – he was helpful, cheerful and very much enjoyed his life. He worked for the government and also had his own business. My mother, a good-natured, contented person, devoted all her life to her children and, in particular, to me. She was central to my “walks of life” with her kindness, total devotion and native intelligence. Although our immediate family is small, the Zewails are well known in Damanhur.

The family’s dream was to see me receive a high degree abroad and to return to become a university professor – on the door to my study room, a sign was placed reading, “Dr. Ahmed,” even though I was still far from becoming a doctor. My father did live to see that day, but a dear uncle did not. Uncle Rizk was special in my boyhood years and I learned much from him – an appreciation for critical analyses, an enjoyment of music, and of intermingling with the masses and intellectuals alike; he was respected for his wisdom, financially well-to-do, and self-educated. Culturally, my interests were focused – reading, music, some sports and playing backgammon. The great singer Um Kulthum (actually named Kawkab Elsharq – a superstar of the East) had a major influence on my appreciation of music. On the first Thursday of each month we listened to Um Kulthum’s concert – “waslats” (three songs) – for more than three hours. During all of my study years in Egypt, the music of this unique figure gave me a special happiness, and her voice was often in the background while I was studying mathematics, chemistry… etc. After three decades I still have the same feeling and passion for her music. In America, the only music I have been able to appreciate on this level is classical, and some jazz. Reading was and still is my real joy.

As a boy it was clear that my inclinations were toward the physical sciences. Mathematics, mechanics, and chemistry were among the fields that gave me a special satisfaction. Social sciences were not as attractive because in those days much emphasis was placed on memorization of subjects, names and the like, and for reasons unknown (to me), my mind kept asking “how” and “why”. This characteristic has persisted from the beginning of my life. In my teens, I recall feeling a thrill when I solved a difficult problem in mechanics, for instance, considering all of the tricky operational forces of a car going uphill or downhill. Even though chemistry required some memorization, I was intrigued by the “mathematics of chemistry”. It provides laboratory phenomena which, as a boy, I wanted to reproduce and understand. In my bedroom I constructed a small apparatus, out of my mother’s oil burner (for making Arabic coffee) and a few glass tubes, in order to see how wood is transformed into a burning gas and a liquid substance. I still remember this vividly, not only for the science, but also for the danger of burning down our house! It is not clear why I developed this attraction to science at such an early stage.

After finishing high school, I applied to universities. In Egypt, you send your application to a central Bureau (Maktab El Tansiq), and according to your grades, you are assigned a university, hopefully on your list of choice. In the sixties, Engineering, Medicine, Pharmacy, and Science were tops. I was admitted to Alexandria University and to the faculty of science. Here, luck played a crucial role because I had little to do with Maktab El Tansiq‘s decision, which gave me the career I still love most: science. At the time, I did not know the depth of this feeling, and, if accepted to another faculty, I probably would not have insisted on the faculty of science. But this passion for science became evident on the first day I went to the campus in Maharem Bek with my uncle – I had tears in my eyes as I felt the greatness of the university and the sacredness of its atmosphere. My grades throughout the next four years reflected this special passion. In the first year, I took four courses, mathematics, physics, chemistry, and geology, and my grades were either excellent or very good. Similarly, in the second year I scored very highly (excellent) in Chemistry and was chosen for a group of seven students (called “special chemistry”), an elite science group. I graduated with the highest honors – “Distinction with First Class Honor” – with above 90% in all areas of chemistry. With these scores, I was awarded, as a student, a stipend every month of approximately £13, which was close to that of a university graduate who made £17 at the time!

After graduating with the degree of Bachelor of Science, I was appointed to a University position as a demonstrator (“Moeid“), to carry on research toward a Masters and then a Ph.D. degree, and to teach undergraduates at the University of Alexandria. This was a tenured position, guaranteeing a faculty appointment at the University. In teaching, I was successful to the point that, although not yet a professor, I gave “professorial lectures” to help students after the Professor had given his lecture. Through this experience I discovered an affinity and enjoyment of explaining science and natural phenomena in the clearest and simplest way. The students (500 or more) enriched this sense with the appreciation they expressed. At the age of 21, as a Moeid, I believed that behind every universal phenomenon there must be beauty and simplicity in its description. This belief remains true today.

On the research side, I finished the requirements for a Masters in Science in about eight months. The tool was spectroscopy, and I was excited about developing an understanding of how and why the spectra of certain molecules change with solvents. This is an old subject, but to me it involved a new level of understanding that was quite modern in our department. My research advisors were three: The head of the inorganic section, Professor Tahany Salem and Professors Rafaat Issa and Samir El Ezaby, with whom I worked most closely; they suggested the research problem to me, and this research resulted in several publications. I was ready to think about my Ph.D. research (called “research point”) after one year of being a Moeid. Professors El Ezaby (a graduate of Utah) and Yehia El Tantawy (a graduate of Penn) encouraged me to go abroad to complete my Ph.D. work. All the odds were against my going to America. First, I did not have the connections abroad. Second, the 1967 war had just ended and American stocks in Egypt were at their lowest value, so study missions were only sent to the USSR or Eastern European countries. I had to obtain a scholarship directly from an American University. After corresponding with a dozen universities, the University of Pennsylvania and a few others offered me scholarships, providing the tuition and paying a monthly stipend (some $300). There were still further obstacles against travel to America (“Safer to America”). It took enormous energy to pass the regulatory and bureaucratic barriers. 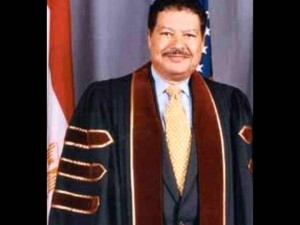 Arriving in the States, I had the feeling of being thrown into an ocean. The ocean was full of knowledge, culture, and opportunities, and the choice was clear: I could either learn to swim or sink. The culture was foreign, the language was difficult, but my hopes were high. I did not speak or write English fluently, and I did not know much about western culture in general, or American culture in particular. I remember a “cultural incident” that opened my eyes to the new traditions I was experiencing right after settling in Philadelphia. In Egypt, as boys, we used to kid each other by saying “I’ll kill you”, and good friends often said such phrases jokingly. I became friends with a sympathetic American graduate student, and, at one point, jokingly said “I’ll kill you”. I immediately noticed his reserve and coolness, perhaps worrying that a fellow from the Middle East might actually do it!

My presence – as the Egyptian at Penn – was starting to be felt by the professors and students as my scores were high, and I also began a successful course of research. I owe much to my research advisor, Professor Robin Hochstrasser, who was, and still is, a committed scientist and educator. The diverse research problems I worked on, and the collaborations with many able scientists, were both enjoyable and profitable. My publication list was increasing, but just as importantly, I was learning new things literally every day – in chemistry, in physics and in other fields. The atmosphere at the Laboratory for Research on the Structure of Matter (LRSM) was most stimulating and I was enthusiastic about researching in areas that crossed the disciplines of physics and chemistry (sometimes too enthusiastic!). My courses were enjoyable too; I still recall the series 501, 502, 503 and the physics courses I took with the Nobel Laureate, Bob Schrieffer. I was working almost “day and night,” and doing several projects at the same time: The Stark effect of simple molecules; the Zeeman effect of solids like NO2- and benzene; the optical detection of magnetic resonance (ODMR); double resonance techniques, etc. Now, thinking about it, I cannot imagine doing all of this again, but of course then I was “young and innocent”.

The research for my Ph.D. and the requirements for a degree were essentially completed by 1973, when another war erupted in the Middle East. I had strong feelings about returning to Egypt to be a University Professor, even though at the beginning of my years in America my memories of the frustrating bureaucracy encountered at the time of my departure were still vivid. With time, things change, and I recollected all the wonderful years of my childhood and the opportunities Egypt had provided to me. Returning was important to me, but I also knew that Egypt would not be able to provide the scientific atmosphere I had enjoyed in the U.S. A few more years in America would give me and my family two opportunities: First, I could think about another area of research in a different place (while learning to be professorial!). Second, my salary would be higher than that of a graduate student, and we could then buy a big American car that would be so impressive for the new Professor at Alexandria University! I applied for five positions, three in the U.S., one in Germany and one in Holland, and all of them with world-renowned professors. I received five offers and decided on Berkeley.