Differences of Opinion – Peaceful and Militant 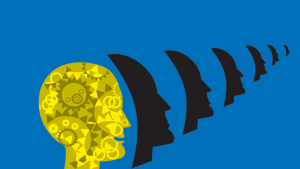 Differences of Opinion – Peaceful and Militant

The Quran requires a general discussion, exchange of views, and serious consultation (shura) about public concerns before a decision can be reached (Aal `Imran 3:159, Ash-Shura 42:38). Difference of opinion, even dispute, should be expected (An-Nisa’ 4:59). Muslims have to argue in the best way (An-Nahl 16:125), logically and ethically, and their terms of reference should be the values and principles of the Quran and Sunnah. Mutual consultation and consent between the spouses should govern family affairs (Al-Baqarah 2:233), in order to develop such a culture and tradition in the whole society. Children have always to be advised and trained by their parents to express their views about what is right that should be followed and what is wrong that should be opposed (Luqman 31:17). An expression of opinion is a moral and sometimes legal duty, not only a right (e.g., Al-Baqarah 2:283, Aal `Imran 3:110). In such a climate of free opinion and expression, differences are inevitable, but they have to be handled in the proper way conceptually and ethically, and not ignored or suppressed. In the end, a decision should be reached and carried out collectively and firmly (Aal `Imran 3:159).

Early Muslims had their differences even during the life of the Prophet, and every view was fairly heard. When the Prophet died, a public meeting was held to discuss who should succeed him as the state leader. Differences emerged in that meeting, not only among individuals, but among groups of people, such as the Meccan immigrants (al-muhajirin), the Medinese supporters (al- ansar) and some of the Prophet’s family and their loyal followers.

Each group believed that the new leader of the state should come from among themselves. This is the earliest reference to the emergence of political groups or parties in the history of Islam, although not all these particular factions continued to exist. The Quran indicated that the duty of inviting people to what is good, enjoying the doing of what is right, and forbidding the doing of what is wrong can be practiced by a group (Aal `Imran 3:104). The right of temporary and permanent association and assembly is essential to make every View heard and to enable it to compete with other Views and survive.

The early caliphs faced opposition of various kinds, from individuals and groups, both spontaneous and organized, peaceful and militant. The first caliph Abu Bakr aroused opposition when he decided to use force against the tribes who refused to pay the social welfare dues “zakat” after the death of the Prophet. He saw this as an act of defiance towards Shari’a and the Islamic central authority which could not be tolerated, differently from Umar ibn al-Khattab, the Companion of the Prophet.

When Umar became Caliph after the death of Abu Bakr and his suggestions in certain matters were opposed by some of the Prophet’s Companions, he had to defend his opinion through “shura” before a gathering of prominent Companions and even the public. His idea of introducing a land tax “kharaj” for instance, was strongly opposed since many thought that the “zakat” ought to be the only tax collected by the Islamic authorities. The Caliph had to defend his case in front of ten prominent arbiters whom he was able to convince.”

His successor, Caliph Uthman (23-35H/644-656), met opposition from eminent Companions of the Prophet, such as Abd- Allah ibn Masud (d.32H/653), when he decided that one verified master version of the Quran had to be the only used by all Muslims, so that oral or written errors could be avoided.

All the opposition that the early Caliphs met was recorded. No effort was made either by the authorities or by the historians to suppress it, even though it became sometimes violent, as for example the argument that ended with the murder of Caliph Uthman.

Uthman’s successor, the Prophet’s cousin, Caliph Ali ibn Abi Talib (35-40H/656-661), met violent opposition on several fronts. When he was pressured by many of his supporters to accept arbitration between himself and the defiant Muawiya ibn Abi Sufyan, the governor of Syria, other supporters split and rebelled against him. They gathered in the mosque where the Caliph was speaking, and interrupted him by shouting: “There is no ruling except God’s ruling.” The Caliph responded that what they said was right, but they were using those words for a wrong purpose. However, he assured them that their opposition would not deprive them of their rights. The mosques would be always open to their gatherings whatever opposition they might express, and the state would never initiate the use of force against them. Their payments from the public treasury would never be stopped and their share in the public revenues in the future would always be secured for them as long as hey fulfilled their public obligations). This was a pioneering statement of the opposition’s rights in the Islamic state. Ironically, one of these violent rebels (Khawarij), whose rights of peaceful opposition to the caliph had been secured, killed him on his way to the mosque!

However essential the principle of shura is in Islamic public law, the early Arab Muslims with their tribal structure and their socio-cultural experiences were unable to develop a mechanism to maintain its enforcement through certain institutions. It was left to the good faith of the ruler, and the vigilance and initiative and courage of the ruled. Lacking the firm foundation of an institution, openly expressing views against the oppressive rulers could be risky. Individuals could lose even their lives against the ruling power, and Violence could develop into chaos with lasting physical and moral wounds on all sides. Thus, after a short life of the shura in Medina under the early caliphs, hereditary dynasties which did not allow any substantial opposition were established by the Umayyads and the Abbasids, as well as by the autonomous or secessionist dynasties which split off the caliphate and did not allow any serious opposition.

The areas left for differences of opinions were in theology and jurisprudence, since opinions there could be expressed peacefully and among limited audiences, mainly students. The theological views that could generate militancy were those of the Shi’a, believers in the right of the descendants of Caliph Ali to rule through their successive generations and those of the followers of the rebels against that Caliph who opposed the established power (Khawarij). Many Shi’is became passive after several defeats and the disappearance of the Twelfth Imam. The rebellious Khawarij faction did not survive. The rights of having and expressing a different opinion and the right of association to support it were almost forgotten, until they were revitalized in modern times by thinkers such as Jamal al-Din al-Afghani [d.1897] and Muhammad Abduh [d.1905].

It was nonetheless a principle essential for maintaining pluralism in all avenues of human life. Unless differences of opinion are given equal chances of expression and are allowed to gather support through a legitimate mechanism and well-organized institution, how can their merits be fairly weighed and decided?