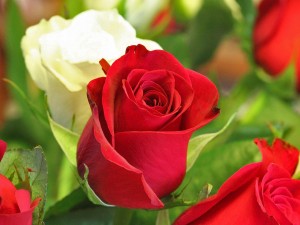 As for the other types of FGC, there is no basis for this practice in Islam, rather it is strictly prohibited, as in the hadeeth which implies its permissibility is a prohibition from going to extremes.

A Difference of Opinion

Although circumcision of males is an act regarded as commendable in Islam, the scholars have differed in regards to females. Some scholars have regarded the act as commendable, while others regard it as merely permissible. Lately, some have even stated its impermissibility. All these opinions are based upon a number of Prophetic narrations (hadiths) relating to this subject.

The scholars of Islam who state that circumcision is a commendable act mainly do so due to a hadith in which the Prophet, may the mercy and blessings of God be upon him, said:

“Circumcision is Sunnah for men and an honorable thing for women.” (Musnad Ahmad)

From this narration, the scholars of Islam understand the encouragement of the Prophet to circumcise both men and women to be a commendable act in the religion, based about known principles of Islamic Jurisprudence.

Those who regard it as merely being something permissible base their opinion on an additional narration, known as the narration of Umm Atiyyah, in which the Prophet came to know of a circumcision being performed upon a female child. He related instruction to the woman performing it saying:

“Trim, but do not cut into it, for this is brighter for the face (of the girl) and more favorable with the husband.” (Mu`jam al-Tabarani al-Awsat)

From this hadith, the scholars deduce the permissibility of the circumcision of females, as the Prophet did not clearly forbid it. They also deduce, however, the impermissibility of going to extremes in doing so, based upon his prohibition of “cutting into it”.

When one looks into the statements of the scholars of hadith, however, they will find that quite a number of the most prominent of them, such as Ibn Hajar, al-Bukhari, Abu Dawud, al-Bayhaqi, ibn-ul-Mundthir, ash-Shawkani, state that they are weak and cannot be relied upon. Ibn ul-Mundthir said:

It is known amongst the scholars of Islam that if a hadith is found to be weak and unreliable, it is impermissible that it be used as evidence to establish a ruling in Islam, as all legal rulings in the religion must be verified with authentic, unambiguous proofs.

What one can see is that Type I FGC, sometimes called “Sunnah” circumcision, does have some basis in the religion of Islam, however weak this basis may be. It is key to note, however, that it is only this first type which some of the scholars regarded as permissible or commendable, which is the clipping of the prepuce until the glans becomes visible, or less. This procedure is harmless and has no detrimental effects upon women, and is similar to the circumcision of men, as mentioned previously. Rather, some have even argued that there are some benefits to this procedure, as mentioned earlier, such as increase of sexual pleasure, prevention of unpleasant odors which result from foul secretions beneath the prepuce, and reduction of the incidence of urinary tract infections and infections affecting the reproductive system.[2]

As for the other types of FGC, there is no basis for this practice in Islam, rather it is strictly prohibited, as in the hadith which implies its permissibility is a prohibition from going to extremes. Also, Islamic law protects women’s right to sexual enjoyment, demonstrated by the fact that a woman has the right to divorce on the grounds that her husband does not provide sexual satisfaction. As for those Muslims in certain parts of the world which do practice this form of female genital mutilation, as they grow in their understanding of Islam, they will start to put aside these abominable actions. A clear example of this is that that one of the various groups in Kenya who do not practice FGM are the Muslims, although it is a country whose people are known to practice it,.

We must emphasize, however, that the correct stance is that there is no reliable text which directly encourages any form of circumcision, and thus the matter is left to other general texts which prohibit infliction of harm and those which encourage all things healthy and beneficial. One fundamental of Islamic jurisprudence is that what is not specifically prohibited is allowed, but still subject to other indirect texts. This makes for a great deal of tolerance in religion, but also allows it to cope with new issues brought by time. If it is found that circumcision is medically beneficial to females or to society, then it would be at the most something encouraged by Islam, as all things beneficial to life are regarded as commendable in religion. But if it is found, on the other hand, that circumcision is harmful, then it would definitely be regarded as something forbidden in Islam, as Dr. Abd al-Rahmân b. Hasan al-Nafisah, editor of the Contemporary Jurisprudence Research Journal based in Riyadh, Saudi Arabia stated in his article entitles Female Circumcision & Islam: “In Islamic Law, preservation of the person – the life and bodily soundness of the person – is a legal necessity. Anything that compromises this legal necessity by bringing harm to the person is unlawful.”[3]

One thought on “Female Circumcision in Islam (2/2)”