Allah both Transcendent and Immanent 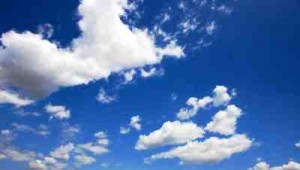 He is the Sustainer of everything, directly sustaining every instant of the existence of all things.

Of central importance to the Islamic creed is a firm belief in God that accords with the precepts set in the Qur’an and Sunnah.

While the majority of humanity believes in an absolute, the Islamic definition of God is precise and unique, and not subject to personal revisions.

In other words, Allah is as He is, and our belief in His reality benefits no one but ourselves.

With this in mind, we have endeavored to define the Islamic understanding of Allah in a candid, albeit simple, language:

Allah is One, without any partners. He has no sharers in His essence, attributes, actions, or rulings. He is the sole Creator of all that exists, has existed, and will ever exist. Everything other than Him is His creation – that is, a contingent being that came into existence after it did not previously exist.

There is nothing like Him, and it is impossible to imagine or conceive Him. He is not qualified by the laws of His creation. He is not encompassed by direction or distance. Allah existed as He has always been before the creation of time and space. He not only created time and space, but He is transcendentally beyond them.

Allah is the eternally-existing, necessary first cause. Unlike His creation, which is a possible existent subject to nonbeing, beginning, and ending, Allah has no beginning and He will never perish or come to an end. Scholars have also explained, “Bringing creation into existence did not add anything to His attributes that was not already there.”

He is the Sustainer of everything, directly sustaining every instant of the existence of all things. He alone gives life and He alone gives death, and He will re-create and resurrect living rational beings for judgment and retribution just as He created them the first time. Nothing is difficult for Him.

His omnipotence encompasses all things intrinsically possible. He cannot terminate His own existence, for “the divine nature necessarily entails the divine perfections, of which being is one. It is impossible that Allah could cease to have this perfection or any other, for otherwise He would not be God.”

Similarly, it is impossible for created things to contravene the knowledge or speech of Allah, for by being connected with either of these two divine attributes, it has become contingently necessary for any created thing to conform and submit.

His knowledge encompasses all things. It is not subject to change or increase; it is not based on time or chronology. He knew the actions and eternal abodes of all of humanity before its creation, and its actual existence and conformity to Allah’s pre-temporal knowledge neither increased nor benefited Him.

Allah is the source of all benefit and harm. If all of humanity gathered together with the sole intention of benefiting or harming a single person, it would be absolutely powerless to do so save by the will and permission of Allah.

In a similar vein, Allah alone guides to His single, eternal truth, and He likewise leads astray. All good works done by a person are not a consequence of his own knowledge, effort, or piety, but rather they issue from a divinely-bestowed ability that Allah grants to whom He wills.

It should be noted at this point that while the masculine pronoun “He” is used in both Arabic and English to denote Allah, He is nonetheless transcendentally beyond any gender.

The Signs of Allah

The universe is, in essence, a book, though few people are truly able to read it. With a printed book, a person may become obsessed with the font style, binding, paper quality, and other superficial features, while he never learns or takes the time to read the actual message contained therein.

Similarly, most people confine their attention to the externalities of the world, such as the relationship between cause and effect, and they never perceive the underlying message of creation, namely, that behind it lays a single, all-wise, all-powerful Creator.

Regarding the manifest signs of Allah all around us, a knowledgeable British convert to Islam writes the following:

“We cannot live, for instance, without daily rest; both the human body and the human mind are constructed to need it. This fact is not in itself surprising, but what is surprising is that the solar system collaborates with us in our human frailty and provides us with a day and a night exactly suited to our needs.

Sweet water is a necessary condition of human existence; it is equally necessary for those plants which produce man’s staple foods, which themselves depend on each other. If sea water were to invade our rivers and wells or rain down from the sky, is there any doubt that we should all die of hunger and thirst in a few days and the whole world become an empty desert? Yet sea water is only held back by an invisible barrier over which we have no control and the sun and the clouds co-operate in order to desalinate our water for us and so give us life.”

By reflecting upon the innumerable miracles within the cosmos around us through the use of the intellect that has been gifted to us, every human being of sound mind and senses is able to attain a basic realization of the existence of a single, omnipotent God. Through His Mercy and Guidance in the form of prophets and revealed texts, a person’s realization may ultimately grow into gnosis of the true nature of Allah and His Oneness, a concept know in Islam as Tawheed.

In order to provide a better understanding of Islamic Tawheed, we have provided a description of Allah and some of His attributes as it appears in a famous, classical text of Islamic knowledge.

The following is an original translation of excerpts from Revival of the Religious Sciences by Imam Abu Hamid Al-Ghazali:

Allah is singular in His essence with no partner, Unique with no equivalent, Absolute, no opposite has He, Alone without peer. He is beginningless without predecessor, perpetual of being without end, singularly sustaining everything without stop. He is not victim to termination or cessation, or to the elapsing of spans or the passing of interims. Rather He is the First and the Last; the Outward and the Inward – and He has knowledge of everything.

No measure confines Him, no space contains Him, no direction encompasses Him, nor do the heavens surround Him.

He is above everything until the farthest reaches of the stars – an above-ness that does not increase His nearness to the heavens; rather He is exalted in degree above the heavens to the same extent that He is exalted in degree above the depths of the earth. Notwithstanding, He is near to all existence, and He is nearer to the bondsman than his jugular vein. His nearness, however, no more resembles the nearness of bodies one to another than His essence resembles the essences of bodies.

He is too sublime that space should encompass Him, as He is too hallowed that time should restrict Him. Rather He was, before He created time and space, and He is now as He was always. He is separate from His creation by His attributes. He is transcendentally holier than to be subject to change and movement. Rather He remains in His qualities of absolute majesty, not subject to abating, and in His qualities of perfection with no need of increase.

He is Living, Almighty, Irresistible, Overpowering; deficiency does not affect Him nor does incapacity. “No slumber can seize Him nor sleep.”

Extinction and death do not counteract Him. He is possessed of absolute dominion, sovereignty, and grandeur; to Him is creation and command.

He is matchless in creating and beginning, solitary in causing existence and originating. He creates all beings and their acts, decrees their sustenance and spans. Nothing possible is outside His grasp, and He is never detached from the absolute governing of all affairs. His abilities cannot be enumerated, and His knowledge is boundless.

He knows all things knowable, encompassing all that transpires between the depths of the earths to the ends of the universe. Nothing of an atom’s weight in the earth and the heavens escapes His Knowledge; rather He knows the creeping of a black ant across a soundless stone on a lightless night.

He knows the movement of the particles on a windy day. He knows the hidden and what is beyond. He presides over the thoughts of the conscience, the movements of the cerebrations, and the recondite subtleties of the psyche, with a beginningless, eternal Knowledge that has been with Him forever.

He is the willer of all that exists, and He is the director of all that occurs. Nothing occurs in the seen or unseen world, be it minimal or abundant, small or large, good or evil, beneficial or harmful, of belief or disbelief, knowledge or ignorance, triumph or ruin, increase or decrease, obedience or defiance, except by His decree, foreordainment, command, and volition. What He wills is, and what He does not will is not.

God hears and He sees. No audible thing, however faint, escapes His hearing, and no visible thing, however minute, is hidden from His sight. Distance does not impede His hearing and darkness does not obstruct His seeing. His attributes do not resemble the attributes of the creation to the same extent that His essence does not resemble the essences of creation.

Everything other than Him is an originated thing that He created by His power from nothingness, since He existed in eternity alone and there was nothing whatsoever with Him. He originated creation thereafter as a manifestation of His power and as a realization of His preceding Will, not because He had any need of it.

He is Magnanimous in creating and in imposing obligations upon His creation; He is not compelled to do it by necessity. He is Gracious in beneficence and reform, though not through any need. Munificence and Kindness, Beneficence and Grace are His. He rewards His believing worshipers for their acts of obedience according to generosity and encouragement rather than according to their merit and obligation, for there is no obligation upon Him in any deed towards anyone. Tyranny is inconceivable in Him, for there is no right upon Him towards anyone.

While these are the Islamic beliefs on Allah in written form, it must be noted that a person is not accountable for his intellectual understanding of them, but rather he is responsible for truly incorporating them in his heart. True conviction in Allah’s existence and in His actual relationship with every one of us comes only with His mercy and guidance.

As such, Muslims ask Allah in every prayer for guidance unto His Straight Path.

Ahmad Souza holds an M.A. in Arabic Language and Literature and is a doctoral candidate. He is a writer and consultant to Discover Islam.