“Belief in Allah Is Illogical” Says the Atheist? 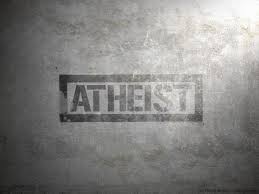 Studies show that the “God Spot” in the frontal lobe of the brain is activated when the subjects think about God. Additional research has been conducted on this phenomenon in the recent years.

In the West, two powers are rising: Islam and atheism. These two worldviews are at odds with each other, where atheism claims to be progressive and based on pure logic with God having no part in it, Islam claims to be relevant and reasonable with God as the driving force for all that exists.

Could it be that atheism is a result of the belief that religion is irrational, incoherent, full of bigotry and hatred? Or does the atheist look for logical reasons to believe in the existence of God and he has not found it in religion?

Did he know that Aristotle and Plato, the fathers of logic, believed that God must exist and that all things must have a beginning – except God?

Plato argued that the design of creation must have a designer. While he may have been from a time before modern science he is still viewed as one of the most logical thinkers in history.

It is a fact that the majority of humanity has believed in God for thousands of years. It is only the 20th century that whole societies have been established based on denial of God including places where atheism was actively promoted in countries like China and Russia.

Yet, despite their severe attempt to cut off their citizens from belief in God, still many did not abandon their belief and worshiped in underground sanctuaries. After the fall of some of these regimes, the world witnessed the resurgence of religion in the very societies that tried to quash religious beliefs.

The West took a different approach to dismantle God-consciousness from the minds of its citizens. With the introduction of evolution to schools and society, God was given no place in creation, as though creation produced and created itself.

The Darwinist view gave the physiologist and anthropologist the opinion that belief in God must have been nurtured. They argued that since humans come from apes which have no God-consciousness, then this could not have been in the nature of humans, but a learned and nurtured characteristic.[i]

Yet, many modern researchers concluded that believing in God must be natural in human beings. Scientists believe that they have discovered a section in the human brain that is responsible for man’s instinct to believe in religion.

Studies show that the “God Spot” in the frontal lobe of the brain is activated when the subjects think about God.  Additional research has been conducted on this phenomenon in the recent years.[ii]

Although the Qur’an addresses God’s great attributes, it does not address His existence in the same length, as though acknowledging that God consciousness already exists in the soul. The verses below are among the few that challenge the ones who deny His existence.

If humans need logic and reason to believe in God’s existence, the above verses put it forth for them which indicate:

Did humans create themselves? Is this logical? One must already exist in order to create one’s self. But in order to be created, one must first not exist!

So, humans must be created by something already in existence. In order for this to happen, there must be an infinite regression of causes which leads to humans not being in existence. If C1 was created by C2 and C2 by C3 to CN, then C1 cannot exist unless C2 does and so on. And CN means that it has no beginning. Consequently, C1 cannot exist. So if human existence is preceded by an infinite amount of causes requiring an infinite amount of time to take place, it is as saying that they will never take place. Human existence thus becomes impossible. Greek philosopher Aristotle argued similarly that infinite regression of the causes and effect chain was impossible. [iii]

This leaves one possibility: Humans and other created things were created by a being which is itself not created.

So, we come away with the understanding that God alone is the Creator of all that exists.

This also means that God is Eternal, with no beginning and no end – thus it makes logical sense that He would be the one who created the universe and all that is in it. He is Ever-living, Self Subsisting, Self-sufficient – Traits unique to Allah alone.

Allah is able to do all things and He is above implied attributes that make Him no longer God. Thus coming up with absurd demands, questions and comments about Him only manifest the questioner’s inability to perceive who God really is.

By far, the most potent and logical method to come to know God’s existence is through His own words – the Qur’an.

A sincere seeker would journey to the very depth of human existence starting from his creation, the role of angels, messengers and the purpose of life here on Earth.

One would find a procession of logical events that took place right from the creation of Adam and Eve, the first of human creation, role of Satan, their fall, and process of God’s guidance to humanity through messengers all the way to the last of them, Prophet Muhammad (peace be upon them all).

Why Should I Consider Islam?

Despite the recent years of Islamophobia which caused the unaware much confusion about Islam through continuous media propaganda, Islam at its core has withstood the test of time.

Since Islam stands adamantly firm about believing in one and only one God, all other religions that negate this truth or contain ambiguity are rejected.

Humans have made and changed laws since the very beginning of their time on Earth. Yet, God’s laws are for all mankind and for all times. The Qur’an has stood challenges of its opponents and demonstrated to be the only original, uncorrupted holy Book that proves the existence of God through various logical examples, stories, metaphors and scientific miracles.

A sincere seeker soon finds himself submerged in the very depth of the secrets of life presented to him in the Qur’an in a manner that amazes the intellect, intelligence and reason.

He would ponder on verses such as this:

{Verily, in the alternation of the Night and the Day, and in all that Allah hath created in the heavens and the earth, are Signs for those who fear Him.} (Yunus 10:6)

He would ask about who is his sustainer who is giving him all the faculty of his existence, life, and death of all creatures, and his answer is given:

The above verse was directed to disbelievers who, although they rejected God’s guidance and message of prophets, deep inside they knew all that exists comes only from Allah.

Allah informs us that every human being is born with the knowledge of Allah’s oneness. It is only through his upbringing, his parents, and society that this God-given nature changes and is perverted to other beliefs.

Our Lives and Our Decisions

If you are still reading this article and started out by being an atheist, we hope that the simple explanations we provided for you here would at least spark interest to take steps further to gain a better understanding of Islam and the book of Allah, the Qur’an.

Allah bestowed the gift of free will to all mankind to choose their path, while guidance was also presented to them. Yet, He or His messengers would never compel anyone to believe, except by a person’s own conviction.

{If it had been the Lord’s Will they would all have believed all who are on Earth! Will you then compel mankind against their will to believe?} (Yunus 10:99)

What If I Did Believe?

Believing in God’s existence has many fruits. Here are two main ones:

A God-conscious personality: which is developed through observing the pillars of Islam. He has a purpose for life and lives to please his creator and thus pleasing His creatures. He also has strong self-control.

A stable personality: He knows everything happens by the will of Allah. He bears hardship with patience and knows his life’s affairs are guided by the One he has put his trust in.

Both these characteristics are the keys to a peaceful, conflict-free life and, best of all, serious steps toward Paradise.

[i] The Clash of Civilization: An Islamic View. Dr. Abu Amina Bilal Phillips

Raya Shokatfard holds an MA in Journalism/Mass Communications and an M.A.D. in TV journalism. BA in Communication and BA in Islamic Studies in progress. She has been Islamic propagator in the U.S and Egypt for many years and academic lecturer, writer, international presenter, consultant, foreign correspondent, and former Editor in Chief for Reading Islam website. She can be reached at raya4peace@gmail.com