From Non-Being to Being 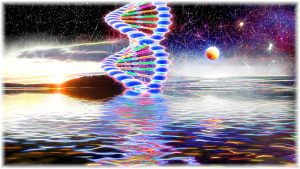 Materialism is a false system of thought that holds matter to be an absolute being and denies the existence of anything but matter.

From Non-Being to Being

The questions of how the universe originated, where it leads to, and how the laws maintaining its order and balance work have always been topics of interest. Scientists and thinkers have thought about this subject endlessly and have produced quite a few theories.

The prevailing thought until the early 20th century was that the universe was of infinite size, that it had existed since eternity, and that it would continue to exist forever. According to this mistaken view, called the “static universe model”, the universe had neither a beginning nor an end.

Laying the groundwork for the materialist philosophy, this mistaken view foolishly denied the apparent existence of Allah while it maintained that the universe is a constant, stable, and unchanging collection of matter.

Materialism is a false system of thought that holds matter to be an absolute being and denies the existence of anything but matter. Having its roots in ancient Greece and gaining ever-increasing acceptance in the 19th century, this system of thought became famous in the shape of the dialectical materialism of Karl Marx.

As we have stated earlier, the static universe model of the 19th century prepared the ground for the materialist philosophy. In his book Principes Fondamentaux de Philosophie, George Politzer stated an erroneous idea concerning the basis of this unscientific universe model, i.e., that “the universe was not a created object”, and added:

If it were, then it would have to be created instantaneously by God and brought into existence from nothing. To admit Creation, one has to admit, in the first place, the existence of a moment when the universe did not exist, and that something came out of nothingness. This is something to which science cannot accede.

When Politzer asserted that the universe was not created out of nothingness, he was relying on the static universe model of the 19th century, and thinking that he was making a scientific claim. However, the 20th century’s developing science and technology demolished primitive concepts such as the static universe model that had laid the ground for the materialists. Today, in the early 21st century, modern physics has proved with many experiments, observations and calculations that the universe had a beginning and that it was created out of nothing with a big explosion.

That the universe had a beginning means that the cosmos was brought into being out of nothing, that is, that it was created. If a created thing exists (which did not exist beforehand), then it certainly should have a Creator. Being from non-being is something inconceivable to the human mind. Therefore, being from non-being is very different from bringing objects together to form a new object (such as works of art or technological inventions). It is a sign of Allah’s Creation alone that everything formed perfectly all at once and in a single moment, when the created things had no previous examples and not even time and space existed in which to create them.

The coming of the universe into being from non-being is the greatest proof possible that it has been created. Consideration of this fact will change a lot of things. It helps people understand the meaning of life and review their attitudes and purposes. This is why many scientific communities have tried to disregard the fact of Creation which they could not fully comprehend, even though its evidence was clear to them. The fact that all scientific evidence points to the existence of a Creator has compelled them to invent alternatives and thus create confusion in the minds of people. Nevertheless, the evidence of science itself puts a definite end to these theories.