Is Allah a Loving God? 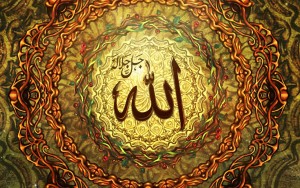 Everything we feel, hear, taste, smell, and see, and even the things we can’t see or feel, is a form of blessing given to us, out of His infinite love for us.

Is Allah a Loving God?

Frequently, Christians say to me that “God is Love”, as if the God I know and love is not a loving God.

They couldn’t be more wrong, because:

One of the 99 names of Allah is “Al-Wadoud” (the All-Loving). So, when they tell me that Allah is not a loving God, I am confident to correct them stating that Allah is the MOST loving.

The word “Al-Wadoud” means that He loves and honors those that worship Him. He gives His blessings upon them out of His love for them.

“On those who believe and work deeds of righteousness, will (Allah) Most Gracious bestow love.” (Maryam 19:96)

The entire universe and everything in it is proof of Allah’s love for all of mankind. He loves us so much that He gave us an endless variety of foods, a vast array of wildlife, the ability to see changes in our surroundings by the changes in weather, and the sun, moon, and stars, companions to share our lives with, and offspring to share in the world with us.

Everything we feel, hear, taste, smell, and see, and even the things we can’t see or feel, is a form of blessing given to us, out of His infinite love for us.  He didn’t have to give us these things that make the world interesting, but He did!

If we take a look at all the 99 names of Allah, it becomes evident that He is most certainly a loving God. All of His names refer to benevolence, generosity, mercy, kindness, clemency, and forgiveness. This tells us something very important, which is that he is a loving God, beyond our imagination’s ability to fathom!

When we read the Qur’an, we find that every chapter, except one, begins with His reminder that He is the “Most Gracious” (Ar-Rahman), and “Most Merciful” (Ar-Rahim), which are also of His 99 names.  He even tells us that if we do a sin, and if we repent, He will be “Oft-Forgiving” and “Most Merciful”.

You may hear non-Muslims frequently spouting that the teachings of Islam are all about fear and punishment, but I must say that people that say these sorts of things, obviously haven’t read the Qur’an, and if they did, they are overlooking the verses that speak of His love and mercy for mankind.

In the first hadith Qudsi, Allah tells the Prophet:

“My mercy prevails over my wrath.” (Hadith Qudsi, 1)

Allah’s Love is More Than a Mother’s Love!

Do you remember when you were a child, and you wanted to do something that your mother was vehemently against, and you just thought she was withholding it from you as a punishment? Then, when you grew up, you came to understand why she did it, and it was because she loved you, and she knew what was better for you? Well, can you imagine that Allah loves us even more than our own mothers?

Now that you are all grown up, you may feel that Allah is withholding things from you, which make you sad, but remember, He is your Creator, and knows what is better for you.  He may withhold things you want because He knows it is not in your best interest to have it at that moment in time.

Who knows, maybe you would be robbed, or killed over it, or you would fall into sinning with it. Maybe He knows it would benefit you most to provide it in the future. He tells us:

“Gracious is Allah to His servants: He gives Sustenance to whom He pleases: and He has power and can carry out His Will.” (Ash-Shura 42:19)

So, next time you are feeling down about being broke, say “Alhamdulillah” because it is a blessing in disguise, but you know not. After some time passes by, you may become aware of the wisdom behind the situation.

Allah Even Commands the Angels to Love You!

The Prophet Muhammad (peace be upon him) told us:

“If Allah loves a person, He calls Gabriel, saying, ‘Allah loves so and so, O Gabriel love him.’

So Gabriel would love him and then would make an announcement in the Heavens: ‘Allah has loved so and-so therefore you should love him also.’

So all the dwellers of the Heavens would love him, and then he is granted the pleasure of the people on the earth.” (Al-Bukhari, 7485)

To give you an idea of the number of angels there are that are ordered to love you, we can find that in the hadith where the Prophet described the Much-Frequented House (al-Bayt al-Ma’moor) in the seventh heaven:

“Then I was taken up to the Much-Frequented House: every day seventy thousand angels visit it and leave, never returning to it again, another [group] coming after them.” (Muslim, 162 a)

“…Whosoever shows enmity to someone devoted to Me, I shall be at war with him. My servant draws not near to Me with anything more loved by Me than the religious duties I have enjoined upon him, and My servant continues to draw near to Me with supererogatory works so that I shall love him.

I do not hesitate about anything as much as I hesitate about [seizing] the soul of My faithful servant: he hates death and I hate hurting him.” (40 Hadith Qudsi, 25)

Don’t Be Lazy in Loving Allah

Sometimes we may feel that Islam feels like work, but if we remember what the Prophet Muhammad told someone who asked:

“O Messenger of Allah, indeed, the legislated acts of Islam have become too much for me, so inform me of a thing that I should stick to.”

“Let not your tongue cease to be moist with the remembrance of Allah.” (At-Tirmidhi, 3375)

If we remember Allah, He will remember us. If you go to Him walking, He will come to you running!

Even if You Are the Worst of Sinners!

Allah’s love for us also extends to His boundless mercy and forgiveness for those who repent. He told Adam that as long as man turns to Him in repentance, that He will let it go, even if your sins reached the clouds of the sky, or as great as the Earth, that He will forgive.

Do you know of anyone on the planet that is willing to forgive you if you did that many things that displeased them?

I highly doubt it.

Humankind will hold grudges, and never forgive over one thing done against them, so this shows the insurmountable love that Allah has for us if He is willing to forgive us even if we are the worst of sinners!

So, how can anyone think or say that Allah is not a loving God?

I can’t imagine it!

Shannon Abulnasr is an American convert sister who accepted Islam in 2006, and since has dedicated her efforts as an advocate supporting new Muslims after their shahada. You can read her reversion story here and visit her website created for new Muslims and non-Muslims.