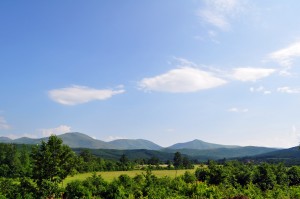 Religion provides power for facing adversities and serves as a bulwark against undesirable reactions of despair and hopelessness.

To understand what religion is and what is its role in the life of men, we should first of all know its definition.

Religion may briefly be defined as under:

Religion (din) is an all-round movement in the light of faith in Allah and a sense of responsibility for the formation of thought and belief, for the promotion of high principles of human morality for the establishment of good relations among members of the society and the elimination of every sort of undue discrimination.

Keeping in view this definition, our need for religion and religious teachings is absolutely clear. To be a little more elaborate, it may be said that we require religion for the following reasons:

Religion provides a sanction for the principles of morality like justice, honesty, righteousness, brotherhood, equality, virtuousness, tolerance, sacrifice, help to the needy and other kindred virtues. These are the virtues without which, not only our life will lose its order and normalcy but it is very likely to be turned into a chaos.

Of course, it is possible to acquire these moral and social qualities without the aid of religion. But certainly in the absence of firm religious belief, these values appear to lose their meaning and become a series of mere unbinding recommendations, because in such a case they do not amount to more than a piece of advice from a close friend in respect of which we are at full liberty to accept or reject.

These qualities are rather based on an internal feeling and faith and are naturally beyond the scope of ordinary law.

It is only faith in the existence of an Eternal Being, who knows man equally from within and without and who has full control over him, that cultivates these virtues within man and impels him to automatic righteousness and adherence to duty, and if need be, to make sacrifices for the sake of others.

The well-known philosopher-cum-historian, Will Durant says in his book, ‘Pleasures of Philosophy‘ that, without the backing of religion, morality is nothing more than arithmomancy, as without it, the sense of obligation disappears.

Religion provides power for facing adversities and serves as a bulwark against undesirable reactions of despair and hopelessness.

A religious man, with firm belief in Allah, and of His munificence, does not find himself in utter desperation even in the worst moments of his life, because he knows well hat e is under the protection of a Being who is Almighty. With faith in the fact that every problem can be solved and every deadlock can be resolved with His help, he can overcome every disappointment and hopelessness.

For this very reason, it very seldom happens that a truly religious man suffers from the acute reactions of desperation like suicide, nervous breakdown or psychic ailments which are products of frustration and defeatism.

“Surely those who are close to Allah, have no fear nor shall they grieve.” (Yunus 10:62)

Thus, religious faith is, on the one hand, a motivating force, and on the other, it is a factor which enables man to face hardships with courage and saves him from the ill effects of failure and disappointment.

Following the downfall of the Nazis, says Bertrand Russell says there existed a danger of intellectual and ideological revolt in Germany, but no doubt, religion has been one of the biggest factors in that country’s return to stability.

According to Dr. Durant, behavior of a man who is not blessed with reliance on religion suffers from special epicurean confusion, and the life which has not the comforting support of religion, is an unbearable burden.

Man cannot live in an ideological vacuum for long and as such his tendency towards a wrong ideology and false values becomes definite. His intellectual life is not filled with sound beliefs and healthy teachings. A superstitious and even destructive ideas may find way into his spiritual firmament and may forever pollute his brain.

Instances of man’s tendency towards idolatry, man worship, diverse superstitions and credulity regarding the influence of irrational things over destiny, can be witnessed even in the lives of world intellectuals. All this originates from spiritual vacuum. It is religion which can fill the ideological and intellectual vacuum with sound teachings and can save one from a tendency towards absurdities and irrationalities.

Hence, true understanding of religion can play an important role in combating superstitions, though it is true that even religion itself, if not understood correctly, may promote superstitions.

Religion with its firm and sound teachings can be an effective factor in scientific progress, because its foundation has been laid on the solid bed-rock of “freedom of will” and on the fact that everybody is accountable for his own deeds.

“Everyone is entangled in the outcome of his deeds.” (Al-Muddaththir 74:38)

Faith in religion teaches that limitless knowledge is the source of this cosmos, which is like a very grand book penned by an erudite scholar. Every page of it, nay every line and every word of it, contains a glaring truth which stimulates us to further study and contemplation.

This attitude towards the cosmos undoubtedly stimulates persistent thinking over the mechanism of creation and consequently, helps in the advancement of science and knowledge.

In contrast, if we hold that this universe is the product of sheer mechanical factors having no intellect, there remains no plausible reason why we should make strenuous efforts to discover its secrets. In principle, a universe which is the outcome of the working of an unconscious machinery, can neither be well-designed nor mysterious.

Apart from giving a deadly blow to the advancement of science and knowledge, such conception of cosmos negates the very fact that man’s instinct is basically rooted in religion. Albert Einstein was very true when he pointed out why great thinkers and discoverers are all interested in religion.

He said that it was hard to find anyone among the great thinking brains of the world who might not have a sort of religious feeling peculiar to him. That feeling was different from the religion of the man in the street.

It has the form of a delightful wonder at the marvelously accurate system of the universe, which from time to time, unveils secrets in comparison with which all organized human thinking and research are rather weak and stale. This feeling illuminates the path of the life and efforts of a scientist and as he gains success and honor, it keeps him free from the deadweight of selfishness and pride.

What a belief in the system of the universe and what a fascinating desire it was, he adds, that enabled Kepler and Newton to suffer for years in isolation and in complete silence in order to simplify and explain the laws of gravitation and planetary motion! No doubt, it is this very religious feeling that enabled the self-sacrificing and self-effacing men through long centuries, in spite of their apparent defeats and failures, to rise on their feet again and make fresh efforts. (The world as I see)

The contemporary scientist, Abernethy, says that science for its own perfection should regard faith in God as one of its accepted principles. Thus a religious man, following the true teachings of religion, can more than anybody else, carry out research and discover the secrets of nature.

Religion strongly opposes every discrimination based on color, race or class, because it regards all human beings as God’s creatures and every country as God’s country. According to it, all enjoy God’s love and kindness equally and as such, all are equal.

According to the teachings of Islam, no man can be superior to another man on the basis of his color, race, descent, language or class.

Islam recognizes only piety and knowledge as the touch-stones of superiority. Allah says:

“Man, we have created you from a male and a female, and we have divided you into nations and tribes, so that you may get to know one another. Surely the most honorable of you in the sight of Allah is he who is most pious.”(Al-Hujurat 49:13)

Thus the role of religion in a world that has not yet been able even to solve the color problem, the question of class apart, is quite clear.

Anyhow, it cannot be denied that every kind of religious thought or belief cannot produce the de-sired results.

Like every other intellectual movement, religion also requires correct guidance. Otherwise it assumes the form of superstition, monasticism, escape from positive life and pseudo-agnostic negative tendencies, the examples of which can even now be seen in the West, where people have become fed up with a mechanical life. It is only in such an atmosphere that for want of correct knowledge, religion is regarded as an obstructive factor.

Pingback: Religion and Its Role in Human Life (Part 2 / 2)