Which Is the True Religion of God? 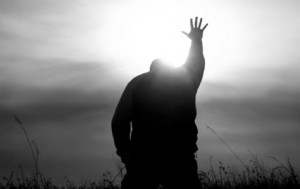 Each person is born in a circumstance which is not of his own choosing.  The religion of his family or the ideology of the state is thrust upon him from the very beginning of his existence in this world.  By the time he reaches his teens, he is usually fully brain-washed into believing that the beliefs of his particular society are the correct beliefs that everyone should have.  However, when some people mature and are exposed to other belief-systems, they begin to question the validity of their own beliefs.  The seekers of truth often reach a point of confusion upon realizing that each and every religion, sect, ideology and philosophy claims to be the one and only correct way for man.  Indeed, they all encourage people to do good.  So, which one is right?  They cannot all be right, since each claims all others are wrong.  Then how does the seeker of truth choose the right way?

God gave us all minds and intellects to enable us to make this crucial decision.  It is the most important decision in the life of a human being.  Upon it depends his future.  Consequently, each and every one of us must examine dispassionately the evidence presented, and choose what appears to be right until further evidence arises.

Like every other religion or philosophy, Islam also claims to be the one and only true way to God.  In this respect it is no different from other systems.  This booklet intends to provide some evidence for the validity of that claim.  However, it must always be kept in mind that one can only determine the true path by putting aside emotions and prejudices, which often blind us to reality.  Then, and only then, will we be able to use our God-given intelligence and make a rational and correct decision.

There are several arguments which may be advanced to support Islam’s claim to be the true religion of God.  The following are only three of the most obvious.  The first argument is based on the divine origin of the names of the religion and the comprehensiveness of its meaning.  The second deals with the unique and uncomplicated teachings concerning the relationship between God, man, and creation.  The third argument derives from the fact that Islam is universally attainable by all men at all times.  These are the three basic components of what logic and reason dictate necessary for a religion to be considered the true religion of God.  The following pages will develop these concepts in some detail.