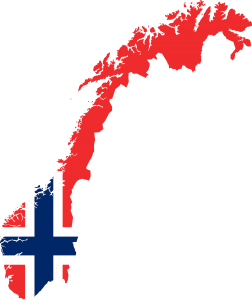 And after realizing that, I slept with my lights off, which is something that I’ve never done in years.

I was born, growing up, being taught that Muslims are terrorists and that they want to force everyone to become Muslim. And as all kids, I trusted my parents, and I believed that what they said was true.

But when I became older, I got more and more friends who were Muslims. And I started to wonder why my parents said what they said because my friends were so good to me and I knew I could always count on them.

When I started in sixth grade, I was getting really bullied by boys in my class. They used to call me things and throw things at me and they wouldn’t even touch the same things I touched because it had Miranda virus. When I was in seventh grade, a guy in my class told me that everyone would be so happy if I killed myself. And eventually, I started wondering if it was true and from that point, I had suicidal thoughts.

I also harmed myself because I thought it helped me feel better because I forgot why I was sad and I only focused on the pain on my arms. Last year, I wanted to kill myself. I didn’t know how I was going to do it, so I found a website called […] (The editor deleted the name so that others may not use it in one way or another). I just wanted to talk to a random stranger to get all my thoughts out of my head. I met this boy there.

His name is Zain. And we started talking, and he talked me out of committing suicide. We became really good friends, and we started to develop romantic feelings towards each other. So later we decided that we wanted to be with each other and that one day we would marry. And this was when I started to think about Islam. I was wondering how someone that amazing could, according to my parents, be a terrorist. Therefore, I started reading articles about Islam and I watched YouTube videos about it. And I realized that it wasn’t that different from Christianity. I was never really a true Christian, but I went to Christian meetings because my grandparents were in a community called Brunstad Christian Church. So I almost was forced to go to these meetings because of my grandparents. But I’ve never agreed with Christianity. I don’t like how the Bible was edited or how Christians worship Jesus instead of worshipping only God.

And then, during Ramadan, I was feeling really suicidal and sad, so I found my blade and I wanted to harm myself. But earlier, I downloaded an App so I could see when the praying times were because I was curious to see when Zain had to pray. And I got this notification on my phone saying it was time to pray Maghrib. And I went on my phone and on that App and I started reading the Qur’an. And I was filled with such happiness and joy and peace. It was an amazing feeling, and I forgot about why I was sad and that I was holding a blade. That’s what made me serious about Islam, and that’s what made me accept it.

I started reading a book called The Life of Prophet Mohammad. And I read the Qur’an as well. And I’ve always been scared of the dark, especially after watching horror movies. But I was reading the Qur’an, and I realized that I don’t have anything to be scared about. Allah is with me, He’ll protect me no matter what. And after realizing that, I slept with my lights off, which is something that I’ve never done in years.

Recently, I’ve been curious about how to pray and I’ve been wanting to go to a Mosque and to get some questions answered. So yesterday, I decided I wanted to go to a Masjid near me. I was so nervous, and I waited two hours outside it before I went home. Today, I went on your site, and I asked my questions, and I got my answers. And I also said the shahadah and I converted and the feeling I got after I said the words is indescribable. I felt so happy! Thank you so much for helping me take the step to convert to Islam.