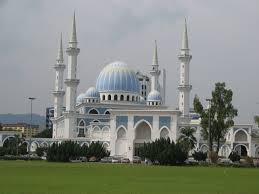 Muhammad Asad’s two important books are Islam at the Crossroads and Road to Mecca. He also produced a monthly journal Arafat and an English translation of the Holy Qur’an.

Muhammad Asad was born Leopold Weiss in July 1900 in the city of Lvov (German Lemberg), now in Poland, then part of the Austrian Empire. He was the descendant of a long line of rabbis, a line broken by his father, who became a barrister. Asad himself received a thorough education that would qualify him to keep alive the family’s rabbinical tradition.

In 1922 Weiss left Europe for the Middle East for what was supposed to be a short visit to an uncle in Jerusalem. At that stage, Weiss, like many of his generation, counted himself an agnostic, having drifted away from his Jewish moorings despite his religious studies. There, in the Middle East, he came to know and like the Arabs and was struck by how Islam infused their everyday lives with existential meaning, spiritual strength, and inner peace.

At the young age of 22, Weiss became a correspondent for the Frankfurter Zeitung, one of the most prestigious newspapers for Germany and Europe. As a journalist, he traveled extensively, mingled with ordinary people, held discussions with Muslim intellectuals, and met heads of state in Palestine, Egypt, Transjordan, Syria, Iraq, Iran, and Afghanistan.

During his travels and through his readings, Weiss’ interest in Islam increased as his understanding of its scripture, history and peoples grew. In part, curiosity propelled.

Muhammad Asad, Leopold Weiss, was born in Livow, Austria (later Poland) in 1900, and at the age of 22 made his visit to the Middle East. He later became an outstanding foreign correspondent for the Frankfurter Zeitung, and after his conversion to Islam traveled and worked throughout the Muslim world, from North Africa to as far East as Afghanistan. After years of devoted study, he became one of the leading Muslim scholars of our age. After the establishment of Pakistan, he was appointed the Director of the Department of Islamic Reconstruction, West Punjab and later on became Pakistan’s Alternate Representative at the United Nations. Muhammad Asad’s two important books are Islam at the Crossroads and Road to Mecca. He also produced a monthly journal Arafat and an English translation of the Holy Qur’an.

Let us now turn to Asad’s own words on his conversion:

In 1922 I left my native country, Austria, to travel through Africa and Asia as a Special Correspondent to some of the leading Continental newspapers, and spent from that year onward nearly the whole of my time in the Islamic East. My interest in the nations with which I came into contact was in the beginning that of an outsider only. I saw before me a social order and an outlook on life fundamentally different from the European; and from the very first there grew in me sympathy for the more tranquil — I should rather say: more mechanized mode of living in Europe. This sympathy gradually led me to an investigation of the reasons for such a difference, and I became interested in the religious teachings of the Muslims. At the time in question, that interest was not strong enough to draw me into the fold of Islam, but it opened to me a new vista of a progressive human society, of real brotherly feeling. The reality, however, of present-day Muslim life appeared to be very far from the ideal possibilities given in the religious teachings of Islam. Whatever in Islam had been progress and movement, had turned among the Muslims into indolence and stagnation; whatever there had been of generosity and readiness for self-sacrifice, had become, among the present-day Muslims, perverted into narrow-mindedness and love of an easy life.

Prompted by this discovery and puzzled by the obvious incongruency between once and now, I tried to approach the problem before me from a more intimate point of view: that is, I tried to imagine myself as being within the circle of Islam. It was a purely intellectual experiment; and it revealed to me, within a very short time, the right solution. I realized that the one and only reason for the social and cultural decay of the Muslims consisted in the fact that they had gradually ceased to follow the teachings of Islam in spirit. Islam was still there, but it was a body without a soul. The very element which once had stood for the strength of the Muslim world was now responsible for its weakness: Islamic society had been built, from the very outset, on religious foundations alone, and the weakening of the foundations has necessarily weakened the cultural structure — and possibly might cause its ultimate disappearance.

The more I understood how concrete and how immensely practical the teachings of Islam are, the more eager became my questioning as to why the Muslims had abandoned their full application to real life. I discussed this problem with many thinking Muslims in almost all the countries between the Libyan Desert and the Pamirs, between the Bosporus and the Arabian Sea. It almost became an obsession which ultimately overshadowed all my other intellectual interests in the world of Islam. The questioning steadily grew in emphasis — until I, a non-Muslim, talked to Muslims as if I were to defend Islam from their negligence and indolence. The progress was imperceptible to me, until one day — it was in autumn 1925, in the mountains of Afghanistan — a young provincial Governor said to me: “But you are a Muslim, only you don’t know it yourself.” I was struck by these words and remained silent. But when I came back to Europe once again, in 1926, I saw that the only logical consequence of my attitude was to embrace Islam.

So much about the circumstances of my becoming a Muslim. Since then I was asked, time and again: “Why did you embrace Islam?  What was it that attracted you particularly?” — and I must confess: I don’t know of any satisfactory answer. It was not any particular teaching that attracted me, but the whole wonderful, inexplicably coherent structure of moral teaching and practical life program. I could not say, even now, which aspect of it appeals to me more than any other. Islam appears to me like a perfect work of architecture. All its parts are harmoniously conceived to complement and support each other: nothing is superfluous and nothing lacking, with the result of an absolute balance and solid composure. Probably this feeling that everything in the teachings and postulates of Islam is “in its proper place,” has created the strongest impression on me. There might have been, along with it, other impressions also which today it is difficult for me to analyze. After all, it was a matter of love; and love is composed of many things; of our desires and our loneliness, of our high aims and our shortcomings, of our strength and our weakness. So it was in my case. Islam came over me like a robber who enters a house by night; but, unlike a robber, it entered to remain for good.

Ever since then I endeavored to learn as much as I could about Islam. I studied the Qur’an and the Traditions of the Prophet (may the mercy and blessings of God be upon him); I studied the language of Islam and its history, and a good deal of what has been written about it and against it. I spent over five years in the Hijaz and Najd, mostly in al-Madinah, so that I might experience something of the original surroundings in which this religion was preached by the Arabian Prophet. As the Hijaz is the meeting center of Muslims from many countries, I was able to compare most of the different religious and social views prevalent in the Islamic world in our days. Those studies and comparisons created in me the firm conviction that Islam, as a spiritual and social phenomenon, is still, in spite of all the drawbacks caused by the deficiencies of the Muslims, by far the greatest driving force mankind has ever experienced; and all my interest became, since then, centered around the problem of its regeneration.

One thought on “Conversion Story of Leopold Weiss”