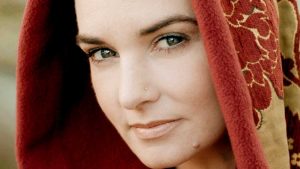 Irish singer Sinead O’Connor has revealed she has renounced Catholicism and converted to Islam, taking the new name “Shuhada’ Davitt”.

O’Connor, who last year changed her legal name to Magda Davitt, said she had ditched the Catholic Church for good in a message to fans on Twitter.

The 51-year-old was previously ordained a priest by a breakaway Catholic sect, the Irish Orthodox Catholic and Apostolic Church, in the late 1990s.

But in a series of recent tweets, the Dubliner revealed she had swapped the clerical collar for the hijab and become a Muslim.

“This is to announce that I am proud to have become a Muslim,” she wrote.

“This is the natural conclusion of any intelligent theologian’s journey. All scripture study leads to Islam. Which makes all other scriptures redundant.

“I will be given (another) new name. It will be Shuhada’.”

The musician, who underwent intensive mental health treatment in the US last year with the help of Dr. Phil, went on to post a video of herself singing the Adhan – the Islamic call to prayer.

“Here is my 1st attempt at singing the Adhan,” she wrote. “I got some pronunciation wrong because emotions took me from my page… but there’ll be hundreds of others onstage to come”.

In another tweet, she added: “Sorry re all the mistakes in my Azan…. 1st attempt. When I’ve practiced it 30 times I’m Gonna make the world stop turning”.

O’Connor also revealed she had received her first Hijab with the help of a friend in Dublin.

“My best friend, Elaine just gave me my 1st Hijab and she got chills all over her body when I put it on,” she wrote.

“Not gonna post a photo because is intensely personal. And I’m an ugly old hag. But I’m a very, very, very happy old hag.”

In an exclusive interview with the Daily Mail earlier this week, O’Connor – identified by her ‘former’ name – revealed she was collaborating with Ronnie Wood of the Rolling Stones, Irish actor Cillian Murphy, Pink Floyd’s Nick Mason and singer Imelda May for a new EP.

‘One More Yard’ will pay tribute to a young Irish First World War soldier, Michael Thomas Wall, and uses words from 90 letters he wrote home during the conflict.

All proceeds raised from sales of the EP will go to a cancer charity.