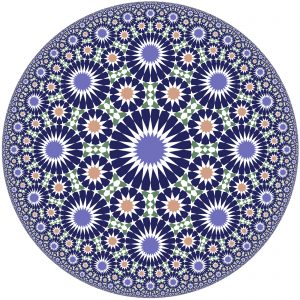 Islam is, historically speaking, the last founded among the great world religions on this planet.

Born as the only son of the late Baron Christian Ehrenfels, the founder of the modern structural (Gestalt) Psychology in Austria, Rolf Freiherr von Ehrenfels felt already as a child a deep attraction towards the East in general and towards the world of Islam in particular.

His sister, the Austrian poetess Imma von Bodmershof, described this phase in her contribution to Islamic Literature, Lahore 1953.

As a young man, Ehrenfels traveled in the Balkan countries and Turkey, where he used to join prayers in mosques, (though a Christian) and was hospitably accepted by Turkish Albanian, Greek, and Yugoslav Muslims. His interest in Islam increased by and by and Ehrenfels accepted Islam in 1927 and took on Umar as his Muslim name.

He visited the Indo-Pakistan sub-continent in 1932 and took particular interest in the cultural-historical problems connected with the status and position of women. After his return to Austria, Baron Umar specialized in the study of anthropological problems of Matrilineal Civilizations in India. The Oxford University Press published his first anthropological book (Osmania University Series, Hyderabad, Deccan, 1941) on this subject.

When Austria was overrun by the Nazis in 1938 Baron Umar again went to India, worked in Hyderabad at the invitation of the late Sir Akbar Hydari and carried on anthropological fieldwork in South India and with the support of Wenner-Gern Foundation, New York, in Assam. Since 1949 he has been Head of the Department of Anthropology at the University of Madras and was awarded the S.C. Roy Golden Medal for original contributions to social and cultural Anthropology by the Royal Asiatic Society of Bengal in 1949. His numerous scientific and Islamic publications also include an illustrated two-volume work on Indian and General Anthropology, “Ilm-ul-Aqwam” (Anjuman Taragqqi-i-Urdu, Delhi, 1941) and a tribal monograph on the “Kadar of Cochin” (Madras 1952).

The essential features of Islam which impressed me most and attracted me to this great religion are as follows:

The Islamic teaching of successive revelation implies, in my opinion, the following: The source from which all the great world religions sprang is one. The founders of these great paths, prepared for peace-seeking mankind, gave witness to one and the same basic divine teaching. Acceptance of one of these paths means search for Truth in Love;

Islam, in essence, means peace in submission to the Eternal Law.

Islam is, historically speaking, the last founded among the great world religions on this planet.

Prophet Muhammad is the messenger of Islam and is thus the last in the sequence of great religious world-prophets.

The acceptance of Islam and the path of the Muslims by a member of an older religion thus means as little rejection of his former religion, as for instance, the acceptance of Buddha’s teachings meant the rejection of Hinduism to the Indian co-nationals of Buddha. It was only later that schools of thought within Hinduism rejected the Buddhist way as heretical. The differences between religions are man-made. Unity is divine. The teachings of the Holy Qur’an stress this basic unity. To witness it means acceptance of a spiritual fact which is common to all men and women.

The spirit of human brotherhood under the all-encompassing divine fatherhood is much stressed in Islam and not hampered by concepts of racialism or sectarianism, be it of linguistic, historic-traditionalistic, or even dogmatic nature.

This concept of divine fatherly love, however, includes also the motherly aspect of Divine love, as the two principal epithets of God indicate” Al-Rahman – Al-Rahim, both being derived from the Arabic root /r h m/. The symbolic meaning of this root equals Goethe’s Das Ewing-Weibliche Zieht uns hinan, whilst its primary meaning is the womb.

In this spirit, the Church of Hagia Sophia at Constantinople has been made the principal source from which the great Muslim architects in the Near East took their inspiration when building mosques like that of Sultan Ahmad or Muhammad Fatih at Istanbul.

In this spirit the prophet gave these unforgettable words to his followers:

“Paradise lies at the feet of the Mother.”