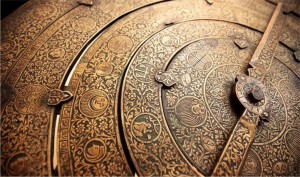 The historical lesson of the age of Harun and Ma’mun is that a fresh effort must be made to incorporate philosophy and science within the framework of Islamic civilization based on Tawhid (monotheism).

It was a moment in history when the Islamic civilization opened its doors to new ideas from the East and from the West.

The confident Muslims took these ideas and remolded them in a uniquely Islamic mold.

Out of this caldron came Islamic art, architecture, astronomy, chemistry, mathematics, medicine, music, philosophy and ethics. Indeed the very process of Fiqh and its application to societal problems was profoundly influenced by the historical context of the times.

Harun Al-Rashid was the son of Al-Mansur and was the fourth in the Abbasid dynasty.

Ascending the throne as a young man of twenty-two in the year 786, he immediately faced internal revolts and external invasion.

A Golden Age of Islamic Civilization

For 23 years he ruled an empire that had welded together a broad arc of the earth extending from China, bordering India and Byzantium through the Mediterranean to the Atlantic Ocean. Herein men, material and ideas could flow freely across continental divides. However, Harun is remembered not for his empire building, but for building the edifice of a brilliant civilization.

It was the golden age of Islam. It was not the fabulous wealth of the empire or the fairy tales of the Arabian nights that made it golden; it was the strength of its ideas and its contributions to human thought.

As the empire had grown, it had come into contact with ideas from classical Greek, Indian, Zoroastrian, Buddhist and Hindu civilizations. The process of translation and understanding of global ideas was well under way since the time of Al-Mansur. But it received a quantum boost from Harun and his son Ma’mun.

Harun established a school of translation Baitul Hikmah (The House of Wisdom) and surrounded himself with men of learning. His administration was in the hands of viziers (high-ranking political ministers) of exceptional capabilities, the Bermecides. His courtiers included great jurists, doctors, poets, musicians, logicians, mathematicians, writers, scientists, men of culture and scholars of Fiqh.

Jabir Ibn Hayyan, an alchemist and writer of the eighth century (815), who invented the science of chemistry, worked at the court of Harun. The scholars who were engaged in the work of translation included Muslims, Christians, Jews, Zoroastrians and Hindus.

From Greece came the works of Socrates, Aristotle, Plato, Galen, Hippocratis, Archimedes, Euclid, Ptolemy, Demosthenes and Pythagoras. From India arrived a delegation with the Siddhanta of Brahmagupta (an Indian mathematician and astronomer), Indian numerals, the concept of zero and Ayurvedic medicine (a system of traditional medicine native to India and a form of alternative medicine).

From China came the science of alchemy and the technologies of paper, silk and pottery. The Zoroastrians brought in the disciplines of administration, agriculture and irrigation. The Muslims learned from these sources and gave to the world algebra, chemistry, sociology and the concept of infinity.

What gave the Muslims the confidence to face other civilizations was their faith. With a confidence firmly rooted in revelation, the Muslims faced other civilizations, absorbing that which they found valid and transforming it in the image of their own belief. The Qur’an invites men and women to learn from nature, to reflect on the patterns therein, to mold and shape nature so that they may inculcate wisdom:

“We shall show them our Signs on the horizon and within their souls until it is manifest unto them that it is the Truth.” (Fussilat 41: 53)

It is during this period that we see the emergence of the archetype of classical Islamic civilization, namely the Hakim (meaning, a person of wisdom). In Islam, a scientist is not a specialist who looks at nature from the outside, but a man of wisdom who looks at nature from within and integrates his knowledge into an essential whole. The quest of the Hakim is not just knowledge for the sake of knowledge but the realization of the essential Unity that pervades creation and the interrelationships that demonstrate the wisdom of God.

What Harun started, his son Ma’mun sought to complete.

Ma’mun was a scholar in his own right, had studied medicine, Fiqh, logic and he memorized the Qur’an. He sent delegations to Constantinople and the courts of Indian and Chinese princes asking them to send classical books and scholars. He encouraged the translators and gave them handsome rewards.

Perhaps the story of this period is best told by the great men of the era. The first philosopher of Islam, Al-Kindi (c. 801–873 CE) worked at that time in Iraq.

The celebrated mathematician Al-Khwarizmi (c. 780 d. 850) worked at the court of Al-Ma’mun. Al-Khwarizmi is best known for the recurring method of solving mathematical problems, which is used even today and is called algorithms. He studied for a while in Baghdad and is also reported to have traveled to India.

Al-Khwarizmi invented the word algebra (from the Arabic word j-b-r, meaning to force, beat or multiply), introduced the Indian numeral system to the Muslim world (from where it traveled to Europe and became the “Arabic” numeral system), institutionalized the use of the decimal in mathematics and invented the empirical method (knowledge based on measurement) in astronomy.

He wrote several books on geography and astronomy and cooperated in the measurement of the distance of an arc across the globe. The world celebrates the name of Al-Khwarizmi to this day by using “algorithms” in every discipline of science and engineering.

It was the intellectual explosion created at the time of Harun Al-Rashid and his son Al-Ma’mun that propelled science into the forefront of knowledge and made Islamic civilization the beacon of learning for five hundred years. The work done by the translation schools of Baghdad made possible the later works of the physician Al-Razi (d. 925), historian Al-Masudi (d. 956), the physician Abu Ali Sina (d. 1037), the physicist Al-Hazen (d.1039), the historian Al-Baruni (d. 1051), the mathematician Omar Khayyam (d.1132) and the philosopher Ibn Rushd (Averroes) (d.1198).

On the one hand, Muslims take pride in its accomplishments. On the other, they reject the values on which those achievements were based. Muslims exude great pride in the scientists and philosophers of the era, especially in their dialectic with the West. But they reject the intellectual foundation on which these scientists and philosophers based their work.

The Age of Reason

In simplified terms, this is the error one falls into when a hierarchy of knowledge is built wherein reason is placed above revelation. The Mu’tazilites applied their rational tools to revelation without sufficient understanding of the phenomenon of time or its relevance to the nature of physics.

In the process, they fell flat on their face. Instead of owning up to their errors and correcting them, they became defensive and became increasingly oppressive in forcing their views on others.

Ma’mun’s successors applied the whip with increasing fervor to enforce conformity with the official dogma. But the scholars would not buy the theory that the Qur’an was created. Imam Ahmad ibn Hanbal, the founder of the Hanbali school of fiqh, fought a lifelong battle with Ma’mun on this issue and was jailed for over twenty years.

Any idea that compromised the transcendence of the Qur’an was unacceptable to Imam Hanbal. Faced with determined opposition, the Mu’tazilite doctrine was repudiated by Caliph Mutawakkil (d. 861). Thereafter, the rationalists were tortured and killed and their properties confiscated. Abu al-Hasan Al-Ashari (d. 936) and his disciples tried to reconcile the rational and transcendental approaches by suggesting a “theory of occasionalism”.

The Asharite ideas got accepted and were absorbed into the Islamic body politic and have continued to influence Muslim thinking to this day. The intellectual approach of the rationalists, philosophers and scientists was forsaken and sent packing to the Latin West where it was embraced with open arms and was used to lay the foundation of the modern global civilization.

Thus it was that the Muslim world came upon rational ideas, adopted them, experimented with them and finally threw them out. The historical lesson of the age of Harun and Ma’mun is that a fresh effort must be made to incorporate philosophy and science within the framework of Islamic civilization based on Tawhid (monotheism).

The issue is one of constructing a hierarchy of knowledge wherein the transcendence of revelation is preserved in accordance with Tawhid, but wherein reason and the free will of man are accorded honor and respect.

The Mu’tazilites were right in claiming that man was the architect of his own fortunes but they erred in asserting that human reason has a larger reach than the Divine Word. Humankind is not autonomous. The outcome of human effort is a moment of Divine Grace.

No person can predict with certainty the outcome of an action. The Asharites were right in postulating that at each moment of time Divine Grace intervenes to dispose of all affairs. But they were not correct in limiting the power of human free will. Human reason and human free will are endowed with the possibility of infinity, but this infinity collapses before the infinity of Divine transcendence.

Dr. Nazeer Ahmed is currently Director of the American Institute of Islamic History and Culture and a director of the World Organization for Resource Development and Education. Dr. Ahmed holds several degrees, and is a former legislator to the Legislative Assembly in Bangalore.