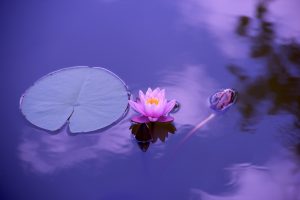 Are Muslims and the West bound to clash?

Is it possible for the inhabitants of our global village to live peacefully together and reap the fruits of science and technology whose pace of advancement is ever increasing? Or are their religious, cultural and civilization differences bound to create clashes and wars among them? The matter is so important that it behooves Muslim intellectuals and statesmen to give it serious thought.

Western intellectuals are very much concerned with this question. But they are by no means agreed on the answer. One view is that the clash between Western civilization and others is inevitable, nay that it is already underway. Another view is that the real clash is within the Western culture itself.

A third view is that people all over the world are heading toward Western political liberalism and economic capitalism and that these systems constitute the end of history in these respects. A fourth view is that peaceful coexistence among people of different cultures and civilizations is possible provided they adopt secular pluralistic democracy.

What is the Islamic standpoint on this important and urgent issue? This paper is an attempt to give a brief answer to that question. But I am not speaking here as a social scientist who describes and explains actual reality; rather I am attempting to describe only theoretically what I consider to be the Islamic standpoint on this issue in our present circumstances. And my short answer is that it is a standpoint that is unequivocally on the side of peaceful coexistence. But to live peacefully with others you need sometimes to be fully prepared for war against them.

Reasons for Being Powerful

Islam is however too realistic a religion to be a pacifist. It is one thing to want to live peacefully with others, but quite another to make them have the same attitude toward you. On the whole, people of every culture desire to be more powerful than those who are culturally opposed to them. They take all steps which they deem necessary for the preservation of their cultural identity, and for the subjugation of others.

In his new classic paper on the clash of civilizations, Huntington tells us with an unusual candidness that, “The West is now at an extraordinary peak of power in relation to other civilizations. Apart from Japan, the West has no economic challenge. It dominates international political and security institutions, and with Japan economic institutions.”

And: “In the post-Cold War, the primary objective of arms control is to prevent the development by non-Western societies of military capabilities that would threaten Western interests. The West attempts to do this through international agreements, economic pressure and controls on the transfer of arms and weapons technologies.”

Muslims are therefore enjoined to be materially powerful so as to deter those who might resort to aggression against Muslims or who are prone to use force to subjugate others. Material power can and should thus be an ally to the cause of spiritual development and not a contradiction of it.