How to Deal with Non-Muslims 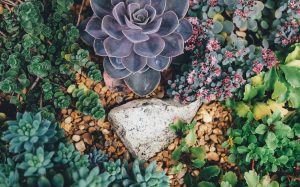 How to Deal with Non-Muslims

Any one can say or claim anything, be it true or false. What distinguishes the truth from falsehood is one’s practice and deeds. If one’s talk conforms to his/her deeds, one is considered truthful and vice versa. To be truthful, you have to walk the talk!

In the case of Prophet Muhammad (peace and blessings upon him), it was not him who talked about or described himself. Rather, it was Allah the Almighty Who described him saying:

The Prophet’s mercy was not, in any way, restricted to Muslims. It encompassed all, Muslims and non-Muslims, humans and the Jinn, and even animals and non-living things.

He (peace and blessings upon him) showed mercy even to those who wronged him or attempted to kill him.

Below are some prime examples of the mercy shown to non-Muslim neighbours, relatives, fellow countrymen.

If you are a new Muslim facing difficulties dealing with your relatives, a young student and have non-Muslim colleagues, a professional wondering how to interact with coworkers of different faiths, these hadiths are for you:

Be kind to your non-Muslim relatives

Asma’ bint Abu Bakr As-Siddiq (May Allah be pleased with her) said: “My mother came to me while she was still a polytheist, so I asked Messenger of Allah, ‘My mother, has come to visit me and she is hoping for (my favour). Shall I maintain good relations with her?’

He (peace and blessings be upon him) replied, ‘Yes, maintain good relations with your mother’” (Al- Bukhari and Muslim).

Your non-Muslim family are hostile? Pray for them

Narrated Abu Hurairah (may Allah be pleased with him): At-Tufail ibn `Amr came to the Prophet and said, ‘The Daws (tribe) have perished as they disobeyed and refused to accept Islam. So invoke Allah against them.’

But the Prophet said, ‘O Allah! Give guidance to the [the tribe of] Daws and bring them [as Muslims]!’” (Al-Bukhari)

Later on, Allah’s Messenger (peace and blessings upon him) got some silken cloaks similar to that one, and he sent one to `Umar.

`Umar said to the Prophet (peace and blessings upon him), ‘How can I wear it, while you said about it what you said?’

The Prophet (peace and blessings upon him) said, ‘I have not given it to you to wear, but to sell or to give to someone else.’

So, `Umar sent it to his brother at Makkah before he embraced Islam” (Al-Bukhari).

The Prophet (peace and blessings upon him) did not blame him for his deed.

The Prophet (peace and blessings upon him) accepted gifts from non-Muslims too. Al-Bukhari narrated that a Jewish woman brought him mutton which was proved later to be poisoned after he ate some of it. The Prophet pardoned her.

However, later on, when Bishr ibn Al-Bara’, who had eaten from it, died, she was killed for him.

A number of the Prophet’s Companions narrated that the Messenger of Allah said:

‘Beware, if anyone wrongs a mu`ahid [a non-Muslim enjoying the protection of Muslims], or diminishes his right, or forces him to work beyond his capacity, or takes from him anything without his consent, I shall be his adversary on the Day of Judgment” (Abu Dawud).

Narrated `Abdullah ibn `Amr: The Prophet said, “Whoever killed a mu`ahid shall not smell the fragrance of Paradise though its fragrance can be smelt at a distance of forty years (of travelling).” (Al-Bukhari).

Narrated Anas: “A young Jewish boy used to serve the Prophet and he became sick. So the Prophet went to visit him. He sat near his head and asked him to embrace Islam.

The boy looked at his father, who was sitting there.

The latter told him to obey the Prophet and the boy embraced Islam. The Prophet came out saying:

Do business… why not?

The Prophet (peace and blessings be upon him) used to do business and enter into dealings with non-Muslims. It was narrated that `A’ishah (may Allah be pleased with her) said:

“The Messenger of Allah bought some food on credit from a Jew, and he gave him a shield of his as collateral (rahn)” (Al-Bukhari and Muslim).

Respect for the deceased persons

Jabir said: “The Prophet and his Companions stood up for the funeral of a Jew until it disappeared” (Sunan An-Nasa’i).

The Prophet (peace and blessings upon him) treated all people well, including non-Muslims. Allah enjoined fairness, kindness, good treatment and rendering back trusts for Muslims and non-Muslims alike. The Qur’an says:

{Allah does not forbid you from dealing kindly and fairly with those who have neither fought nor driven you out of your homes. Surely Allah loves those who are fair.} (Al-Mumtahanah 60: 8)

We understand from this ayah that Muslims should be kind and nice to all peaceful people, Muslims and non-Muslims alike.

As charity begins at home, a Muslim, be it a born Muslim or a new Muslim should deal fairly and nicely with his fellows especially when they are family or neighbours.

Dr. Ali Al-Halawani is Assistant Professor of Linguistics and Translation, Kulliyyah of Languages and Management (KLM), International Islamic University Malaysia (IIUM), Kuala Lumpur, Malaysia. He was Assistant Professor and worked for a number of international universities in Malaysia and Egypt such as Al-Madinah International University, Shah Alam, Malaysia (Mediu) and Misr University for Science & Technology (MUST), Egypt; Former Editor-in-Chief of the Electronic Da`wah Committee (EDC), Kuwait; Former Deputy Chief Editor and Managing Editor of the Living Shari`ah Department, www.islamOnline.net; Member of the International Union of Muslim Scholars (IUMS); and member of the World Association of Arab Translators & Linguists (Wata). He has recently started to self-publish his articles and new books, which are available on Amazon and Kindle. He is a published writer, translator and researcher. You can reach him at [email protected].