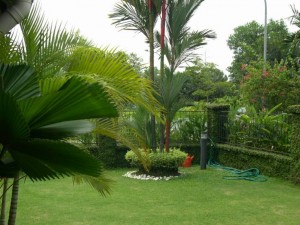 It is frequently claimed that Islam is valid only for primitive people, as it elevates them to a better standard, and that is why it appealed to tribal communities, while in civilized societies it is no longer in use.

But, what is meant by civilized societies? Does this refer to modern societies which are based on materialistic industrial culture?

Actually, the great advance in natural and mathematical sciences helps man upgrade his living standard, but it does not elevate his soul. Science has nothing to do with morals; it is mainly concerned with materialistic and mechanic aspects. Natural and mathematical sciences play a great role in disclosing secrets of the universe, but they are far away from human moral values. Rather, some people may be misled to follow materialistic laws, taking spiritual values slightly.

There is no correlation between materialistic civilization and elevated human values, i.e. between natural sciences and morality. To reach a high standard of morality, man should be rightly guided, and to perceive the existence of the Supreme Lord, Almighty Allah, man should be religiously guided.

Materialistic progress does not necessarily entail moral reform; a society may witness great advance in natural sciences, even though it has moral degeneration. So, if egoism and individualism prevails, ties of curtsy will weaken and people will lose their faith in Allah and, thus, the society will lose its humanitarian aspects. That is to say, if there’s a friction between materialistic and industrial culture man will tend to violate the rights of others, then this will mislead him to lose his dignity as a human being.

Thus, this shows that using modern sciences for destructive purposes makes man decline to a low standard of humanity.

Man is not a machine, for man has a free will, while a machine has no power of choice; it has to be operated, and it is man who operates the machine not the other way round. Man can manage his affairs and operate mechanical aspects of life wisely once he realizes morality, distinguishes between right and wrong, realized the value of curtsy and cooperation and sense the existence of the Allah overall.

Piety includes fearing Allah, righteousness, tolerance, patience and persistence on the right path, unlike the natural and mathematical sciences. They have no value unless they are accompanied by piety.

The message of Islam is to guide man to a better standard of humanity, no matter where man is, in a rural or urban industrial society. Almighty Allah describes Islam as a message that aims at sanctifying man’s soul and elevating him over the rank of brute animals. It is concerned mainly with the moral side of life, so as to guide deviant people to the right path. Thus, Islam is a universal message; it is revealed for people of all races everywhere and at all times. Almighty Allah says:

He it is Who hath sent among the unlettered ones a messenger of their own, to recite unto them His revelations and to make them grow, and to teach them the Scripture and Wisdom, though heretofore they were indeed in error manifest. Along with others of them who have not yet joined them. He is the Mighty, the Wise. (Al-Jumu`ah 62 : 2-3)

It may be argued that man may do without Islam, as long as there is education that also elevates man’s manners and corrects his beliefs.

Nevertheless, there is no system of education that elevates man’s manners and beliefs in a way that makes him good for himself, his society and his Lord. If there is such educational system, then it is Islam in the name of education.

In fact, education guides man’s behavior and instill in him many values, but they disregard the religious side. Thus, education is full of defects and, thus, turn out as insufficient for man’s salvation.

Islam, by and large, is not only a guiding message; rather, it is concerned with preserving man’s belief in Allah and monotheism, and it encourages piety. So doing, it awakens man’s conscience and drives him automatically to realize moral values of life and follow the right path. By applying such values all man’s deeds will be good.

Put it short, Islam’s first target is man’s heart, to purify it and fill it with true faith; then his mind, to instill in it the moral values of life. This is something education falls short of doing, as it focuses on enlightening man’s mind, paying no heed to the spiritual and religious aspects.

Dr. Muhammad Al-Bahi was born in Osmaniyah village, Giza, Egypt, in 1905. He studied in Al-Azhar University. He joined the Department of Rhetoric and Literature. He studied philosophy in Germany and then obtained his doctorate in philosophy and Islamic studies from Hamburg University.

2 thoughts on “Islam and Civilized Societies”

Dearest visitor, we are glad that you have visited us and we earnestly wish that you become a regular visitor to our website. Hope to hear from you on a regular basis. Wish you the best. And, if you have any questions, do not hesitate to submit them here or send them to us anytime.