Islam and Women: Any Injustice? 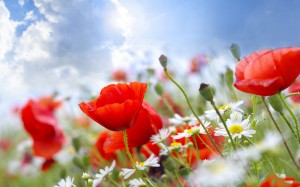 Many westerners as well as quite a few Muslims still circulate some sayings and thoughts that have been made clear to them decades ago; a matter which may render any further argument unnecessary. However, the insistence of a number of contemporary fellow human beings on using the same old-fashioned thoughts makes it incumbent upon the author to re-address the issue with the hope of putting an end to all these false allegations once and for all.

Basically, these people are unable to realize the philosophy behind men’s guardianship of women. It deeply hurts them that a woman is entitled to half the share given to man in inheritance. It also makes them sleepless that Islam safeguards the chastity of a woman through prescribing a descent dress code for her.

“How come women are treated like this?” They scream. “This is unfair. This lifestyle is suitable only for the harem age and, hence, does not fit modern civilization.” They yell.

In fact, one wonders at this “progressive” thought which indicates nothing but poor understanding of Islam as well as its noble values and principles.

Guardianship … what does it mean?

“Men are the protectors and maintainers of women, because Allah has given the one more (strength) than the other, and because they support them from their means.” (An-Nisa’ 4: 34)

They fancy guardianship as some sort of hegemony, supremacy and cancellation of a woman’s personality rendering her as offal.

However, if only they understand the meaning of guardianship in Arabic, they would realize that it stands for exalting the woman and cherishing her mission in life. Through guardianship, the man is held responsible for meeting the woman’s needs, catering to her welfare, and protecting her chastity. Taking such huge responsibilities by men is not without a reason. This is because Islam considers the woman as one of the greatest values of all human societies. In Islam, the woman represents honorable motherhood, passionate sisterhood, dear daughterhood, and finally wifehood with the latter’s basic characteristics revolving around the senses of tranquility, mutual love and mercy.

If those people’s insights into the issue were neutral and deeper, they would have considered other textual proofs which lift up the status of the woman in Islam such as the Qur’anic verse that reads,

“…and women have rights similar to those against them in a just manner, and men are a degree above them”. (Al-Baqarah 2: 228)

It goes without saying that the term “degree” in the above Qur’anic verse means a degree of responsibility and not that of advantage as claimed by some, Muslims and/or otherwise.

One does not really find the logic behind accusing Islam as being unfair to the woman when it allocates to her half the share of a man in terms of inherited properties. What part of the system of inheritance is really incomprehensible to these people who are – to the author – just “bad apple pickers”, but without any bad apples to pick?!

Before one cites the reasoning for giving a sister half the share of her own brother, it is important to point out that this ruling is not without exceptions.

At other times, men and women receive equal shares as in the case of maternal brothers and sisters as they evenly share one-third of the inherited property.

As for the seemingly general ruling that a woman is entitled to half the share of a man, this arises from the size of the responsibility shouldered by each. A man is responsible for starting a family, maintaining its affairs, earning livelihood, as well as he is the natural extension of his own family lineage and wealth. Whereas, once a female becomes grown-up, she gets married and consequently her responsibility moves to another man – her husband – who becomes responsible for her welfare. In this way, a woman’s needs are much lesser than these of a man and, consequently, her responsibilities. In addition, Islam, for a noble reason, gives her a share of the inherited property as a guarantee lest she needs anything or faces any hardships in her marriage. In case this happens, she can then support herself in a way that saves her from asking others for help; a matter which saves her self-esteem and dignity.

Also, a husband is supposed to take from his wife’s wealth double what she gets from him after death. This is because the wife’s wealth usually grows under the protection of the husband and under the rights she owns him. A husband usually has an influential role to play in the formation of his wife’s wealth unlike his own wealth which he maintains with his own effort even though his wife may participate in this sometimes after he relinquishes some of his rights upon her.

Given this, the Islamic inheritance system seeks to establish justice in all aspects. In so doing, it takes into consideration some basics without which justice cannot be established. These basics include the degree of relation, size of responsibility, life cost and the amount of benefit an heir has given to the deceased person.

Those westernized people usually do not realize or they just choose to ignore that Islam does not in any way prevent any human being, be he a male or female, from applying adornment and wearing beautiful clothes. Allah says,

“O Children of Adam! Wear your beautiful apparel at every time and place of prayer.” (Al-A`raf 7: 31)

It is well-known that clothes are usually prescribed by the surrounding environment as well as norms, traditions and weather conditions. Hence, Islam does not prescribe for a man or woman certain clothes to put on. However, Islam forbids both men and women to show off or be extravagant as clothing and eating are concerned.

In the same vein, Islam ordains for a woman a dress code that preserves her chastity and keeps off others’ sights away from her as a woman is very dear and precious being that has a lofty station in human society as deemed by the religion of Islam. Thereupon, it is not allowed for a Muslim woman to show other than her face and two hands to non-mahrem (marriageable) persons.

What is wrong with these divine ordinances? What is strange about these prescribed rules set for the protection of women from the abuse of onlookers and the lustful? What will those criticizers of Islam say if the notable fashion designers choose a long, loose women dress to be fashion of the year? Certainly, they would hurry up to praise it in the name of modernity. Why do they, then, get angry when the order comes from the Almighty Who is All-Wise and All-Knowing?

Many verses in the Qur’an direct the woman in relation to her dress towards what can gain her a great deal of respect and high regard. This is because Islam treats women like invaluable pearls or gems that need protection and preservation. No one can deny that Islam has in numerous occasions drawn women’s attention to their vital and crucial role in life – that is to maintain and take care of the institution of the family which constitutes the main brick of all human societies.

Finally, these are some of the objectives set by Islam for the woman and the goals behind these noble directives! So, where is the injustice done to women as seen by those criticizers of Islam?

If we draw a comparison between Islam’s treatment of women and that of the western civilization even today, we will see how much injustice is inflicted upon women in the most developed western world in the 21st. century. However, this comparison needs a separate lengthy article if we want to do it properly!

Dr. Ali Al-Halawani is an Assistant Professor of Linguistics and Translation, Misr University for Science & Technology (MUST); Former Editor-in-Chief of the Electronic Da`wah Committee (EDC), Kuwait; Former Deputy Chief Editor and Managing Editor of the Living Shari`ah Department, www.islamOnline.net; Member of the International Union of Muslim Scholars (IUMS); and member of the World Association of Arab Translators & Linguists (Wata). You can reach him at [email protected].

2 thoughts on “Islam and Women: Any Injustice?”