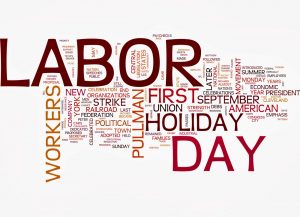 This article deals with the way Islam Solves World Poverty and Hunger; this is very important on the occasion of World Earth Day.

Islam is the religion and way of life that was revealed to humanity by our creator, Allah (swt) (click for definition). Since Allah (swt) is the one who created the heavens and the earth, and out of His unlimited mercy to mankind, He also revealed to us a way of life and a religion, Islam, that give us peace and happiness in our lives here on earth and in the afterlife. Islam was revealed as a practical religion that covers all aspects of our lives, and it is intended to be implemented in our lives. It brings peace and justice to earth, after all, who is more just and wise than Allah (swt), the creator of the heavens and the earth, the most knowledgeable?

As such, when implemented honestly and correctly, Islam provides solutions to all problems that are faced by humanity. One of the most widespread and dangerous problems faced by humanity is that of poverty, hunger and starvation. There is nothing more horrifying than the realization that as we live our happy lives here, millions of our fellow human beings live in hunger and face starvation. The majority of the world population today lives in poverty. It is clear that the world system we have set up today is unjust and inhumane. Otherwise, how can we allow this situation to continue with less than 10% of the world population controlling over 90% of the wealth and resources on this earth?

Islam makes it obligatory on every Muslim to pay a certain “tax”, called Zakat, on their accumulated wealth. The money collected from this Zakat is to be distributed among the poor and needy.

The Arabic word “Zakat” means both ‘purification’ and ‘growth’. One of the most important principles of Islam is that all things belong to Allah (swt), and that wealth is therefore held by human beings in trust. Our wealth is purified by setting aside a proportion for those in need, and, like the pruning of plants, this cutting back balances and encourages new growth in our wealth.

Zakat is due on accumulated wealth that has been in the possession of a person for at least one year. There are rules on how to pay Zakat on each type of possessions, such as gold, animals, crops, shares and so on. A certain percentage of each type of these possessions is to be paid as Zakat. Note that the Zakat is taken from excess wealth that a person is accumulating and has had in their possession for over a year. It is not paid on income. Therefore, people whose save nothing after covering their expenses with their income do not pay Zakat, and in fact may be eligible to receive Zakat money from others if their income does not cover all their needs.

The Zakat is to be distributed among people of the following categories, depending on need:

1) The Destitute: Those who don’t have material possessions nor means of livelihood.

2) The Poor: Those with insufficient means of livelihood to meet basic needs.

3) The Indebted: Those who are in debt and have difficulty repaying it.

4) Stranded Traveler: The traveler who does not have enough money to complete their journey.

5) To Free Slaves: Zakat money is to be used to purchase slaves and free them. 6) New Muslims: Those who are new to Islam and require help to integrate themselves into the Muslims community.

7) In the Path of Allah: Zakat money can also be spent in the path of Allah. This can include many things, basically any project that helps Muslims or Islamic causes.

8) Zakat Workers: Those whose job it is to collect and re-distribute Zakat money get their salary from the Zakat money.

How Can Zakat Eliminate Poverty and Starvation?

If Islam was implemented in the world today, starvation would be eliminated from the planet within the first year. The Zakat due on agricultural products ranges from 5% to 10% of the produce. There is also Zakat due on various types of animals such as sheep, cows and camels. Imagine if 5%-10% of all agricultural production in the world, plus the required amounts on animals are distributed among the hungry and starving people of this world. The problem would be solved immediately. In the system we have today, some nations intentionally spoil a part of their agricultural production in order to maintain high prices for their produce. Can you see the difference between the system driven by human greed and the Islam which was imposed by Allah (swt), the most gracious and most merciful?

In addition, Islam can solve the problem of poverty. Consider the Zakat due on money. Zakat is due at 2.5% on money that has been in one’s possession for over a year. Now consider this simple fact: Forbes Magazine reported that in 2004 there were 587 billionaires worldwide, with a combined net worth of $1.9 trillion dollars. If in 2004 these 587 richest people in the world paid zakat, we would have had $47.5 billion dollars distributed among the poor.

This calculation has just considered less than 600 individuals on this earth. What about if everyone contributed to a global Zakat fund in the same way? The total world GDP (summation of gross domestic product of all countries in the world) was estimated in 1999 to be $27,357.9 billion dollars. The 2.5% Zakat on this would amount to $683.95 billion dollars annually. These are just ball park figures to give the reader an idea of how much money Zakat can generate.

This Zakat money should not only be distributed for immediate relief to the poor. It can also be given in the form of small business loans. For example, poor farmers can be given loans or even grants from this Zakat money to enable them to purchase the equipment and materials they need to lift them out of poverty. The same can be done for small business owners, or for the poor to set up small workshops or factories to lift them out of poverty once and for all. Within a few years, poverty would be eliminated or at least greatly reduced.

As discussed earlier, the obligatory Zakat imposed by Islam can easily solve the problems of poverty and starvation in the world. However, in addition to that, Islam greatly encourages Muslims to give extra charity. For example, the Prophet Mohammad (pbuh) once said that the person who sleeps full while his neighbor sleeps hungry is not a true believer. Islam also always encourages charity in all situations. For example, for the persons who are not able to fast in Ramadan, they are required to feed some poor people for each day they do not fast. And there are many such examples.

Examples of Charity in the holy Qur’an and the Sunnah

“Of their goods take alms (charity), so that you might purify and sanctify them, and pray on their behalf.” (At-Tawbah 9: 103)

When the Messenger of Allah, Muhammad (pbuh), sent one of his companions to call the people of Yemen to Islam, he asked him to tell them the basics of Islam, among which was: “… and tell them that Allah has made obligatory on them a charity that is taken from their rich and given to their poor…” (Bukhari and Muslim)

“By no means shall you attain righteousness unless ye give (freely) of that which you love; and whatever you give, Allah knows it well.” (Aal `Imran 3: 92)

“O ye who believe! Cancel not your charity by reminders of your generosity or by injury, like those who spend their substance to be seen of men, but believe neither in Allah nor in the Last Day. They are in Parable like a hard barren rock, on which is a little soil; on it falls heavy rain, which leaves it (just) a bare stone. They will be able to do nothing with aught they have earned. And Allah guideth not those who reject Faith.” (Al-Baqarah 2: 264)