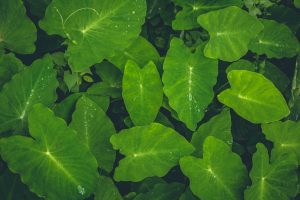 His name was unusual and incomplete. Julaybib means “small gown” being the diminutive form of the word jilbab. The name is an indication that Julaybib was small and short, even of dwarf-like stature. More than that, he is described as being damim which means ugly, deformed, or of repulsive appearance.

Even more disturbing, for the society in which he lived, Julaybib’s lineage was not known. There is no record of who his mother or his father was or to what tribe he belonged. This was a grave disability in the society in which he lived. Julaybib could not expect any compassion or help, any protection or support from a society that placed a great deal of importance on family and tribal connections. In this regard, all that was known of him was that he was an Arab and that, as far as the new community of Islam was concerned, he was one of the Ansar. Perhaps he belonged to one of the outlying tribes beyond Madinah and had drifted into the city or he could even have been from among the Ansar of the city itself.

The disabilities under which Julaybib lived who have been enough to have him ridiculed and shunned in any society and in fact he was prohibited by one person, a certain Abu Barzah of the Aslam tribe, from entering his home. He (Abu Barzah) once told his wife, “Do not let Julaybib enter among you. If he does, I shall certainly do (something terrible to him.” Probably because he was teased and scoffed at in the company of men, Julaybib used to take refuge in the company of women.

Just as he was aware of the great issues of life and destiny, the Prophet of Mercy was also aware of the needs and sensibilities of his most humble companions. With Julaybib in mind, the Prophet went to the Ansar and said, “I want to have your daughter married.”

“How wonderful and blessed, O Messenger of God and what a delight to the eye (this would be),” replied the Ansari man with obvious joy and happiness.

“I do not want her for myself, ” added the Prophet.

“Then for whom, O Messenger of God?” asked the man, obviously somewhat let down.

“For Julaybib,” said the Prophet.

The Ansari man must have been too shocked to give his own reaction and merely said, “I will consult with her mother,” and off he went to his wife. “The Messenger of God, may God bless him and grant him peace, wants to have your daughter married,” he said to her.

She too was thrilled. “What a wonderful idea and what a delight to the eye (this would be),” she said.

As the Ansari was about to return to the Prophet to inform him of what his wife had said, the daughter who had her mother’s protestations asked, “Who has asked you to marry me?” Her mother told her of the Prophet’s request for her hand in marriage to Julaybib. When she heard that the request had come from the Prophet and that her mother was absolutely opposed to the idea, she was greatly perturbed and said, “Do you refuse the request of the Messenger of God? Send me to him for he shall certainly not bring ruin to me.” [Ibn Kathir mentions this event in his tafsir of verse 33:36 (below) and states that this is how it was recorded by Imam Ahmad, in full]

This was the reply of a truly great person who had a clear understanding of what was required for her as a Muslim. What greater satisfaction and fulfilment can a Muslim find than in responding willingly to the requests and commands of the Messenger of God?! No doubt, this companion of the Prophet, who name we do not even know had heard the verse of the Qur’an:

“Now whenever God and His Apostle have decided a matter, it is not for a believing man or believing woman to claim freedom of choice in so far as they themselves are concerned. And he who disobeys God and His Prophet had already, most obviously, gone astray.” (Al-Ahzab 33:36)

This verse was revealed in connection with the marriage of Zaynab bint Jahsh and Zayd ibn Al-Harithah which was arranged by the Prophet to show the egalitarian spirit of Islam. Zaynab at first was highly offended at the thought of marrying Zayd, a former slave, and refused to do so. The Prophet prevailed upon them both and they were married. The marriage however ended in divorce and Zaynab eventually married the Prophet himself.

It is said that the Ansari girl read the verse to her parents and said, “I am satisfied and submit myself to whatever the Messenger of God deems good for me.” The Prophet heard of her reaction and prayed for her:

“O Lord, bestow good on her in abundance and make not her life one of toil and trouble.”

Among the Ansar, it is said there was not a more eligible bride than she. She was married by the Prophet to Julaybib and they together until he died.

Anyhow did Julaybib die? He went on an expedition with the Prophet, peace be upon him, and an encounter with some mushrikin ensued. When the battle was over, the Prophet asked his companions, “Have you lost anyone?” They replied giving the names of close friends who were killed. He put the same questions to other companions and they also named the ones they had lost in the battle. Another group answered they had lost no close relative whereupon the Prophet said, “But I have lost Julaybib. Search from him on the battlefield.”

They searched and found him beside seven mushrikin whom he had struck before meeting his end. The Prophet stood up and went to the spot where Julaybib, his short and deformed companion, lay. He stood over him and said:

He repeated this two or three times. The Prophet then took him in his arms and it is said that he had no better bed than the forearms of the Messenger of God. The Prophet then dug for him a grave and himself placed him in it. He did not wash him for martyrs are not washed before burial.

Julaybib and his wife and not usually among the companions of the Prophet whose deeds are sung and whose exploits are recounted with reverence and admiration as they should be. But in the meagre facts that are known about them and which have here been recounted we see how humble human beings were given hope and dignity by the Prophet where once there was only despair and self-debasement.

The attitude of the unknown and unnamed Ansari girl who readily agreed to be the wife of a physically unattractive man was an attitude that reflected a profound understanding of Islam. It reflected on her part the effacement of personal desires and preferences even when she could have counted on the support of her parents. It reflected on her part a total disregard for social pressures. It reflected above all a ready and implicit confidence in the wisdom and authority of the Prophet in submitting herself to whatever he deemed good. This is the attitude of the true believer.

In Julaybib, there is an example of a person who was almost regarded as a social outcast because of his appearance. Given help, confidence and encouragement by the noble Prophet, he was able to perform acts of courage and make the supreme sacrifice and deserve the commendation of the Prophet:

Adapted from Companions of the Prophet (volume 1) by Abdul-Wahid Hamid, published by MELS, London 1995.