Rumors and the Media: Any Correlation? 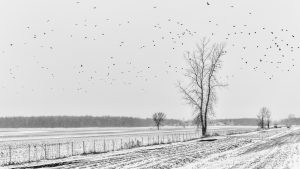 Rumors and the Media: Any Correlation?

There is a tendency among many to believe that only people in the East indulge in rumor-mongering. However, this phenomena is worldwide because the human mind is the same.

Fears and anxieties, both real and imagined, ancient and modern, form part of the social relationships between people everywhere. The mind is then set to believe anything. Rumors may be deliberately started or arise when people feed upon a diet of fantasy and horror as they do from television.

In the First World War, the British and French deliberately started the rumor that the German whom they were fighting ate the kidneys and hearts of children. This was done to create revulsion and hatred against the Germans. The rumor picked up so fast, and so much was added to it that people began to argue whether the Germans preferred raw or roasted kidneys and hearts!

Rumors were deliberately started by vested interests in Europe during the middle ages. They multiplied fast. Their relentless force took over from religion and logic. Many charlatans and preachers of falsehood appeared and fooled the people.

Even in today’s modern society, sometimes the media publish stories that are entirely based on rumors. This is very dangerous indeed as today’s audio-visual media reaches everyone with lightning speed.

Due to the weakening of religious values in the West many people will believe anything. For instance, we hear of long-dead film stars rising again. Elvis Presley, the famous rock singer, has been supposedly sighted by hundreds of people!!

Rumors may also be innocent. There were wild stories that Blackpool, a seaside resort in Northern England, had been taken over by Russian holidaymakers. This rumor arose because people imagined that it was the kind of uncouth place the Russians might like. Yet when journalist Vitali Vitaliev went to see how many Russians were there, he found none.

If rumors can persist with such force and vigor in societies with free media, I shudder to think what the case may be in closed societies. Rumors can be dispelled only when there are strong media that provide us with detailed information.

The real role of the media

Media are not meant for only relaying the news. Rather the interesting ones are those that bring to the attention of the readers’ issues that affect them. And as we are in the 21st century, there are many issues that confront us. The world is changing rapidly. New technology has imposed new lifestyles. These are going to shape our lives how we behave, to what do we react and how effectively will we use our time.

Remember, time is the scarcest resource and unless it is managed, nothing can be managed. In this connection, recently, I happened to read that billions are lost because of absenteeism and late arrivals by employees in the public sector. Much of the blame rests on the manager. I agree that managers are responsible for maintaining discipline and they are also responsible for the distribution of work.

They should set examples for their subordinates. However, I believe that people in our part of the world, as a rule, do not put stress on punctuality although our religion focuses on it. I think society as a whole should re-evaluate time management. The importance of time should be taught from childhood.

Government employees are products of the society they live in and are a mirror of that culture. They are not expected to be different. I remember a long time ago while sitting in an official’s office, an employee came in asking for overtime. The official replied: “You just come in your regular hours and I will give you overtime!” The employee got the message.

I believe that such issues discussed freely and frankly help society to improve itself. Every society has its strengths and weaknesses. Those that fail to recognize their weaknesses will be unable to prosper. The discussion of subjects and tolerance in accepting the views of others will go a long way in creating viable societies that are capable of facing the onslaught and challenges of an ever-changing world.

We, therefore, should ask ourselves whether we have equipped ourselves well or at all in order to meet this challenge.