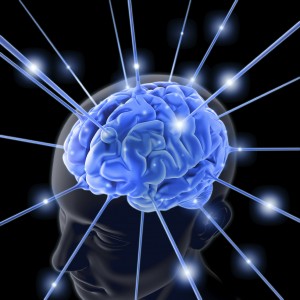 Muslims in all parts of the world form one single community (ummah) whose members support one another as if they were a solid cemented structure, each part strengthening and giving support to the others.

These are the ultimate benefits which man must enjoy in order to lead an honorable life. Indeed, all divine laws have commanded their preservation and prohibited anything that contradicts them.

Islam urges its adherents to protect such necessities so that they may serve them well in the worldly life and the life to come and thus live in total peace and security.

Muslims in all parts of the world form one single community (ummah) whose members support one another as if they were a solid cemented structure, each part strengthening and giving support to the others. They are, as the Prophet r once described them, like one body—when any part of it aches, the whole body aches because of sleeplessness and fever. These five necessities can be preserved by:

This is the main reason why Allah I created people and sent messengers to convey it to them and to preserve it, as the Qur’an states,

“We sent a messenger among every people saying:

Indeed, Islam insists on preserving religion and protecting it against anything which is bound to mar its purity, such as worshipping false gods besides Allah or instead of Him (shirk), engaging in superstitions and committing forbidden acts.

Allah I commands us to preserve human life even if this involves the commission of a sin, especially if one is driven by necessity to do so, as the Qur’an states,

“But whoever is forced [by necessity], neither desiring [it] nor transgressing [its limit], there is no sin upon him. Indeed, Allah is Forgiving and Merciful.” (Al-Baqarah, 2:173)

He has forbidden suicide or any act against human life in general:

He has also legislated punishments which serve to deter people from unjustly harming others, no matter what their religion may be:

“O you who believe, fair retribution is prescribed for you in cases of murder.” (Al-Baqarah, 2:178)

Islam prohibits anything that is bound to have a negative effect on the mind and impair discernment. Indeed, the intellect is one of the greatest blessings Allah has bestowed upon us; it is the very faculty by which Allah has honored man and favored him over other creatures; it is also the reason that makes him subject to accountability in this life and in the hereafter.

It is for this reason that Allah I has forbidden all types of intoxicants and drugs, which He describes as an abomination of Satan’s handiwork:

“O you who believe, intoxicants, gambling, stone altars and divining arrows are abominations devised by Satan. Avoid them so that you may be successful.” (Al-Ma’idah, 5:90)

Preservation of one’s honor and lineage is one of the loftiest objectives of Islamic Law (Shari`ah).

Islam stresses the importance of preserving progeny and starting a family in which the new generation acquire good manners and learn lofty principles. This is clear in a number of rulings which include the following:

It encourages marriage and prompts its adherents to make it easy for the unmarried people with the least expenses:

It prohibits all sinful, illicit relationships and has blocks all the ways leading to them:

It forbids slandering or defaming people’s lineage and considers this act a major sin for which the perpetrator is subject to a specified punishment in this life in addition to severe chastisement in the hereafter.

It commands its adherents to preserve people’s honor and considers a person who is killed defending his honor or that of his family, a martyr. (See page 203)

Islam urges its followers to protect their property and preserve their wealth and commands them to earn a living, making all commercial transactions lawful.

In order to protect wealth, it considers usury, deception and misappropriation of people’s wealth by using wrongful means, strictly forbidden. The Qur’an warns perpetrators of such acts, of severe punishments.