Those Who Have Binding Authority 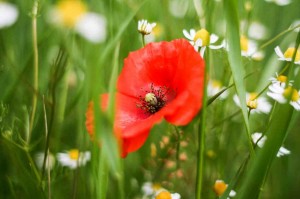 As for the qualities of ahl al-hal wal `aqd, they should enjoy knowledge, justice, righteousness, wisdom, discretion, power, and loyalty.

This is one of the Islamic terms to be revisited on Truth-Seeker Website aiming at shedding light on some problematic Islamic terms through “deconstructing” and then “reconstructing” them in a way to clarify their meanings, denotations and connotations as far as Islam, Muslims, and the whole world are concerned.

The term ahl al-hal wal `aqd (Those Who Have Binding Authority) refers to those who have power and are influential in terms of decision-making in the Muslim state. They have the power and authority to elect the ruler and to depose him.

Ibn Taymiyah (d. AH 728) describes them as “the influential people who can motivate and direct the masses. They can be of two categories: (1) Those who have power and authority; (2) Those who have knowledge. Hence, ahl al-hal wal `aqd are either scholars or political and military leaders.”

Ibn Khaldun (d. AH 808), on the other hand, holds the opinion that ahl al-hal wal `aqd should enjoy the power of `asabiyah (i.e. partisanship), which would enable them to do whatever they deem right or like.

As for today, ahl al-hal wal `aqd can be seen as shouldering two main responsibilities:

Finally, the majority of jurists hold the view that the number of ahl al-hal wal `aqd should not be restricted or predetermined as long as the required qualifications can be found in the Ummah.