Towards a Media Code of Ethics 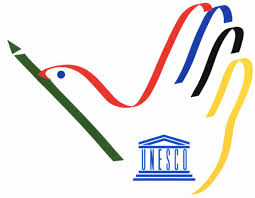 Surely, any code of ethics should contain two main issues; namely, rights of the media workers as well as their obligations. Rights become crystal clear in light of duties and an individual’s freedom is guaranteed unless he causes any harm to others.

What Is Freedom of Expression?

Freedom of expression means the entitlement of an individual to enjoy his full free will to express himself on what he deems right and what may get him or the society he lives in benefits or gains.

The right to freedom of expression in this sense is guaranteed and safeguarded by Islam within the frame of Shari`ah-based regulations and it is also maintained and protected in accordance with the various international pacts, declarations and states’ constitutions and this fact is beyond any reasonable doubt.

The Universal Declaration of Human Rights, for example, specifies what follows in Article 19:

“Everyone has the right to freedom of opinion and expression; this right includes freedom to hold opinions without interference and to seek, receive and impart information and ideas through any media and regardless of frontiers.”

In addition, the European Union Agency for Fundamental Rights (2000) includes a bunch of basic rights and freedoms of every human being and it stipulates the freedom of every individual to express his opinion and it reaffirms the necessity of respecting the freedom and plurality of mass media in accordance with Article 11 that reads,

“1. Everyone has the right to freedom of expression. This right shall include freedom to hold opinions and to receive and impart information and ideas without interference by public authority and regardless of frontiers. This article shall not prevent States from requiring the licensing of broadcasting, television or cinema enterprises.”

In the same vein, Egypt’s 2012 Constitution states in Article 48 what reads,

“Freedom of the press, printing, publication and mass media shall be guaranteed. The media shall be free and independent to serve the community and to express the different trends in public opinion, and contribute to shaping and directing in accordance with the basic principles of the State and society, and to maintain rights, freedoms and public duties, respecting the sanctity of the private lives of citizens and the requirements of national security. The closure or confiscation of media outlets is prohibited except with a court order.

Control over the media is prohibited, with the exception of specific censorship that may be imposed in times of war or public mobilization.”

Therefore, freedom of opinion and expression is guaranteed and maintained by the international treaties and accords that are concerned with protecting human rights and the basic freedoms of individuals and groups.

And it is also clear that Egypt’s 2012 constitution, one of the latest written constitutions in the world, upholds this right.

Remarkably, all these declarations and conventions reaffirm – even to non-specialists – that freedom of expression is a right to the individual and is one of the basic freedoms that cannot be violated in any way.

However, it is a fact that an individual – whatever his post or position is – has rights; these rights entail some obligations and duties that should go in parallel with those rights in order for the picture to be completed and put in its perfect frame without any negligence or excessiveness.

Freedom of Expression in Islam

Let us, first, shed light on Islam’s stance on this basic right of freedom of expression. Islam honors the plurality and diversity of opinions and admits that differences between human beings are not only a natural thing, but also a positive one. The existence of multiple opinions in the Muslim community reflects its diversity and the various intellectual currents abundant in it.

The religion of Islam guarantees freedom of expression except when it opposes the Muslim creed or the Shari`ah principles or any of the well-established human values. There are a number of guidelines and boundaries set by the Shari`ah to regulate the freedom of individuals and groups for the sake of safeguarding faith, morality, dignity and human life in general. These guidelines can be divided into two main categories:

Firstly: Ethical guidelines, which forbid backbiting, slander, defamation or libel, mocking others, violating their dignity, telling lies about them, and showing defects of others before the public.

Secondly: Legal guidelines, which forbid doing others any harm or accusing them of what is punishable by the law such as drinking intoxicants, fornication, etc., or falsely accusing someone of similar offenses.

Given the above, it is not passable for anybody to cross the ethical and moral limits under the pretext of freedom of expression.  People should not defend ethical or moral violations for irresponsible “freedom”.

Freedom of Expression in the West

As for freedom of expression in the Western perspective, it takes a central position in the domain of individual freedoms. It constitutes, according to the Western conception, the peak of “the Western values” since the era of Enlightenment in Europe and consequently it is the first thing the West promotes and tries to present to humanity through globalization.

But, does this mean that freedom of expression is absolute in the West? Are there any boundaries or restrictions on individual freedoms, especially that of expression?

No need to delve deeply into the Western philosophical thought since the class-based Greek democracy which has been objected to by their great philosophers such as Socrates, Plato and Aristotle and up till the era of resisting despotism by Rousseau and Voltaire.

Nevertheless, one has to look into the contemporary diversion of the course of individual freedom along with the predominance of material (i.e. financial) factors over the ethical values that can be smelt from the present calls for freedom of expression.

Individual freedom has always – and still – had its boundaries. However, instead of reaffirming the human values as a source of the individual freedom boundaries to achieve equilibrium in the society and human life in general, the material interests became the sole determiner of these boundaries. This is a factual fact despite all the false allegations that the freedom of expression is absolute and unrestrained. History attest to this as well as the present condition of Western countries as none of them has what can be described as unrestricted freedom of expression.

Boundaries of Freedom of Expression

Truly, the principle of freedom of expression through using the word or the picture first appeared in Europe in an unnatural environment where the Church practiced oppression against the European peoples; a matter which drove them to defy and challenge its hegemony and that finally led to the birth of secularism which called for the separation of faith from the public life or the State.

Nevertheless, even international declarations and constitutions of today admit the existence of boundaries and restrictions on the practicing of this freedom of expression as can be seen in the following items:

Paragraph 2 of Article 29 of the Universal Declaration of Human Rights reads,

“In the exercise of his rights and freedoms, everyone shall be subject only to such limitations as are determined by law solely for the purpose of securing due recognition and respect for the rights and freedoms of others and of meeting the just requirements of morality, public order and the general welfare in a democratic society.”

In addition, paragraph 2 of the above Article 11 of the European Union Agency for Fundamental Rights spells out the consequences of paragraph 1 (mentioned above as well) regarding freedom of the media as saying,

“2. The exercise of these freedoms, since it carries with it duties and responsibilities, may be subject to such formalities, conditions, restrictions or penalties as are prescribed by law and are necessary in a democratic society, in the interests of national security, territorial integrity or public safety, for the prevention of disorder or crime, for the protection of health or morals, for the protection of the reputation or rights of others, for preventing the disclosure of information received in confidence, or for maintaining the authority and impartiality of the judiciary.”

Thus, freedom of expression is inherently associated with two main ideas; firstly, to safeguard the dignity and properties of individuals, and secondly, to take care of and not to violate in any manner what may affect the State’s national security.

Thereupon, while it is the right of an individual to express his opinions regarding what is going on in his society, it should be noted that there are precautions that should be taken care of and not to be violated as stated above such as the dignity and honor of individuals, juristic personalities, and the national security and the public welfare of the whole state.

Foremost among the guidelines that should be respected is what follows:

Accordingly, a media code of ethics should be sought and hence respected by all. Unfortunately, the idea of self-accountability is still inconceivable to many journalists and media figures in our country today. Admitting a mistake when it is made is a very important issue and it requires courage on the part of journalists as well as media figures.

It is necessary to set up a mechanism to manage the media from within; a mechanism which can be called, the “Soft Regulation”. This sort of regulation, if applied, would prevent the state authorities from intervention in any way in the process of managing the media. However, in case journalists and the media figures would not listen to their consciences, the state would find itself obliged to intervene.

Surely, any code of ethics should contain two main issues; namely, rights of the media workers as well as their obligations. Rights become crystal clear in light of duties and an individual’s freedom is guaranteed unless he causes any harm to others.

Thus, the would-be code of ethics called for here should turn into a conduct index and this would not be effective unless the parties concerned show willingness to commit themselves to the guidelines therein.