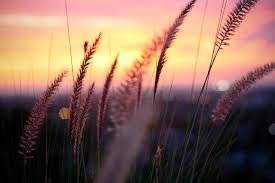 Umar ibn Abdul Aziz set out to reform the entire political, social and cultural edifice of the community and to bring back the transcendental values that had governed the Islamic state in its infancy.

Islam, meaning surrender to the will of God, is an eternal idea.

Muslims assert that it is the pristine faith of mankind, subscribed to by the first created humans, Adam and Eve and confirmed by the Messengers of God, including among others, Noah, Abraham, Moses, Jesus and Muhammad (peace be upon them).

Islam throws a challenge to the community of believers to create a society “enjoining what is right, forbidding what is wrong and believing in God”.

Islamic history is a perpetual struggle to meet this challenge in the matrix of human affairs. This struggle is continuous and relentless. Muslims through the centuries have struggled to rediscover the fountain from which the Prophet Muhammad (peace be upon him) drank.

The corruption that surfaces with time is challenged time and again and a corporal attempt is made at a renewal of faith. Hence, revivalist movements in Islam provide benchmarks from which subsequent historical events can be measured and understood.

After Muawiyah, the character of the Caliphate changed and dynastic rule was established. The corruption of the Omayyads reached its crescendo with Karbala. The Omayyads built lavish palaces, surrounded themselves with servants and maids, accumulated enormous estates, treated the public treasury as their privy purse and lived like princes and kings. There was no accountability for their wealth or for their actions. The populace had no say in the affairs of the state. The Caliph was not nominated nor could he be questioned. The people were there merely to obey the strongman, pay taxes and serve in the armed forces.

Umar ibn Abdul Aziz became the Emir (Caliph) by a coincidence of history. When the Omayyad prince Suleiman (714-717) lay on his deathbed, he was advised that he could earn the pleasure of God by following the example of the early Caliphs and nominating someone besides one of his own sons as the next Emir. He therefore dictated in his will that Umar ibn Abdul Aziz, a distant cousin, was to succeed him and Umar ibn Abdul Aziz was to be followed by Yazid ibn Abdul Malik.

Umar ibn Abdul Aziz was a man of polish and experience, having served as the governor of Egypt and Madinah for more than twenty-two years. He had been educated and trained by a well-known scholar of the age, Saleh ibn Kaisan. Before his accession to the Caliphate, Umar ibn Abdul Aziz was a dashing young man, fond of fashion and fragrance. But when he accepted the responsibilities of Caliphate, he proved to be the most pious, able, far-sighted and responsible of all the Omayyad Emirs.

Indeed, Umar ibn Abdul Aziz set out to reform the entire political, social and cultural edifice of the community and to bring back the transcendental values that had governed the Islamic state in its infancy. He started by setting a good example in his own person. When news reached him of his nomination to the Caliphate, he addressed the people saying:

“O people! The responsibilities of the Caliphate have been thrust upon me without my desire or your consent. If you choose to select someone else as the Caliph, I will immediately step aside and will support your decision”. Such talk was a breath of fresh air to the public. They unanimously elected him.

Umar ibn Abdul Aziz discarded his lavish life style and adopted an extremely ascetic life after the example of Abu Dhar Al-Ghifari, a well-known companion of the Prophet. Abu Dhar is known in history as one of the earliest mystics and Sufis in Islam who retired from public life in Madinah during the period of the Caliph Othman and lived in a hermitage some distance away from the capital.

Umar ibn Abdul Aziz discarded all the pompous appendages of a princely life–servants, slaves, maids, horses, palaces, golden robes and landed estates–and returned them to the public treasury. His family and relatives were given the same orders. The garden Fadak provides a good example.

This was a grove of palms owned by the Prophet Muhammad. The Prophet’s daughter Fatimah had asked for this garden as an inheritance but the Prophet had declined saying that what a Prophet owned belonged to the whole community. Fatimah had pressed her claim before her father, but Abu Bakr had denied the request saying that he could not agree to something that the Prophet had not agreed to. After the Caliphate of Ali, Fadak had been made a personal estate of the Omayyads. Umar restored Fadak to the public treasury, as a trust for the whole community.

The Omayyads had no accountability to the treasury. To support their lavish life styles, they collected enormous taxes from Persia and Egypt. They compelled traders to sell them their merchandise at discount prices. The Emir’s appointees received gifts of gold and silver in return for favors. Umar reversed the process. Umar abolished such practices, punished corrupt officials and established strict accountability.

Some Omayyad officials, drunk with power, mistreated the conquered peoples. Oftentimes, their property was confiscated without due process of law. Contrary to the injunctions of the Shariah, even though people in the new territories accepted Islam, they continued to be subject to Jizyah (tax to be paid by non-Muslim citizens). Those who refused to pay the taxes were subject to harsh punishment. Umar abolished these practices and ensured fairness in the collection of taxes.

Gone was the oppression of Al Hajjaj in Iraq and Qurrah ibn Shareek in Egypt. The populace responded with enthusiastic support of the new Caliph. Production increased. Ibn Kathir, the Muslim scholar, records that thanks to the reforms undertaken by Umar, the annual revenue from Persia alone increased from 28 million dirhams to 124 million dirhams.

Following the example of the Prophet Muhammad, Umar ibn Abdul Aziz sent out emissaries to China and Tibet, inviting their rulers to accept Islam. It was during the time of Umar ibn Abdul Aziz that Islam took roots and was accepted by a large segment of the population of Persia and Egypt.

When the officials complained that because of conversions, the jizyah revenues of the state had experienced a steep decline, Umar wrote back saying that he had accepted the Caliphate to invite people to Islam and not to become a tax collector. The infusion of non-Arabs in large number into the fold of Islam shifted the center of gravity of the empire from Madinah and Damascus to Persia and Egypt.

Umar ibn Abdul Aziz was a scholar of the first rank and surrounded himself with great scholars like Muhammad ibn Ka’b and Maimun ibn Mehran. He offered stipends to teachers and encouraged education. Through his personal example, he inculcated piety, steadfastness, business ethics and moral rectitude in the general population. His reforms included strict abolition of drinking, forbidding public nudity, elimination of mixed bathrooms for men and women and fair dispensation of Zakah (alms). He undertook extensive public works in Persia, Khorasan and North Africa, including the construction of canals, roads, rest houses for travelers and medical dispensaries.

Umar ibn Abdel Aziz was the first Caliph to commission a translation of the Quran from Arabic into another language. Upon the request of the Raja (king) of Sind (in modern day Pakistan), Umar ibn Abdel Aziz had the Quran translated into the ancient Sindhi language and had it sent to the Raja (718 CE). To put this event into historical context, this was within ten years of the conquest of Sind and Multan by Muhammad ibn Qasim and the conquest of Spain by Tariq ibn Ziyad and Musa ibn Nussair.

Umar ibn Abdul Aziz was also the first Emir to attempt a serious reconciliation of political and religious differences among Muslims. Since the time of Muawiyah, it had become cust Umary for khatibs to insult the name of Ali ibn Abu Talib in Friday sermons. Umar ibn Abdul Aziz abolished this obnoxious practice and decreed that the following passage from the Quran be read instead:

{God commands you to practice justice, enjoins you to help and assist your kin and He forbids obscenity, evil or oppression, so that you may remember Him} (16:90)

It is this passage that is still recited in Friday sermons the world over. He treated Bani Hashim and the Shi’a with fairness and dignity. He even extended his hand to the Kharijites. According to Ibn Kathir, he wrote to the Kharijite leader Bostam, inviting him to an open discussion about the Caliphate of Othman and Ali. He went so far as to stipulate that should Bostam convince him, Umar would willingly repent and change his ways. Bostam sent two of his emissaries to the Caliph. During the discussions, one of the emissaries accepted that Umar was right and gave up Kharijite extremism. The other went back unconvinced. Even so, the Caliph did not persecute the man.

Umar ibn Abdul Aziz was the first Muslim ruler who moved his horizons from external conquests to internal revival. He recalled his armies from the borders of France, India and the outskirts of Constantinople. There were few internal uprisings and disturbances during his Caliphate.

Islam had momentarily turned its horizons on its own soul, to reflect upon its historical condition and replenish its moral reservoir. Faith flourished, as it had during the period of Umar ibn al Khattab. It is for these reasons that historians refer to Umar ibn Abdul Aziz as “Umar II” and classify him as the fifth of the rightly guided Caliphs, after Abu Bakr, Umar, Othman and Ali.

But greed does not surrender its turf to faith without a battle. The reforms of Umar “II” were too much for the disgruntled Omayyads and the rich merchants. Umar ibn Abdul Aziz was poisoned and he died in the year 719, after a rule that lasted only two and a half years. He was thirty-nine years old at the time of his death. And with him died the last chance for Omayyad rule.

Dr. Nazeer Ahmed is currently Director of the American Institute of Islamic History and Culture and a director of the World Organization for Resource Development and Education. Dr. Ahmed holds several degrees, and is a former legislator to the Legislative Assembly in Bangalore.