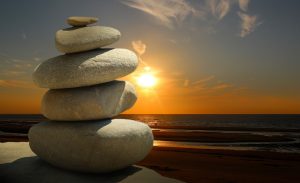 Abu Hurayrah (may Allah be pleased with him) reported that the Prophet (peace be upon him) said, “When Allah loves a slave, calls out Jibril and says: ‘I love so-and-so; so love him.’ Then Jibril loves him. After that he (Jibril) announces to the inhabitants of heavens that Allah loves so-and-so; so love him, and the inhabitants of the heavens (the angels) also love him and then make people on earth love him”. (Bukhari and Muslim)

Apart from our earnest desire for paradise, as Muslims, we worship Allah out of fear, love, and hope. We fear His punishment, and wrath, we hope for His Mercy and forgiveness and we love Him for all the blessings He has bestowed upon us. Loving Him is part of the perfection of our faith, we love what He loves and hates what He hates. We believe that Allah loves His servants.

We should seek out methods to attain Allah’s love because His love guarantees success and abundant rewards.

Here are some qualities favored by Allah.

One should follow up a bad deed with seeking forgiveness and doing good deeds so that the bad deed is wiped out. One should not tire of repenting to Allah.

It was narrated by Anas that the Messenger of Allah (peace be upon him) said, “Every son of Adam commits sin, and the best of those who commit sin are those who repent.” (Ibn Majah)

Allah loves when a slave purifies himself from impurities, both major and minor. Being pure also includes being pure from shirk and sinfulness etc…

Often translated as God-consciousness or piety, taqwa is to protect oneself from the Hellfire by performing what has been commanded by Allah and abstaining from what has been prohibited.

There are four actions mentioned in this verse by which one can do good:

The Prophet (peace be upon him) said, “The best of people are those who are most beneficial to people.” (Al-Mu’jam al-Awsat, Hasan by Shaykh Al-Albaani)

We should strive to be good to others so that we can attain the love of Allah. Doing good in Islam is not limited to these four points, as there are many, many ways to do good.

Umar bin Al-Khattab narrated that the Messenger of Allah (peace be upon him) said, “If you were to rely upon Allah with the required reliance, then He would provide for you just as a bird is provided for, it goes out in the morning empty, and returns full.” (At-Tirmidhi)

We should take up the means necessary and not be lazy, expecting things to just happen. Allah created both causes and results, thus we should do what we can of the means, and leave the rest to Allah.

There are three types of patience:

a) Patience in adversity:

that one does not complain or feel despair at his situation. Rather he submits to the will of Allah and bears the difficulties and tests with patience. An example of this is the Prophet Ayyub peace be upon him, who was granted health, wealth, and offspring in abundance, then lost it all. Similarly, Ya’qub, who lost his two most beloved sons.

b) Patience in doing what Allah has commanded:

c) Patience in abstaining from all that Allah has prohibited;

be it usury, gambling, the flesh of swine, alcohol, and other forbidden acts.

What characteristic will you develop within yourself to attain Allah’s love?!

Adapted with editorial adjustments from http://www.saudigazette.com.sa.