A Year Has Ended!

A Year Has Ended! 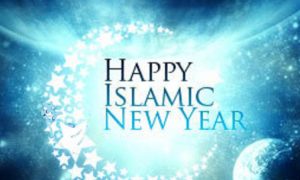 In all languages of the world, with all their similarities and discrepancies, it is a “disturbing” fact that the year has passed so soon. For me, no rhetoric whatever or any degree of euphemism in any language is capable of reducing the “negative” connotations of that statement. Yes, this is a sad fact because it simply means that the life of every human being has lost another precious year towards the inevitable end of all creatures, death.

As Muslims, we believe in death, and equally, we believe in eternal life after death (the Hereafter) and the fact that every creature will be held accountable for all that he did throughout his life. So, prior to standing before Almighty Allah to be questioned on all our deeds, there is, for now, a major and crucial question that we should ask ourselves.

Really, this question presents itself to all of us, and for our own good it has to be precisely and honestly answered. The question is, what has the Muslim Ummah gained throughout the past year?

Even before attempting to answer this question, one should ask oneself “What benefits have I gained for myself and those around me throughout the past year?”

This is on the individual level, as everyone will meet Allah alone to receive either reward or punishment, according to his or her deeds.

So, how should you evaluate yourself for the past year? How many good deeds have you acquired and how many bad ones have you gained? Have you increased your iman, or is your faith still lagging behind?

These questions must be honestly and frankly answered!

Interestingly enough, now you are free to answer these questions either honestly or falsely. But tomorrow, your free will will disappear and vanish. Almighty Allah says,

“And they are set before thy Lord in ranks (and it is said unto them): Now verily have ye come unto Us as We created you at the first. But ye thought that We had set no tryst for you. And the Book is placed, and thou seest the guilty fearful of that which is therein, and they say: What kind of a book is this that leaveth not a small thing nor a great thing but hath counted it! And they find all that they did confronting them, and thy Lord wrongeth no one.” (Al-Kahf 18:48-49)

On the Day of Judgment, there will be no more false statements, and only the truth will prevail. There will be no place for cheating, lying, or cunning.

“If thou couldst see when they are set before their Lord! He will say: Is not this real? They will say: Yea, verily, by our Lord! He will say: Taste now the retribution for that ye used to disbelieve. They indeed are losers who deny their meeting with Allah until, when the hour cometh on them suddenly, they cry: Alas for us, that we neglected it! They bear upon their back their burdens. Ah, evil is that which they bear!” (Al-An`am 6:30-31)

All these verses show our real stand before Allah the Almighty on the Day of Judgment.

Amazingly, when we are about to be examined on some topic, in this present life of course, we expect some questions to be raised. Though we are not sure about what will be asked, we do our best to study very well in anticipation. Yet we are given the questions we will be asked by Allah in the Hereafter, we know them all, starting with the questions in the grave and ending with standing on a bridge between Paradise and Hell after the reckoning is done.

You have been given a chance to witness the seasons of goodness and righteousness. You might have observed fasting during the holy month of Ramadan and you might have set off for Hajj as well, but do you know what Allah will do with you in the coming year? Do you know what is hidden for you?

What if you sit with yourself and start to verify your previous actions and weigh all your past deeds in an attempt to purify your intention, in order to make the new year far better than the previous one.

What if you start renewing your intention regarding Prayer, and start paying more attention to performing it in its due time and admonish your family to be constant in its performance!

What if you start striving against your own self in relation to changing the company you kept the previous year, to find better company that may help you with regard to this present life, and the Hereafter as well!

What if you purify your wealth and property and get rid of all sorts of ill-gained elements, such as riba (interest) and the like!

What if you rid your home of all aspects of debauchery and sins that eat up your home’s very foundation as well as your good deeds!

What if the father sits with his wife and kids and boldly says, “We must make our intention to obey Allah and disobey Satan; we must make our home a truly Islamic one where Satan will find no place at all.” This “correcting session” may be that father’s last one in this life, and so Allah will conclude his life with a good intention and pure concern. Also, do not forget that we Muslims should seek help from Allah in all we do, and depend only on Him in mending ourselves and our households.

You should also know that Satan will not stand idly by while you are trying to reform your life and the lives of your family. On the contrary, aided by his numerous troops, Satan will resist your firm will. But he will not be able to inflict any harm on you as long as you are sincere in what you are willing and doing. He, together with his troops, will continue the battle against you, me, and everyone, until the end of time. But if we seek help from Allah, He will help us as this is His promise, to grant victory to those who support His cause.

As regards the whole Islamic Ummah, we can say that this is the end of the year 1425 and we have not seen any sign of positive change, as the enemies of the Ummah still have the upper hand concerning all its external and even internal affairs. Also, disintegration and disunity prevails on the Islamic scene. The Ummah, indeed, is in a state of imbalance.

However, the only remedy for this and all the other marks of ignorance and backwardness which the Ummah is afflicted with is to be convinced—all of us, without any exception—that the reason behind this is our ugly act of deserting Allah’s Ever-Glorious Qur’an and turning our backs to the Sunnah of His honorable Prophet (peace and blessings be upon him). Allah Almighty says in the Qur’an,

“But if there come unto you from Me a guidance, then whoso followeth My guidance, he will not go astray nor come to grief. But he who turneth away from remembrance of Me, his will be a narrow life, and I shall bring him blind to the assembly on the Day of Resurrection. He will say: My Lord! Wherefore hast Thou gathered me (hither) blind, when I was wont to see? He will say: So (it must be). Our revelations came unto thee but thou didst forget them. In like manner thou art forgotten this Day. Thus do We reward him who is prodigal and believeth not the revelations of his Lord; and verily the doom of the Hereafter will be sterner and more lasting.” (Ta-ha 20:123-127)

It is incumbent upon all of us in general and those who call for Islam in particular to focus on the correction of any wrongdoing, be it an individual or a collective one. We have to leave no stone unturned in convincing all Muslims of the importance of returning to the honored legislation of Allah in all spheres and walks of life. Allah Almighty says in His Ever-Glorious Qur’an,

“Alif. Lam. Ra. (This is) a Scripture which We have revealed unto thee (Muhammad) that thereby thou mayst bring forth mankind from darkness unto light, by the permission of their Lord, unto the path of the Mighty, the Owner of Praise.” (Ibrahim 14:1)

“For lo! it is an unassailable Scripture. Falsehood cannot come at it from before it or behind it. (It is) a revelation from the Wise, the Owner of Praise.” (Fussilat 41:41–42)

Let me remind you that when the enemies of Allah reign over Muslims, this, as history tells us, is a temporary phase and not a permanent one that is eternal and everlasting. So if we, as Muslims, want to get rid of this sovereignty of theirs over us, we have to be more fearful of Allah and the Last Day. In addition, if we only concentrate on studying the conditions of Muslims or even the Ever-Glorious Qur’an and Prophetic Sunnah without following this with serious, persistent, sincere, and hard work, all this will take us nowhere and will become null and void.

Haven’t you seen the messengers with all their status with Allah and the dignity He bestowed on them? They were told by Him that they would be eligible to be established on the earth only when they fear His majesty and His threats. Narrating this in His Ever-Glorious Qur’an, He says,

“And those who disbelieved said unto their messengers: Verily we will drive you out from our land, unless ye return to our religion. Then their Lord inspired them, (saying) : Verily We shall destroy the wrong doers. And verily We shall make you to dwell in the land after them. This is for him who feareth My Majesty and feareth My threats.” (Ibrahim 14:13-14)

Obviously, we are not in any way better than messengers or prophets! We are only ordinary human beings. Nothing will benefit us except Allah’s mercy and our good deeds, if He accepts them from us.

So, why don’t we try to be more intelligent and try to catch up with what we missed during the previous year.
—————