Are You One of the People of the Shade? 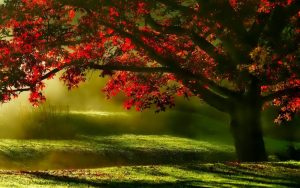 Are You One of the People of the Shade?

“O My servants, who have transgressed against themselves! Despair not of the Mercy of Allah. Verily, Allah forgives all sins. Truly He is Oft-Forgiving, Most Merciful.” (Az-Zumar 39:53)

The day of resurrection is real. On that day, every man will rise up for accountability. All the good and evil executed in this world shall be reckoned. This is why it is called the day of judgement. The one who believes in Allah as his Lord must believe equally in the last day. Without affirming this, the attestation to faith is incomplete.

The description of the last day from the Muslim perspective comes with a lot of fear — this is for the one who believes in the unseen. The sun on that day will be brought so close and the intensity of its heat will be beyond the boiling point. Mankind will be horrified and confused. The people will seek refuge by any means necessary, but none will be met save the mercy of Allah.

In this chaotic state, the only aid will be under the shade of Allah’s throne. This will be honor for those who took decisive actions for Allah’s sake. It illustrates the importance of proper intention before every action. The scenario is well depicted in this famous hadith thus:

Abu Hurairah (May Allah be pleased with him) reported: The Prophet (PBUH) said,

“Seven are (the persons) whom Allah will give Shade of His Throne on the Day when there would be no shade other than His Throne’s Shade: A just ruler; a youth who grew up worshipping Allah; a man whose heart is attached to mosques; two persons who love and meet each other and depart from each other for the sake of Allah; a man whom an extremely beautiful woman seduces (for illicit relation), but he (rejects this offer by saying): `I fear Allah’; a man who gives in charity and conceals it (to such an extent) that the left-hand does not know what the right has given; and a person who remembers Allah in solitude and his eyes well up”

A leader is not just a servant to his subordinates. He is a guardian and the one saddled with the affairs of the people. In this time and age, the equity and trust of leadership is lost. Justice is a virtue through which a leader will be honored by Allah. The one who treats people with fairness and kindness irrespective of affiliation will be one of those under His shade. We are all leaders in various capacities. Do we eschew nepotism and favoritism in dealing with our cohorts? Do we give people their rights as deserved? Remember each of you is a shepherd and the shepherd is responsible for his flock.

If you missed the opportunity of growing up as a devoted servant of Allah, do not let your kids pass by. This is a golden chance for them to win the prize. Allah will save the youth who grew up worshiping Him alone from the torment of this day. Make it a habit for your kids to pray. Do not tell them to go and pray, take them to the masjid to observe Salah. Teach them virtues and Islamic manners from the early days. By Allah’s leave, they would grow up becoming pious servants of the Lord of the worlds.

The one who loves Allah hastes towards Him. In addition, the one whose heart is attached to the mosque is one of those. He prays his five daily prayers with the congregation in a state of purity and tranquility. After one prayer, he is longing for the next. Some of these traits include: waiting in the mosque before prayer commence. To observe the supererogatory prayers before and after the mandatory ones. Reciting the Quran and indulging in the remembrance of Allah. If you find yourself doing this, then remain steadfast while praying to be honored with this category of people.

Love and Hate can be for the sake of Allah. No one loves the other for Allah’s sake, but Allah loves them both in return. The ones who meet solely for the sake of Allah and depart with the same intention is considered to be of this category. The companionship is built upon the love of Allah. They remind each other about Allah and strive in pleasing Him. This set of people will enjoy the shade of the throne on the day of turmoil.

One of the greatest trials for men is women. For by nature, the love of women is in the heart of men. Therefore, it is rare to find a man who will not fall to seduction. So if you find yourself in this scenario and you are able to resist, then thank your Lord. You will be honored for this virtuous act. That is only if you refused to indulge in the act out of the fear of Allah. This is also applicable to the woman in a similar situation.

Charity today has become a public thing. People even go to the point of announcement. Others remind people of the good they have done to them. These are not praiseworthy acts and will lead to denial of reward. As for the one who gives charity concealing it from the people, with hope that he wants to please none but Allah; Allah will favor him to be under this shade of His on that day when refuge will be sought.

The one who ruminates over his deeds and burst into tears secretly is considered of this group. This is not about crocodile tears. The cry may be out of gratitude for Allah’s favors conferred upon the individual. On the other hand, a remorseful one — a feeling of regret for misdeeds while seeking Allah’s pardon. Oh servant of Allah, do not despair of Allah’s mercy.

In sum, it is difficult to attain the age of strength without getting an opportunity to grab this honor. As Muslims, it is our duty to keep striving for paradise; this life is not but a trial. With sincere intention, diligence and trust in Allah’s mercy, we can make it. Moreover, the hereafter is the final abode where we will be rewarded or punished for the fruits of our labor. We ask Allah to honor us with good endings.

Adapted with editorial adjustments from www.medium.com.