Hope – The Most Sublime Rank for the Followers 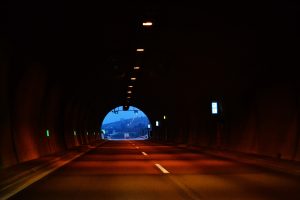 Hope – The Most Sublime Rank for the Followers

In this article, we will talk about hoping for Allah’s mercy. The believers’ relationship with their Lord is characterized both by fear and hope, such that the former deters them from sins and disobedience, whereas the latter drives them towards good deeds.

“Hoping for the reward of Allah is one of the most supreme and honorable ranks of one who pursues the right path. Allah The Almighty praises those [who do that], when He Says (what means):

{There has certainly been for you in the Messenger of Allah an excellent pattern for anyone whose hope is in Allah and the Last Day and [who] remembers Allah often.} [Al-Ahzab 33:21]

It was also narrated in a Hadeeth Qudsi, that Allah The Almighty Says: ‘O son of Adam, If you supplicate to Me, expecting My forgiveness, I will forgive you however great or many your sins may be.’

When a person has hope, it means that he or she is bound and attached to these names of his or her Lord: “The Benevolent, The Beneficent”. The more one knows Allah The Almighty, His names, attributes and the dominance of His mercy over His wrath, the more his or her hope increases [in Him]. Had it not been for hope, the servitude of the heart and organs [to Allah] would have ceased, and monasteries, churches, synagogues and mosques, where the name of Allah is frequently mentioned, would have been demolished. If not for the spirit of hope, [our] limbs would not have performed acts of obedience, and neither would the ships of good deeds have sailed in the seas of will without its pleasant breeze.”

Similarly, the Prophet ( may Allah exalt his mention ) said: “If a believer [truly] knew of the punishment of Allah, no one would expect His Paradise. Equally, were a disbeliever to know of the [actual] mercy of Allah, none would despair of His Paradise.” ‘Abdullah ibn Mas‘ood, remarked, “The most encouraging verse in the Quran is in the Chapter Az-Zumar (The Groups); Allah The Almighty Says (what means),

{Say, “O My servants who have transgressed against themselves [by sinning], do not despair of the mercy of Allah. Indeed, Allah forgives all sins. Indeed, it is He who is the Forgiving, the Merciful.”} [Az-Zumar 39:53]”

One of those who visited Maalik ibn Anas during the night in which he died, asked him, “O Abu ‘Abdullah, how do you find yourself?” He answered, “I do not know what to say to you except that you will soon see [aspects] of the clemency of Allah that you have never expected.”

Glory be to Allah The Almighty! If those who turn away from Him only know how He waits for their return and how Merciful He is to them, they will long for Him enormously. Indeed, if this is His will towards such people, how will He be to those who draw near to Him? ‘Abdullah ibn Al-Mubaarak approached Sufyaan Ath-Thawri, on the night of [standing in] ‘Arafah, and found him kneeling [in prayer], as his eyes overflowed with tears; he asked, “Who is the worst person in this gathering [in the plains of ‘Arafah]?’ Sufyaan Ath-Thawri replied: “Whoever thinks that Allah will not forgive their sins [i.e., of the people who are present].’”

On a similar night, Al-Fudhayl ibn ‘Iyaadh observed people’s glorification [of Allah The Almighty] and their crying, so he asked those around him: “If those people went to a man and requested one-sixth of a dirham from him, would he let them return empty-handed?” When they replied in the negative, he commented: “By Allah, pardoning is easier for Allah than [that].” Therefore, I implore Allah The Almighty, seeking His forgiveness, knowing fully that He absolves and forgives; even if people’s sins are great, they are minor in comparison to His mercy.

Hence, a slave should have much hope in Him, especially when he or she is on the verge of death. Allah The Almighty Says, as narrated in a Hadeeth: “I am [to him or her] as My slave thinks of Me.” That is why, perhaps, when Waathilah ibn Al-Asqa’,, went to see Yazeed ibn Al-Aswad as he lay dying, he asked him, “What is your expectation about Allah?” The latter replied: “My sins have brought me to the brink of ruin, but I hope for the mercy of Allah.” So, Waathilah, [happily] exclaimed “Allah is The Greatest”, and then said, “I heard the Messenger of Allah ( may Allah exalt his mention ) say: ‘Allah The Almighty Says: ‘I am as My slave thinks of Me, so let him think of Me what he wants’.’” For the same reason, when Sulaymaan At-Taymi was dying, he instructed his son: “O Mu‘tamir, talk to me about exemptions [in Islam], so that I may meet Allah while having good expectations of Him.”

Hope prompts one to do good deeds

It is witnessed as a reality in life that many neglect good deeds and dare to commit evil and sins, claiming that they trust in the mercy and forgiveness of Allah The Almighty. Undoubtedly, this is a misunderstanding of the true meaning of hope. The words of Al-Hasan Al-Basri are applicable to such people mentioned above; he says: “There are people whose confidence in forgiveness diverts them from doing what is moral, so much so that they die with no virtues. They proclaim: ‘we have good expectation of Allah’. Surely, they are liars, for if they had hope [in Him], they would have done good [to support their claim].”

Allah The Almighty is indeed the most Forgiving, Ever Merciful; however, I would like to draw your attention, dear reader, to the subtle meaning embedded in the verse (which means):

{Indeed, those who have believed and those who have emigrated and fought in the cause of Allah – those expect the mercy of Allah. And Allah is Forgiving and Merciful.} [Al-Baqarah 2:218].

Contemplate how this verse alludes to these people hoping for the mercy of Allah The Almighty alongside doing those great noble deeds.

Dear Muslim, let us, then, do good and repent from our sins and evil which we have committed. Let us repeat the words of Mahmood Al-Warraaq: “O Allah, I have much hope in Your forgiveness and You [alone] manage my affairs. I have concealed my secrets from my relatives and others; You are the only One to Whom I disclose them as I am confident that You will veil them. O Allah! Do not fail me on the Day of Resurrection when all hidden matters will be exposed. O Allah, do not reveal my secrets before people; Your protection will provide me with an argument [for my forgiveness], even though I have no basis for contention or a real excuse.”

Adapted with editorial adjustments from www.islamweb.net.