How Prayer Accelerates the Treatment of the Sick 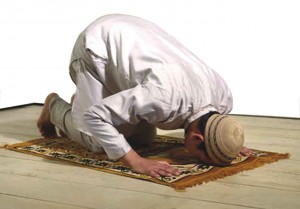 Those without faith, on the other hand, imagine that the way to recovery is through doctors, medicines or the advanced technological capabilities of modern science.

“Your Lord says, “Call on Me and I will answer you. Those who are too proud to worship Me will enter Hell abject.” (Ghafir 40:60)

According to the Qur’an, prayer, meaning “calling, giving expression, requesting, seeking help,” is a person’s turning sincerely to Allah, and seeking help from Him, the Almighty, the Compassionate and Merciful, in the knowledge that he is a dependent being. Illness is one of those instances when a person feels this dependence most and draws closer to Allah. Furthermore, sickness is a test, devised in His Wisdom, that takes place by His Will, and is a warning to remind people of the transience and imperfection of this life, and is also a source of recompense in the Hereafter for the patient and submissive.

Those without faith, on the other hand, imagine that the way to recovery is through doctors, medicines or the advanced technological capabilities of modern science. They never pause to think that it is Allah Who causes their physical system to function when they are in good health, or Who creates the healing medicines and doctors when they are ill. Many turn only to Allah when they arrive at the opinion that doctors and medicines are inadequate. People in such situations seek help only from Allah, realizing that only He can free them from their difficulty. Allah has revealed this mindset in a verse:

“When harm touches man, he calls on Us, lying on his side or sitting down or standing up. Then when We remove the harm from him he carries on as if he had never called on Us when the harm first touched him. In that way, We make what they have done appear good to the profligate.” (Yunus, 10:12)

The fact is, however, that even in good health, or without tribulations or other difficulties, a person must pray and give thanks to Allah for the comforts, good health and all the other blessings He has imparted.

One very important aspect of prayer is this: In addition to praying out loud, it is also important for a person to make every effort to pray through his or her deeds. Prayer by action means doing everything possible to attain a certain wish. For example, in addition to praying, a sick person may also have to visit an expert doctor, use medicines that will be of benefit, and receive hospital treatment if necessary, or some other form of special care. Because Allah has linked everything that happens in this world to specific causes. Everything in the world and in the universe happens in accordance with these causes. Therefore, the individual must take the requisite measures in accordance with these causes, and yet await the outcome from Allah, with humility, submission, and patience, in the knowledge that it is He Who brings about their results.

The positive effect of faith and prayer on the sick and the way these accelerate treatment is a matter that has attracted the attention of and is recommended by doctors. Under the heading “God and Health: Is Religion Good Medicine? Why Science Is Starting to Believe,” the 10 November 2003, edition of the famous magazine Newsweek took the curative effect of religion as its cover story. It reported that faith in God raised people’s morale and helped them recover more easily, and that science had also begun to believe that people with religious faith recover more easily and quickly. According to a Newsweek survey, 72% of Americans say they believe that praying can cure someone and that prayer facilitates recovery. Research in Great Britain and the USA has also concluded that prayer reduces patients’ symptoms and accelerates the recovery process.

According to research conducted at Michigan University, depression and stress are observed to a lesser extent in the devout. And, according to findings at Rush University in Chicago, the early death rate among people who worship and pray regularly is some 25% lower than in those with no religious convictions. Another study conducted on 750 people, who underwent angiocardiography, proved scientifically the “curative power of prayer.” It was established that the death rate among heart patients who prayed decreased by 30% within a year after their operations.

Examples of the prayers mentioned in the Qur’an are:

“And Ayyub when he called out to his Lord, “Great harm has afflicted me and You are the Most Merciful of the merciful,” We responded to him and removed from him the harm which was afflicting him and restored his family to him, and the same again with them, as a mercy direct from Us and a Reminder to all worshippers.” (Al-Anbiya’, 21:83)

“And Dhu’n-Nun [Yunus] when he left in anger and thought We would not punish him. He called out in the pitch darkness: “There is no god but You! Glory be to You! Truly I have been one of the wrongdoers.” We responded to him and rescued him from his grief. That is how We rescue the believers.” (Al-Anbiya’, 21:87-88)

“And Zakariyya when he called out to his Lord, “My Lord, do not leave me on my own, though You are the Best of Inheritors.” We responded to him and gave him Yahya, restoring for him his wife’s fertility. They outdid one another in good actions, calling out to Us in yearning and in awe, and humbling themselves to Us.” (Al-Anbiya’, 21:89-90)

As has already been stated, prayer must not only be for the alleviation of sickness or other mundane problems. A sincere believer must always pray to Allah and accept whatever comes from Him. The fact that the benefits of prayer revealed in many verses of the Qur’an are now being recognized scientifically once again reveals the miraculous nature of the Qur’an.

“If My servants ask you about Me, I am near. I answer the call of the caller when he calls on Me. They should, therefore, respond to Me and believe in Me so that hopefully they will be rightly guided.” (Al-Baqarah 2:186)