How the Prophets Made Da`wah! 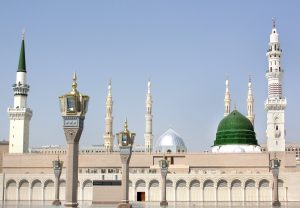 The story of Ibrahim (may Allah exalt his mention) in the Noble Qur’an shows us that the orderly conduct of living, the manner of morals, and principles of behavior and ethics cannot be implemented and firmly upheld except if the `Aqidah (creed) connects the spirit with the body

Calling to Allah is the way of the Messenger Muhammad (may Allah exalt his mention) and his followers, as Allah, the Most High, Says (what means): “Say [O Muhammad]: ‘This is my way; I invite to Allah with insight, I and those who follow me. And exalted is Allah; and I am not of those who associate others with him.’” [Yusuf 12:108]

Calling to Allah was the mission of all the Messengers and their followers, in order to bring the people out of darkness into light, from Kufr (unbelief) to true Iman (faith), from Shirk (polytheism) to Tawhid (monotheism), and from the Fire to Paradise. This call to Allah rests upon firm pillars and is established upon foundations which are absolutely essential. If any of these are missing, the Da`wah (call to Islam) will not be correct and will not produce the desired results – no matter how much time or effort is expended – and this is the reality which we witness with regard to many of the present-day calls which are not supported by those pillars and built upon those foundations. These pillars, which support the correct Da`wah, are clearly shown in the Book (the Qur’an) and the Sunnah (prophetic tradition), and can be summarised as follows:

Since the ignorant person is not suitable to be a Da’ee (caller). Allah, the Most High, said to His Prophet (may Allah exalt his mention) (what means): “Say [O Muhammad]: ‘This is my way; I invite to Allah with insight (Baseerah), I and those who follow me. And exalted is Allah; and I am not of those who associate others with Him…’” [Yusuf 12:108] ‘Baseerah’ is knowledge. So the caller is certain to face those who are scholars of misguidance, those who will attack him with doubts and futile arguments in order to rebut the truth. Allah, the Most High, Says (what means): “…And argue with them in a way that is best…” [Al-Nahl 16:125]

This is so that he will be a good example – his actions attesting to his words, and leaving no excuse for the opponents of the truth. Allah, the Most High, informs us that His Prophet Shu’ayb (may Allah exalt his mention) said to his people (what means): “…I do not intend to differ from you in that which I have forbidden to you; I only intend to reform as much as I am able…” [Hud 11:88]

Da`wah should be made purely and sincerely, seeking Allah’s pleasure to seek the Face of Allah (and seeking His Reward) – not for show, repute, status, leadership, nor desiring worldly goals. If any of these goals adulterate it, the call is no longer for Allah; rather it is for one’s own benefit or for the attainment of worldly goals. Allah informs us that His Prophets said to their people (what means): “…I ask of you for it [i.e., this message] no payment…” [Al-An`am 6:90] And in other verse Allah repeats it (what means): “…I ask not of you for it any wealth…” [Hud 11:29]

Let us take a glimpse at the way in which two of the well-known Prophets, Nuh (Noah) and Ibrahim (Abraham), may Allah exalt their mention, called to Allah:

Nuh (may Allah exalt his mention):

The name of Prophet Nuh may Allah exalt his mention has been mentioned in the Qur’an forty-five times. Let us recall some of these verses and chapters. Allah the Most High and Exalted Says what means: “And We certainly sent Nuh to his people, and he remained among them a thousand years, and the flood seized them while they were wrongdoers.” [Al-`Ankabut 29:14] And: “Indeed, We sent Nuh to his people, [saying]: ‘Warn your people before there comes to them a painful punishment. He said: ‘O my people! Indeed I am to you a clear warner.’” [Nuh 71:1-2] And so came to pass a tradition by Allah, the High and Exalted, in which the propagation faced trials, ordeals etc. Along with that, barriers were erected by the enemies of Allah as a means of standing in the way of the call to monotheism and towards its callers. This is the lengthy history of humankind, from the time of the Prophet Nuh (may Allah exalt his mention) to our present day; full of dedicated powers standing in the path of Da`wah to Allah, the High and Exalted, being publicly insurgent and intimidating, without shame or discretion. Prophet Nuh (may Allah exalt his mention) remained among his people for a very long time, but none except a very few believed his call. So the rest were taken away by the flood, as they were wrong-doers.

Ibrahim (may Allah exalt his mention):

Indeed Prophet Ibrahim (may Allah exalt his mention) was a true Muslim, avoiding any creed except that of Islam (submitting oneself to Allah only, and following His commands), and believing that Islam is the first and final message to the whole of humanity. This was also the belief of those who succeeded him from among his progeny: Isma`il (Ishmael), Ishaq (Isaac), Ya`qub (Jacob), and Al-Asbat (the twelve descendants of Jacob who form the twelve tribes of Israel), may Allah exalt their mention. They passed this creed on to Prophet Musa (Moses) and `Eesa (Jesus), may Allah exalt their mention, and the matter finally concluded with the Muslim descendants of Ibrahim (may Allah exalt his mention).

The story of Ibrahim (may Allah exalt his mention) in the Noble Qur’an shows us that the orderly conduct of living, the manner of morals, and principles of behavior and ethics cannot be implemented and firmly upheld except if the `Aqidah (creed) connects the spirit with the body. Indeed, Ibrahim was at the peak of his youth when Allah, the High and Exalted, gave him maturity and adulthood, as he denounced the worshipping of idols by destroying them. He ridiculed and mocked them, and finally smashed them into pieces. Not only that, but he also ridiculed the mentality of the people, and opposed them, saying (what means): “Uff to you and to what you worship instead of Allah. Then will you not use reason?” [Al-Anbiya’ 21:67]

Thereafter, his people were overtaken by pride, which lead them to offense, just as it always does the tyrant oppressors and the powerless alike, when they have no proof. So, they resorted to outrageous, tyrannical force, and severe punishment. And Allah Says in the Qur’an about the words that they said to him (what means): “…Burn him and support your gods – if you are to act.” [Al-Anbiya’ 21:68]

But, Allah’s mercy and assistance for those who call others to Him totally voided their sayings and nullified their plan (to throw Ibrahim (may Allah exalt his mention) into a blazing fire); Allah Says (what means): “We [i.e., Allah] said: ‘O Fire! Be coolness and safety upon Ibrahim.” [Al-Anbiya’ 21:69] Take a good look at the ‘father of prophets’. He (may Allah exalt his mention) suffered, but was patient, and was gifted. In return, he was thankful, so the generous end (of this conflict) was befitting to him because of his graceful patience. From his progeny, the best of nations were sent out to the people, guiding with the Command of Allah, and establishing Allah’s legislature upon guidance and light. So, similar action must be displayed by the people of Da`wah: being patient in the face of rejection, and in suffering in the Path of Allah.