How to Attain a “Tranquil Soul”? 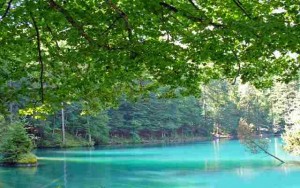 It is well known that each and every surah of the Qur’an has its own theme as well as objectives. Every time I read surah Al-Fajr, certain meanings come into my mind and fill my heart. Foremost among these is the perception that one of the main objectives of the surah for a true Muslim is to attain the “tranquil soul” which is mentioned near the end as will be elucidated later.

The surah starts as Allah the Almighty swears by the dawn, the first ten days of Dhul Hijjah, the Even and the Odd, and by the night when it departs in a way to show their significance and the necessity of discerning man to care about and earnestly observe. Furthermore, Allah makes His Oath comprehensible to he who possesses intellect, sound reasoning, understanding and religious discernment. He says,

“By the Dawn. And ten nights. And the Even and the Odd. And the night when it departeth. There surely is an oath for thinking man.” (Al-Fajr 89:1-5)

Likewise, a “thinking man” should contemplate over the fate of ancient nations and should see the graces which Allah the Almighty gave them in abundance. However, they turned away from Allah’s commands, went astray and misled others, persecuted the faithful and strived against Allah and His Messengers. They also prevented others from following the straight path of monotheism, and spent their wealth and properties in a way to defy Allah and His Messengers. They continued doing so until Allah’s Command overtook them and they were given tremendous torment in the present life and were promised a severer torment in the Hereafter as is shown elsewhere in the Qur’an.

These past nations were the peoples of `Ad, Thamud and Pharaoh whom Allah mentioned in the Qur’an in more than one place, so that the faithful may learn a lesson or lessons from their demise (Al-Fajr 89:6-14).

Then comes the Divine Statement, “Verily, your Lord is Ever Watchful,” to pacify the faithful and all those who follow the path of Da`wah; those who fight against the enemies of Allah; those who declare the truth in the face of each and every tyrant throughout the ages. He, Glory be His, reassures the faithful that He is with them and that He will eventually grant them sweeping victory over His and their enemies.

Then, Allah shows that wealth and poverty are both a test and honor or disgrace for the servant as He refutes man in his belief that if Allah gives him abundant provisions to test him with it, it is out of His honor for him. But this is not the case, rather it is a trial and a test, as Allah says,

“Do they think that in wealth and children with which We enlarge them; We hasten unto them with good things. Nay, but they perceive not.” (Al-Mu’minun 23:55-56)

Likewise, from another angle, if Allah tests him and tries him by curtailing his sustenance, he believes that is because Allah is humiliating him. As Allah says, “But no!” meaning, the matter is not as he claims, neither in this nor in that. For indeed Allah gives wealth to those whom He loves as well as those whom He does not love. Likewise, He withholds sustenance from those whom He loves and those whom He does not love. The point is that Allah should be obeyed in either circumstance. If one is wealthy, he should thank Allah for that, and if he is poor, he should exercise patience as explained by Ibn Kathir.

Following this, Allah the Almighty draws the attention of the “thinking man” to a number of deeds through which he can attain the objective of the whole surah a is stated above; that’s to attain the “tranquil soul”. This contains the command to honor the orphan, feed the poor and the needy and encourage other members of the faithful community to do so. Allah also forbids him to devour the inheritance, or love wealth very much as this increase in love for wealth may increase one in his wickedness. He says,

“Nay, but ye (for your part) honor not the orphan. And urge not on the feeding of the poor. And ye devour heritages with devouring greed. And love wealth with abounding love.” (Al-Fajr 89:17-20)

“Nay, but when the earth is ground to atoms, grinding, grinding. And thy Lord shall come with angels, rank on rank. And hell is brought near that day; on that day man will remember, but how will the remembrance (then avail him)? He will say: Ah, would that I had sent before me (some provision) for my life! None punisheth as He will punish on that day! None bindeth as He then will bind.” (Al-Fajr 89:21-26)

This is for the criminals and the wrongdoers among the creatures. Yet, in reference to those who observe the aforementioned acts of worship as well as take care of Allah’s commands and fulfill their religious obligations, they will surely attain the pure and “tranquil soul” which is always at rest and abiding by the truth. This soul will be addressed on the Day of Judgment as,

“O tranquil soul! Come back to your Lord; well-pleased, well-pleasing.”

Indeed, a true believer and “thinking man” wishes to hear this statement from Allah the Almighty on the Day of Judgment,

“O tranquil soul! Come back to your Lord; well-pleased. Enter then among My servants, And enter My Paradise!”

May Allah the Almighty make us all hear that Divine Statement on the Last Day! Amen.