How to Avoid Anger 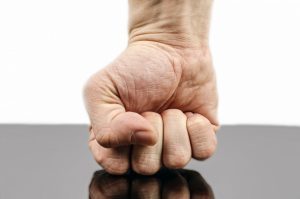 How to Avoid Anger

Narrated ‘Abdullah bin ‘Umar that Allah’s Messenger (may Allah exalt his mention) said: “No one does anything more excellent in the sight of Allah, The Great and The Glorious, than restraining his anger, seeking to please Allah.” [Ahmad and At-Tirmidhi]

Murphy’s Law is commonly known as: “Anything that can go wrong, will.” However, what about the emotional and physical state of the person for whom everything that can go wrong has gone wrong? For example, when something goes wrong in an organization, it is the leader who is held responsible. If the mistake is costly, whether in time, money or reputation this puts stress and pressure on the one in charge. This will undoubtedly lead to a degree of anger based on the magnitude of the results of the mistake.

Anger is a natural response. But, is it avoidable? Should it be avoided at all costs? Is it harmful? Sulayman bin Sard said: “I was sitting with the Prophet (may Allah exalt his mention) when two men argued and one of them became so angry that his face became swollen and changed…” [Al-Bukhari and Muslim].

It is clear from the above mentioned narration that people are physically affected by anger. In terms of health, on-going states of anger have been linked with muscular tension, stress and adverse long-term affects on mental health. Although situations that cause anger are not always avoidable, anger can and should be controlled. A person who becomes angry may become irrational and say or do something regretful. When anger becomes a habit without efforts to control it, a person will face great difficulty in building quality interpersonal relationships.

Prophet Muhammad (may Allah exalt his mention) was tested by the stubborn and ignorant people around him. He was exposed to ridicule and harassment. His followers were oppressed and unjustly punished for accepting Islam. The Prophet (may Allah exalt his mention) himself was the subject of physical and emotional abuse by the Arabs in Makkah. However, there are no records of the Prophet ever abusing an individual, losing his temper, or becoming angry (outside of issues of religion).

The Prophet (may Allah exalt his mention) advised his followers to control their anger at all costs. Even at the climax of war, he advised them to deal with prisoners with mercy and compassion.

Abu Hurayrah narrated that Allah’s Apostle (may Allah exalt his mention) said: “The strong is not the one who overcomes people by use of his strength, rather he is the one who controls himself while in anger.” [Al-Bukhari]

Among his directives, he (may Allah exalt his mention) stressed the importance of not killing children or the elderly, burning villages or cutting down trees. There was also a high degree of respect for the modesty of women and as a result, there was not a single case of rape reported in his time. How was this possible? Is it indeed possible for people to suppress their anger, if so, how?

One of the best ways for a person to control his anger is by becoming more aware of his own personal habits. Quite often, in the midst of a heated discussion, a person’s muscles start to become tense and the pulse increases rapidly. When this happens, it is possible that the person will become angry and irrational.

Narrated Abu Tharr: “The Messenger of Allah (may Allah exalt his mention) said to us: ‘When one of you becomes angry while standing, he should sit down. If the anger leaves him, well and good; otherwise he should lie down’.” [Abu Dawood].

The idea here is simple: the person must change the circumstances under which he first became angry. If his muscles have become tense and he has started to become angry while standing, then sitting down will require a relaxation of the muscles, while at the same time it will change the setting of the discussion. Also, getting up and performing ablution will help to alleviate the anger.

Narrated Atiyyah As-Sa’di: “Abu Wa’il Al-Qass said: “We entered upon ‘Urwah bin Muhammad bin As-Sa’di. A man spoke to him and made him angry. So he  stood and performed ablution; he then returned and said: ‘My father told me on the authority of my grandfather ‘Atiyyah who reported the Apostle of Allah (may Allah exalt his mention) as saying: ‘Anger comes from the devil, the devil was created of fire, and fire is extinguished only with water; so when one of you becomes angry, he should perform ablution’.” [Abu Dawood].

In addition, the person must be aware of the kinds of situations and settings that make him angry. One source of frustration is being too busy to realize the kinds of situations that can cause anger and not taking the necessary precautions to avoid them. For example, if an employee is consistently late in submitting reports or is careless in the appearance of the reports, and this angers the leader, the problem is not necessarily caused by the staff member. Why? Simple: The leader must take the necessary steps to train the employee about what is required, so as to improve the work situation and avoid repeating the same stressful situation in the future. The leader can also learn to manage his reaction towards the staff member. One key to controlling anger is for a person to know what sets off the anger inside him and then is able to control it.

Another important element in controlling anger is not to allow frustrations to build up without adequate attention. A leader may spend a lot of time dealing with people. Each interaction may cause the leader some frustration. If he has no way of dealing with the stress of each situation as it occurs, then the leader will find himself at the brink of anger for even the most trivial situations. This sort of awareness places great pressure on the leader to constantly pay attention to his own emotions. What is he feeling? Is something frustrating him? If so, what is it? Is it something that can be immediately changed? If not, the leader must explore what can be done to help alleviate the situation, at least temporarily. Throughout the day, the leader must take inventory of his feelings towards the staff and towards particular situations. In addition, the leader must try to not let anger build up throughout the course of the day and when dealing with different situations.

Taking time out for prayer is one way to break the tension and relieve the stress that brings on anger. If taking a break to pray is not possible then stopping to make Du’aa’ can help. Being aware of one’s own personality will not only allow a person to function better, but also enable him to control his anger regardless of the situation.