Lessons Derived from the Story of the People of the Cave 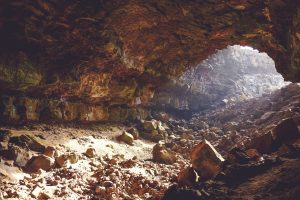 Lessons learned from the story of the People of the Cave

The stories related in the Qur’an should not be read in a hurry or merely passed by. Instead, we should ponder on, contemplate over, reflect on them and read them carefully and understand them thoroughly to derive lessons and admonition thereof.

These lessons are important as they can act as guidance by which we can be guided and a light that can enlighten or illuminate our present life. These Qur’anic stories are not meant for entertainment or fun. They are for us to reflect on them to derive useful lessons and beneficial admonition to help us lead our lives guided by faith.

Scholars of Tafseer said: The king from whom the young men fled and escaped his tyranny and injustice died and, thus, disbelief and injustice, died with him. Islam spread all over the country and the believers disputed over the way of resurrection and raising the dead.

Some said: Only the souls are to be resurrected.

Others said: Both the souls and the bodies are to be resurrected.

Hence, returning these young men to life after spending 309 years in slumber was taken as evidence on the resurrection of the dead with their bodies and souls as they were in this present life; Allah is the All-Mighty Who can do anything.

On the other hand, the returning of these young men to life is a manifest and clear proof that the Day of Judgment is for real and that there is no doubt about it in any way… “And thus We made their case known, that they might know that the promise of Allah is true and that there can be no doubt about the Hour”. (Al-Kahf 21)

This story is just one of the countless wonders of Allah:

Join us to learn more and stand on some of the many lessons that can be derived from this amazing story of the people of the Cave.

You can reach him at alihalawani72@hotmail.com.