Repentance in a Taxi Trip 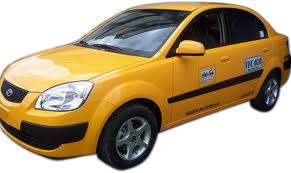 When you played this recitation, I felt that Allah, the Almighty, was speaking to me. He was reprimanding me for my negligence of praying.

I used to work as a taxi driver in the period between 2004 and 2008 as a temporary work until I could find another job.

One day, while driving in the streets of Alexandria, Egypt, and listening to the voice of Sheikh Mishari Rashid reciting some verses of Surat Al-Hadid (Qur’an, Chapter 57) a man in his 60s stopped me and asked to take him to Karmuz (one of the oldest neighborhoods in Alexandria.) He got into the car and I started driving to his destination.

Though focusing on the road, I noticed that the man was overly irritated. He was shaking his knees, rubbing his hands and looking to the cassette player from time to time. He kept doing that until the Sheikh recited the following Ayah:

“Has the time not come for those who have believed that their hearts should become humbly submissive at the remembrance of Allah and what has come down of the truth? And let them not be like those who were given the Scripture before, and a long period passed over them, so their hearts hardened; and many of them are defiantly disobedient.” (Al-Hadid 57:16)

The man burst into tears all of a sudden and cried hysterically. He never stopped so I had to stop the car at the road side to calm him down. I talked to him but he never replied; he just went on crying and weeping.

I thought that the Qur’an recitation was the reason for his crying so I turned off the cassette player. However, the old man asked to replay the last verse. When I did, he started wailing again.

I had to wait until the Sheikh finished the Surah. Only then, the man started to calm down and tell his story:

Excuse me my dear son. My name is Mus`ad, I had a heart disease and my sons used to rush me to our neighbor doctor when I had a heart attack at night. One night, I had the attack and we went to him as usual, but he pretended to be asleep and never opened the door for us.

So, my children took me to a public hospital and as you know, no real care is offered in public hospitals. Anyway, I told my children that I was getting better. Actually, I just wanted them to go home because they had work in the morning and they could not afford missing the work.

After we got home, the pains were so acute. I felt so sick. So, I left my home and sat at the side of the Mahammadyah (an old water canal in Alexandria).

For hours, I kept praying to Allah and earnestly asking Him to heal me from this heart disease. I erupted in tears and said,

“O Allah, You make me suffer because I don’t pray, please, heal me and I won’t leave a rak`ah anymore.”

My pains increased more. I cried in a higher tone, “Stop it! Don’t You feel sorry for me?!”

A while later, I felt a bit at ease and went to sleep. When I woke up, I felt I was much better.

Since that day, I have never experienced that pain or heart crisis anymore.

But I have never prayed even one rak`ah.

When you played this recitation, I felt that Allah, the Almighty, was speaking to me. He was reprimanding me for my negligence of praying.

Do you think that I was crying because I feared that He would afflict me with heart disease?

No, By Allah, I was not! I just felt embarrassed and ashamed of myself. Allah fulfilled my wish but I never kept my word.

The story is taken and translated into English from the author’s Facebook page. Courtesy onislam.net.

Abdullah Ash-Sherif is an Egyptian activist and poet.