Want to Be Closer to Allah, But Don’t Know How! 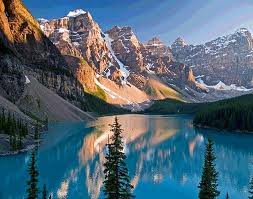 In many Islamic circles or presentations, I am asked a similar question from my brothers and sisters:

“I want to get closer to Allah, but don’t know how; or I don’t have the power to do it.

Sometimes I can succeed in getting close to Him when I spend time with pious friends who are affecting me, but when they are no longer around, I lose that closeness. I become powerless.”

Allah, the Exalted, is the Best to respond to this concern:

“When My servants ask thee concerning Me, I am indeed close (to them): I listen to the prayer of every suppliant when he calls on Me: let them also, with a will, listen to My call, and believe in Me: that they may walk in the right way.” (Al-Baqarah 2:186)

As Muslims, we believe in the Word of Allah, then should we not believe in the above verse? Of course we want to believe, but what truly keeps us from believing it in our hearts and feeling it when we make supplications?

If we can imagine there is a beautiful scenery in front of us, but there is also a curtain or veil between us and the scene. We can have a glimpse of the beauty on the other side, but not all. We want to see it all, but we keep sitting in our place and do not get up to move the curtain aside so we can have a full view.

Removing the veil or curtain takes the following efforts:

First, there must be a desire;

Third, keeping it open for full view at all times.

Sometimes people think of wanting to be close to Allah, but the desire is not strong enough. Faith is like a seed. It must be planted in fertile soil and watered. It is a process that would take time and determination.

To begin with, we must observe the most important duty Allah has prescribed to us, which is devotion and worship. This is the first step for achieving closeness to Allah.

In a Qudsi hadith the Prophet reported that Allah says,

While performing correct worship, one must choose the way to piety and righteousness mentioned in the hadith; a major step of getting closer to Him the Almighty. The person who has taqwa or piety, is the one who is foremost in doing good and wants to be ahead of others in goodness.

He remembers his humility in front of Allah, and knows he can call on Him with hope and fear. He desires much closeness to Him.

“Call on your Lord with humility and in private: for Allah loves not those who trespass beyond bounds. Do no mischief on the earth, after it hath been set in order, but call on Him with fear and longing (in your hearts): for the Mercy of Allah is (always) near to those who do good.” (Al-A`raf 7:55, 56)

Naturally, this person also knows that charity is another way to bring him closer to his Creator, for Allah loves those who give to the needy from their wealth and hates the hard fisted. In a Qudsi hadith the Prophet reported that Allah says,

This person does all right deeds in order to bring himself closer to his Creator. If he does all this and still does not feel as close to Allah as he wants then he might look at his environment and those he befriends and the condition of his lifestyle. Are his/her friends neglectful of Allah and often engage in idle talk or activities which Allah dislikes?

Are members of his family busy spending most of their time at home in front of TV watching programs Allah dislikes and he participates with them?

Are friends and family the cause of his weakness in religion? Is he/she dressed properly according to Islamic mode of dress as he/she likes?

The influence of a close friend is greater than one can imagine. One must take heed who he chooses as a close friend. Knowing our tendencies to incline to people and the worldly life, Allah warns us not to get side tracked.

“O ye who believe let not your riches or your children divert you from the Remembrance of Allah if any act thus, the loss is their own.” (Al-Munafiqun 63:9)

Actions must lead to the cleansing of the heart of all that is displeasing to Allah. This might not be easy, especially for the younger generation. Yet they must remember they are the torchbearers of Islam and they are the ones who can influence their peers better than older people. What a better blessing is it than one knowing that he is doing all he can to gain the pleasure of his Creator?

To maintain closeness with Allah, besides the above recommendations, one may engage in Dhikr or remembrance of Allah as often as one can

Dhikr empties the heart and the mind of impurities and brings a meaningful satisfaction to one’s life.

“Behold in the Remembrance of Allah do hearts find satisfaction.” (Ar-Ra`d 13:28)

Finally, since we believe in the Word of Allah, we find the solution of closeness to our Creator is given to us by Him.

Raya Shokatfard has been a journalist, Islamic lecturer, propagator and consular in US and Egypt for many years and former Editor in Chief for Reading Islam Website. She holds M.S. in Journalism and Mass Communication and an M.S.D. in TV Journalism. Islamic documentary production has been her latest interest. She can be reached at: [email protected]