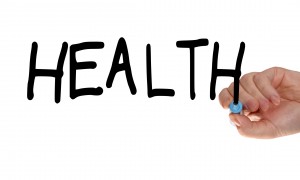 One of the forms of behavior noted in the Qur’an is concealed in a revelation vouchsafed to the Prophet Ayyub (as):

“Remember Our servant Ayyub when he called on his Lord: “Satan has afflicted me with exhaustion and suffering.” “Stamp your foot! Here is a cool bath and water to drink.” (Saad 38:41-42)

One of the pieces of advice given to the Prophet Ayyub (as) by Allah in the face of the exhaustion and suffering inflicted by Satan is “stamping the foot.” This expression in the verse may be indicating the benefits of movement or sport.

During sport, blood flow is accelerated, particularly by the movement of long muscles such as those in the legs (isometric movements) and the level of oxygen reaching the cells increases. As a result, the individual’s fatigue is eliminated and he or she is energized as toxic substances are expelled from the body.1 At the same time, the body acquires increased resistance to microbes. People who take regular exercise possess broad, clean arteries and this has the effect of preventing them from clogging and thus of preventing heart disease.2 In addition, regular exercise plays a role in the prevention of diabetes by regularizing the blood sugar balance. The beneficial effects of sport on the liver raise the levels of good cholesterol.3

“It is He Who sends down water from the sky. From it you drink and from it come the shrubs among which you graze your herds.” (An-Nahl 16:10)

As emphasized in the verse, washing is also known to be the most effective method of discharging the static electricity in the body. In addition to providing physical cleanliness, washing also reduces stress and tension. Washing therefore has a curative effect on many physical and psychological disorders, especially stress and fevers.

In the verse, in addition to washing, drinking water is also recommended. The beneficial effects of water on all organs of the body cannot be ignored. The health of many organs-such as the sweat glands, the stomach, the intestines, the kidneys and the skin-is directly related to the presence of adequate amounts of water in the body. The treatment of all such disorders, as may arise in this field, is possible by means of providing extra water. The answer to fatigue, tiredness and drowsiness is again to increase the level of water in the body and thus to cleanse it of impurities.