Islam, Muslims and the Natural World 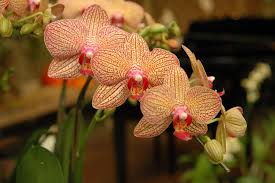 Because of negligence and irresponsibility, however, the delicate balance of nature has been disturbed with negative consequences.

Muslims believe the world is God’s gift to mankind and that there is proof of His existence in every natural object. The finest grain of sand, with its patterned arrangements of atoms, displays the minute detail of His reckoning. From the smallest of viruses to the largest of plants and animals, every living creature presents signs of God’s creational capacity. The universe serves as a reminder that the extent of His creation is still unknown to man, and in this wondrous Universe, man’s place is that of the ultimate creation.

Muslims believe that the Qur’an is the word of God (Allah) as revealed to the Prophet Muhammad (peace and blessings be upon him). It serves as the source of the Muslim worldview — together with the Hadith and Sunnah — and contains all the information needed to lead a good, true Muslim life, from the basic tenets of Islam to laws governing Muslim societies.

The Qur’an describes the special status of humans in creation, and is another piece of evidence of Allah’s existence. The natural world, like the Qur’an, is considered irrefutable proof of Allah’s existence, and Nature is usually referred to as “the second book” of Allah.

A Story of Creation

Islam’s story of creation is narrated in the Qur’an, and the purpose of creation was for Allah to be known and worshiped. He created the Universe and everything in it with a single command;

“Creator of the heavens and the earth from nothingness, He has only to say when He wills a thing: ‘Be’ and it is.” (Al-Baqarah 2:117)

However, this is not a haphazard or whimsical creation. Rather, it demonstrates Allah’s infinite power and capability —

“It was not in sport that We created the heaven and the earth and all that lies between them.” (Al-Anbiyaa’ 21:16)

Laws were set for the functioning of Allah’s universe, and in the Qur’an all creation submits to Allah’s will; “Islam is thus not limited to humans, but is applied to the whole universe and to everything in it” (Othman, 1992).

Nature and the Origin of Humanity

The story of the origin of man in Islam is similar to those in the teachings of Judaism and Christianity; Allah created Adam from clay. Allah then breathed His spirit into man, thus favoring him over all of his other creations. Humanity was appointed Allah’s khalifah (vicegerent) on earth because of this; “the status of man is definitely higher than the place of non-living objects, plants and animals because the number of attributes of God in man is much greater than in other creatures” (Hashmi, 1967).

The world being humanity’s gift and legacy from Allah (humanity does not assume ownership, the ownership of the universe belongs to Allah, humans are merely “caretakers”) has resulted in two prevailing attitudes about the natural world. The first is that because Allah placed His creation in the hands of humanity, it became a trust and according to the laws of Islam, was to be protected and maintained. The second is that since man holds a special place in the world, which is a gift to mankind, then all environmental concerns can be addressed with the sentiment “Allah, in His infinite Mercy and Generosity, will provide”.

Ideally, the presence of the former attitude would provide a greater regard for the natural world. The second attitude stems from a blind faith in divine intervention and a general sense of arrogance and irresponsibility. However, the majority of ordinary Muslims, like the majority of the world’s population, remain in a state of inactivity, unaware of the threats to the planet and its inhabitants.

Muslims believe that when Allah created the universe in submission to His will, He made everything with great care and measure and then left it to its own devices, governed by the laws He gave:

“He ushers in the dawn, and made the night for rest, the sun and moon a computation. Such is the measure appointed by Him, the omnipotent and all-wise.” (Al-An`am 6:96)

Everything was created in balance, and left for mankind to look after. The earth was made rich in bounty and gifts that humanity was invited to discover and use to its benefit. Because of negligence and irresponsibility, however, the delicate balance of nature has been disturbed with negative consequences.

Every Living Thing From Water

According to some Muslim scholars, the natural world can be divided into three main components: the first being water, the source of all life; second, the atmosphere; and finally, the plant and animal kingdoms (Ba Kader et al., 1983; see also Khalid and O’Brien, 1992). The teachings of the Qur’an and the Prophet Muhammad contain guidelines on how to interact with these components of the natural world.

and is essential for their survival. Because of the importance and necessity of water, under Islamic law all living beings are granted equal privileges and equal access to water as a right. In this case, no distinction is made between humans and any other creature.

In addition to being a source of drinking and irrigation, water plays another role as a life-giving substance; aquatic ecosystems sustain a rich array of living creatures, and water’s value as a life vessel is two-fold.

As we have come to discover all over the world, water shortages make conservation and preservation of freshwater resources crucial, at least until a more viable method of desalination is produced.

Islamic law also designates protocol and guidelines for water use in a way to minimize dispute over what is considered to be an inalienable right.

The Air, the Plants, the Animals 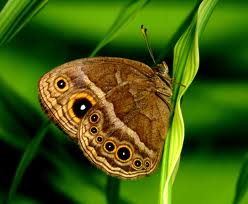 The atmosphere — in this case including oxygen required for breathing as well as air movements — is also a creation of Allah that is in our best interests to protect. Emissions and toxic waste released into the atmosphere taint Allah’s creation, causing global warming and exposing all living creatures to toxins. Islam teaches responsibility for ensuring that our actions do not negatively affect others, yet the effects of air pollution are global.

In Islam, greenery is loved and gardens are considered to hold properties similar to Paradise. Planting trees is a virtuous act, earning favor from Allah.

As mentioned earlier, mankind was given special status and elevated above the rest of creation. However, because all living creatures are considered by definition Muslim, as Muslims believe that all creation submits to God, and they all have designated roles in the universe, Islam forbids the harming of any creature apart from what benefits mankind.

The Qur’an reminds humanity that animals and plants also have their purpose in life and fulfill roles assigned to them by Allah.

Each human being has a responsibility for preservation and protection of self and all others. This is represented in the teachings of Islam by the prohibition of substances that may pollute the mind or body, such as narcotics, alcohol, or anything that may cause potential harm.

Humanity has a duty to protect and take responsibility for the well-being of Allah’s creation. The world and everything in it provides for needs of mankind.

However, the utilization of this creation should be done in a respectful and responsible manner, all the while recognizing the generosity of Allah. Muslims believe in accountability, and cruelty to Allah’s creation and lack of respect of the natural world will be one of the bases for judgment.

The religious duties of Muslims that are relevant to dealings with the environment are as follows:

No extravagance, excessive use or over-utilization;

In Shari’ah, there are regulations and guidelines on how we are supposed to treat the natural world. This ranges from the prohibition of cruelty to animals, which includes overworking them or causing them undue stress, to the allocation of water resources, as well as the process behind land designation.

Cruelty to living creatures is absolutely forbidden. A variety of stories and anecdotes exist in Islamic teachings regarding the evil of those who mistreated animals, and the virtue of those who went out of their way to demonstrate kindness to animals.

It is forbidden in Islam to kill animals without necessity. The slaughtering of animals for consumption provides food and clothing, while hunting for sport is considered unnecessary cruelty.

It is also prohibited to cut down trees without just cause. Damage to the natural environment and all living things is a criminal offence and laws do exist for protection, assigning punishments to those who oppose the law.

The punishment of crimes against nature, as well as the duty to protect and conserve Allah’s creation, makes Islam very much in tune with the needs of the environment.

Let There Be Light

Knowledge is light, and one of Islam’s strongest themes is the pursuit of knowledge. Only with knowledge can humans discover the extent of Allah’s creation, and be left with no other recourse than to submit to His worship. Following this principle, educating people about issues affecting the environment, and how the consequences of their actions and behaviors can have positive or negative effects on their surroundings should ideally lead to a more favorable relationship with the environment.

Islamic law needs to be applied in environmental cases. For everything ranging from animal rights violations, to large-scale pollution, Shari’ah provides a detailed and comprehensive method to approaching the environment and its resources.

Ba Kader, A.; Al Sabbagh, A.; Al Glenid, M.; Izzidien, M. (1983) Basic Paper on the Islamic Principle for the Conservation of the Natural Environment. Switzerland: International Union for Conservation of Nature.

Nehal El-Hadi is a Masters student at the Faculty of Environmental Studies, York University (Toronto, Canada) focusing on environmental journalism in the Canadian media. Her interests lie in the use of journalism as an agent for social change and understanding the place of nature in society.

In Chapter “Joseph”, the ruler of Egypt is called “King” and not “Pharaoh”. Why?