By Halil I. Demir 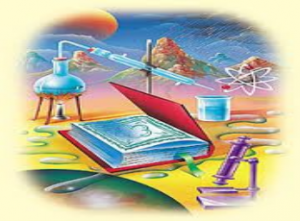 What exactly is it that inspires us, say, to write a beautiful poem or an article, or the next big idea that will change our life? There is no short answer to this question, for inspirations may come from many sources. Sometimes a dream, reading a text, a small organism in nature or a random thought can be the source of inspiration that we have been seeking for a long time. The inspiration itself does not necessarily have to be a complex form of information. It can be the simplest piece of a large puzzle waiting to be solved.

There are many examples of inspirations in history. Sometimes it comes with a dream, as it happened to the famous chemist, Friedrich Kekule (1829-1896), helping him to make one of the most amazing discoveries of his time. He saw atoms in his dream whirling, dancing and reassembling themselves in a snake-like motion, and the snake snapping its own tail. This dream provided him with the inspiration to discover the benzene ring. Benzene, a colorless and highly flammable liquid, is an important industrial solvent in the production of drugs, plastics, and dyes. Kekule is not the only person who found inspiration to an important question in his dream. For example, Otto Loewi, a famous German scientist, was inspired by a dream about an experiment that became the foundation for the theory of chemical transmission of the nervous impulse and led to a Nobel Prize. Once you contemplate on a question long enough, it becomes an important part of your life. You start seeing things in a different way, and everything becomes related to that question.

Ten years ago, a close friend of mine asked me a very interesting question. He said, “Did you ever read or witness any inspiration from Holy Scriptures, like the Qur’an, pointing to the Internet? After this question, I started to think deeply about the texts I had read, or the things I saw in my environment, and selected my readings more carefully. This helped me to capture more inspirations from my life.

It did not take long for me to relate many verses from scriptures to the question posed by my friend. It was an easy process to go backward from the result to the possible starting ideas (verses). The hard thing about inspiration is that both the starting point and the result are unknown. Once we know the result that we wanted to achieve, it is easy to relate many things and find similarities around us that might get us to the same point. This can be either a scientific fact or a religious belief.

The relationship between science and religion and inspirations from scriptures are the two most common controversial topics. Science and religion are the two strongest forces influencing humans. Some people use science to justify religious claims, while others start from religious information to reach unknown scientific points. Both approaches have many challenges and may lead to consequences that conflict with one’s belief. Scriptures can help us think outside of the box, and provide many inspirations for science. However, it is important to keep the balance between both worlds, while working hard on understanding science and building our faith on a solid ground.

So, how did I find the verses that pointed to the idea of the Internet in the Scriptures? I started to think of the core properties that make up the Internet. What will be my first words if I wanted to define the Internet? Some of the key definitions or features of the Internet that came to my mind was “a worldwide network of computers,” “connecting people to each other,” “storing or accessing world of information,” “removing physical boundaries,” “easy and cheap communication,” or “freedom of speech.”

Which feature of the Internet would sound too intricate to ever exist a thousand years ago? Probably, the possibility of storing and accessing all the information available throughout the history of mankind would be the most challenging feature. We haven’t reached that point with the Internet yet, but so much ground has been covered towards this goal. Let’s see how much progress is made on this road of storage and retrieval.

Wikipedia, a free web-based multilingual encyclopedia project, has over 22 million articles (over four million in the English Wikipedia). There are roughly 40 million books in US libraries. Google is building the largest online library in the history of the world and already scanned over 20 million books. ISI Web of Knowledge, an online scientific database, is a source for thousands of journals with millions of articles published from the 1900s to present. Everything published in the last couple of centuries becoming available online from handwritten books to newspaper archives, magazines, and journals.

Besides the published information, other types of data from various types of arts, music, and picture libraries are becoming an important part of the Internet. More and more museums provide virtual galleries that make all paintings, sculptures and other art pieces accessible to remote users. E-government projects make personal records, health and financial data of all citizens available to related parties. More personal information is available online through personal blogs, image galleries, video sharing, and discussion forums.

Could you make a person, fifty years or even fourteen hundred years ago, believe that one day all the information would be available in a book, a box or a device? This was my starting point to find clues about the Internet in the scriptures. This journey led to many interesting ideas and understanding of my environment. In the middle of the search, the Holy Qur’an provided an important message to summarize this journey:

With clear arguments and scriptures; and We have revealed to you the Reminder, that you may explain clearly to men what is sent for them, and that they may think and reflect. (Al-Nahl 16:44)

As an explanation to this verse, Ibn Mas`ud, the sixth person to embrace Islam, said “[Allah] made it clear that in this Qur’an there is complete knowledge of and about everything.” The Qur’an contains many verses about events in the past and future, what is lawful and unlawful, and information about the religion, our life in this world, and our destiny in the afterlife. Divinely inspired Scriptures, Prophets, and laws were sent successively, in part as an assurance of the true knowledge.

Fethullah Gülen, a Turkish Muslim scholar, lists the types of knowledge and understanding as follows; “… that is based on beholding or actively seeing something, inner (comprehensive knowledge) or outer (description and measurement), implementation of the lesser understanding (technology) or of the spiritual understanding (contemplation and worship, which yield wisdom), learning and teaching, self-based or other-based, the learner’s or teacher’s belief in independence of action or being, and of the believer’s surrender and trust to the Creator …” [1]. We need to learn how to “read” the universe and scriptures consciously to acquire true understanding and wisdom.

My search for the inspiration for an idea of the Internet led me to find many verses from the Holy Qur’an. Here are some of the verses that I personally think is a starting point to inspire the idea of storing all the information known to mankind.

… there is not a grain in the darkness (or depths) of the earth, nor anything fresh or dry (green or withered), but is (inscribed) in a clear record (to those who can read). (Al-An`am 6:59)

… nor is hidden from the Lord (so much as) the weight of an atom on the earth or in heaven. And not the smallest and not the greatest of these things but are recorded in a clear record. (Yunus 10:61)

These verses can be interpreted in different ways. Some scholars refer these verses to the knowledge of the All-Knowing God, or a book called Lawh al-Mahfuz that stores the information on the destiny of mankind. Actually relating these verses with the Internet, and the traditional interpretations have a very interesting connection. With ever-growing capacity and capabilities, the Internet is like a small book of destiny that stores our everyday life. However, it is far from storing every single event in the universe. This helps us to realize how mighty and vast the knowledge of the God is, and the capacity of Lawh al-Mahfuz.

When I recited the verses from Qur’an that related to the idea of the Internet, my friend was surprised. As in this example, scientific discoveries and inspirations can be connected with the verses from the Qur’an in many ways. It is important to make this connection for the greater good. Gülen says, “… Recent scientific discoveries have clarified certain Qur’anic verses. Such advances in knowledge occur successively, as the universe proceeds upon its decreed course and in the measure of understanding appointed for us. We must acknowledge and praise the efforts and achievements of researchers and scientists, but they should not lead us to ingratitude and insolence (the roots of unbelief). Rather, we should reaffirm our dependence upon the Creator for guidance both in our quest for and application of knowledge…” [1]. There is no doubt that the Qur’an drives us to deep thoughts, creativity, inspirations and great ideas.

Our further discussion raised another important question, “What is the purpose of reading scriptures?” To know why we read scriptures is as important as reading itself. The Qur’an explains the meaning of reading and draws attention to creation [2] by saying:

The Qur’an suggests us to observe the universe and learn from its laws and processes so we do not repeat the mistakes of the previous generations, and instead, build a better future.

Acknowledgment: This article was produced at MERGEOUS [3], an online article and project development service for authors and publishers dedicated to the advancement of technologies in the merging realm of science and religion.

Halil I. Demir is an internet entrepreneur and freelance writer.