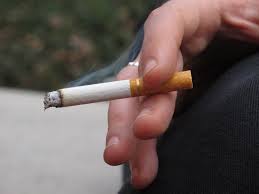 There are way better reasons to stop smoking than worrying about menopause.

Though this article has nothing to do with the Qur’an, it still has a strong connection to science and that’s why it has been posted under this section in particular.

(Reuters) – Women who smoke may hit menopause about a year earlier than those who don’t light up, according to a study that also notes an earlier menopause may influence the risk of getting bone and heart diseases.

The study, which was carried in the journal Menopause, pooled data from several previous studies that included about 6,000 women in the United States, Poland, Turkey and Iran.

Non-smokers hit menopause between age 46 and 51, on average. But in all but two of the studies, smokers were younger when they hit menopause, between 43 and 50 overall.

During menopause, a woman’s ovaries stop producing eggs and she can no longer get pregnant.

“Our results give further evidence that smoking is significantly associated with earlier (age at menopause) and provide yet another justification for women to avoid this habit,” wrote study author Volodymyr Dvornyk, from the University of Hong Kong.

Dvornyk and his colleagues also analysed five other studies that used a cut-off age of 50 or 51 to group women into “early” and “late” menopause. Out of more than 43,000 women in that analysis, women who smoked were 43 percent more likely than nonsmokers to have early menopause.

Both early and late menopause have been linked to health risks. Women who hit menopause late, for instance, are thought to be at higher risk of breast cancer because one risk factor for the disease is more time exposed to estrogen.

“General consensus is that earlier menopause is likely to be associated with the larger number and higher risk of postmenopausal health problems, such as osteoporosis, cardiovascular diseases, diabetes mellitus, obesity, Alzheimer’s disease, and others,” Dvornyk told Reuters Health in an email.

Overall, he added, early menopause is also thought to slightly raise a woman’s risk of death in the years following.

There are two theories for why smoking might mean earlier menopause, said Jennie Kline, an epidemiologist from Columbia University’s Mailman School of Public Health in New York.

Smoking make have an effect on how women’s bodies make, or get rid of, estrogen. Alternatively, some researchers believe certain components of cigarette smoke might kill eggs, added Kline, who was not involved in the study.

Dvornyk’s team did not have information on how long women had been smoking or how many cigarettes they smoked each day, so his team could not determine how either of those factors may have affected age at menopause.

For that reason, and a lack of data on other health and lifestyle factors linked to menopause, the analysis may not be enough to resolve lingering questions on the link between smoking and menopause, they said.

Alcohol, weight and whether or not women have given birth may each also play a role in when they hit menopause, but the evidence for everything other than smoking has been mixed, Kline said.

It is also possible that the same factors that influence age at menopause may determine whether women have trouble with infertility or not, or how late they can get pregnant.

Still, Kline said, “There are way better reasons to stop smoking than worrying about menopause.”

Meta-analysis suggests that smoking is associated with an increased risk of early natural menopause. Reuters.