The Earth Disgorges Its Charges 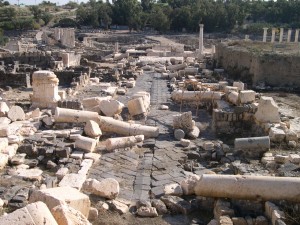 During earthquakes, the heavy substances below the surface have an opportunity to rise, and the Earth thus disgorges its charges, as revealed in the Qur’an.

When the earth is convulsed with its quaking and the earth then disgorges its charges and man asks,

The word “zilzal” in Arabic means earthquake, or tremors, and the word “athqalaha” means “charges, heavy burdens.” When one considers the above verses in the light of the first meaning, it can be seen that reference is being made to an important scientific fact about earthquakes.

The Surah mentions the earth disgorging its charges. Indeed, as a result of research in recent years, it has been realized that there are heavy metals at the center of the Earth, and that these appear as a result of movements on the Earth’s surface. According to geologists’ calculations, as the Earth cooled, heavy and dense substances sank to its center, while lighter ones rose to the surface. For that reason, the Earth’s crust consists of the least heavy substances (basalt and granite rocks), while heavy metals (nickel and iron) are found in the core. As a result, the subsurface, which consists of molten metals, is made of a material that is much heavier and denser than the surface.

During earthquakes, the heavy substances below the surface have an opportunity to rise, and the Earth thus disgorges its charges, as revealed in the Qur’an. Moreover, those regions where metal reserves are most concentrated are also those with the greatest volcanic activity. These scientific findings, which emerged only recently, and as a result of wide-ranging research, are just some of the scientific facts indicated by Allah in the Qur’an.