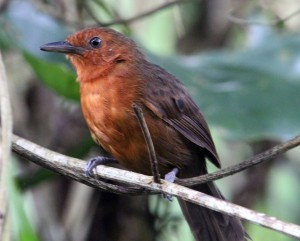 The fact that birds can know about a substance produced in an ant’s body and can know how to make use of it leads us to a single fact: Allah teaches this information to both creatures.

For instance, ants produce a kind of acidic substance that incapacitates microbes. They apply this acidic substance to their bodies and to the walls of their nest. In other words, they know that not only they themselves but also the nest they live in should be purified of microbes.

How is it that a little ant can know to act so intelligently? No doubt the ant’s intellectual power is not enough for that. An ant can know neither what a microbe is nor that it should protect itself from it. The ant should have first analysed the microbe and then found the substance to render it harmless. But how could it have determined this substance?

People are inoculated against specific microbes, but these vaccines are prepared in laboratories as a result of much research and experiment. Moreover, experts perform this research, for otherwise the vaccine would not be of any use, and could even be harmful. Ants, on the other hand, do not have such knowledge and have not been trained. They cannot possibly go to a laboratory and do research. It is unreasonable even to think such a thing. Obviously ants are born into the world knowing all these things that they do.

This knowledge is taught to the ant by a superior Being: Allah, the Lord of all the worlds and the Creator of everything, reveals to the ant how to protect itself from microbes.

Now let’s take birds as another example of living creatures that should be protected against microbes. Microbes disturb birds too, but birds do not have a system in their bodies to produce protective substances as ants do. Consequently, birds have found a different but equally practical solution to this problem. They go to and lie upon an ant’s nest, and wait for the ants to wander through their feathers. Ants that search for food stroll among the bird’s feathers and the substance that kills the microbes is smeared on the bird’s feathers as they do so. Thus, the bird is purified of microbes. How do birds know that ants produce such a substance and that this substance will remove microbes from their bodies?

People have discovered that ants have such a protective system only after much research. Many people other than those who have expert knowledge about animals are still not aware of it. Probably you too, have just learnt about it here. Birds, however, have known this feature of ants from the moment they were born. Moreover, although there is nobody to teach them how to do it, they can use ants to be cleansed of microbes.

The fact that birds can know about a substance produced in an ant’s body and can know how to make use of it leads us to a single fact: Allah teaches this information to both creatures. Allah has revealed that every being is under His command:

“… No, everything in the heavens and earth belongs to Him. Everything is obedient to Him.” (Al-Baqarah 2: 116)