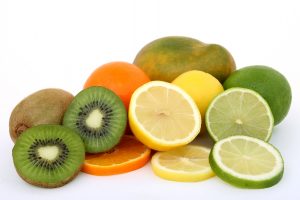 A healthy gut is an important component to fit life. Any issues with it will have repercussions on the rest of the body. It’s a large part of what makes us feel good, energetic, and strong on a daily basis. We have a biological need to eat every single day, and that has a daily effect on how we live.

The gut is responsible for much of the immune system, helps digest food, produces vitamins, breaks down nutrients, excretes toxins, and has connections to the brain—in fact the same neurons exist in both places, and the enteric nervous system that houses these neurons is often referred to as “the second brain.” That foggy feeling, when your mind isn’t functioning clearly, may come from not properly coddling the healthy bacteria that make up the gastrointestinal tract.

The digestive tract also produces the hormones that regulate appetite, as well as serotonin, which contributes to feelings of wellbeing, and dopamine, which mediates motivation.

“Good gut health, or good digestion, is the gateway to overall health and wellbeing,” says Alina Islam, a holistic nutritionist based in Toronto. “Having good health extends beyond just having healthy bowel movements or not being bloated. It impacts our immune health, brain health, skin health, and energy levels.”

Taking care of the gut is pretty intuitive and part of a larger healthy lifestyle. It naturally contains good bacteria, or gut flora that break down food into smaller molecules, all contained within the microbiome that lines it. “These smaller molecules can be absorbed into our bloodstream and then will go to our cells to build new molecules and new chemical structures that will provide benefits to our body,” explains IFANCA food scientist Saeed Hayek, PhD. “That’s why one of the important things when we talk about gut health is to have good bacteria in your gut.”

The good bacteria can also stave off any attacks by bad bacteria before they reach the immune system. The key is to have the right balance of the good over the bad.

Maintaining these positive strains means eating items high in probiotics (good bacteria) as well as prebiotics, the nutrients that are necessary to enhance the growth of good bacteria. In essence, prebiotics, with their high fibre content, feed probiotics. They include healthy foods such as leafy greens, oats, garlic, onions, leeks, artichokes, cucumbers, and asparagus. “If you’re not feeding good bacteria, they’ll starve to death,” says Laura Rokosz, a health care practitioner and owner of Egglrock Nutrition. While advertising and mainstream culture have really pushed the idea of probiotics, prebiotics are just as important.

Even though the good strains of bacteria live naturally in the body, increasing them on a daily basis is a sound and recommended practice. That means eating fermented items with live cultures in them. Fermentation means that sugars and carbohydrates have been broken down and formed into acid. Fermentation also breaks down other components in the food and makes them easier to digest.

Ingesting these could be as easy as eating one unsweetened yogurt serving a day or getting more creative with food intake. (While yogurt is the most common carrier of probiotics, there are many other good fermented food items enhanced with this good bacteria.) As these items high in probiotics also vary in different cultures, they provide a chance to explore different parts of the world through the taste buds. Tempeh, a good source of protein made of soybeans; kefir, a form of drinkable yogurt that has the added benefit of calcium and vitamins; lassi, a Southeast Asian yogurt smoothie; sauerkraut, a cabbage and salt mixture; miso, a paste of soy and barley; kombucha, a fermented tea; and kimchi, Korean spicy cabbage, all afford an opportunity to bring probiotics into the body. The average healthy person needs to consume at least one serving a day of any of these items to maintain good bacteria.

Some of these sources, such as miso paste, sauerkraut, and kimchi, are also high in sodium, so those who are trying to control salt intake should avoid them.

Of course, the fermentation process makes these foods sour, so it can take some time to build up the taste for them. Starting small can help; have a tiny portion of kimchi, for example, with rice or another grain and then add to that amount over time. Just this small addition can have a positive impact.

“Probiotics can be seen as ‘good cops’ that fight bad bacteria, the ‘bad cops,’ in the gut, and keep out infections and pathogens while reducing inflammation, improving the immune system, and promoting bowel movements,” explains Islam.

Although most nutritionists and dietitians would recommend eating real food, probiotic supplements don’t hurt, either, especially if fermented cuisine isn’t appealing; but taking them doesn’t serve as some catchall. Processed carbohydrates that come from an excess of desserts, fried items, fast food, and other similar junk products have a negative impact on the good bacteria. So taking a plethora of probiotics but otherwise having a diet of only processed fare and a dearth of fruits and vegetables will make little to no impact on the body. One yogurt every day won’t do much to combat a steady diet of chips and soda.

“It’s not a magic pill,” Rokosz warns. “If you’re going to go to the trouble to take a probiotic into your body to help with missing good bacteria, then you have to foster their growth by managing your diet.” Those who want to improve gut health will have to put in the daily effort themselves by changing their eating habits. Be aware, also, of added sugars in probiotic items such as yogurt and kefir drinks.

Other factors that could affect the way the bacteria work include the use of antibiotics. While they are necessary to combat certain ailments, they don’t differentiate between good and bad bacteria, killing them at the same rate, so it’s recommended to up your intake of probiotics while taking and after finishing the medication.

Chris Latham, a clinical nutritionist, also points out that chronic stress can degrade the gut lining. “That could be emotional, physical stress, if you’re worried all the time, in a bad relationship, hate your job,” she expands. If chronic stress is a factor, it’s recommended to find healthy ways to deal with it, such as relaxation techniques, working out, or speaking to a therapist.

Latham also recommends, in general, just chewing more slowly and enjoying the experience of eating to aid in breaking down meals and helping with digestion. “I tell people to chew their food until it’s mush,” she expands. “It should be a fine dining experience every time you eat. The TV shouldn’t be on; you shouldn’t be looking at your cell phone.”

Not overeating is also important. Prophet Muhammad (Peace Be Upon Him practiced and recommended moderation in eating and said, “A human being fills no worse vessel than his stomach. It is sufficient for a human being to eat a few mouthfuls to keep his spine straight. But if he must (fill it), then one-third of food, one third for drink and one third for air.” – Sunan Ibn Majah, Volume 4, Hadith 3349.

In general, the Quran prescribes to “…eat from whatever is on earth (that is) lawful and good…” [Al-Baqarah 2:168], which includes the fruits and vegetables recommended by nutritionists, as well as grains and meat.

Because the body is so connected, the gastrointestinal system will have an effect on the remaining systems. Islam explains that the GI system is where the body’s raw materials are processed and assimilated into the body. If those nutrients aren’t absorbed and utilized efficiently, the rest of our organs, muscles, tissues, and cells also won’t work efficiently. “For example, if you have weak digestion, you may not be absorbing protein properly despite eating enough in your diet,” she says. “This can show up in areas that seem unrelated to gut health, such as weak nails, brittle hair, and dull skin.”

Another sign pointing to the need of a tune-up can be constipation, diarrhea, or other irregularities with bowel movement, as well as constant bloating and cramping.

“If you don’t have enough good bacteria, then that has negative effects,” Hayek says. “It’s different from person to person because our bodies aren’t the same.”

While there aren’t direct correlations between gut health and most chronic diseases, Hayek points out that there are many indirect relations with things like cancer, heart disease, blood pressure, and cholesterol. Irritable bowel syndrome, whose causes are largely unknown, also has been shown to be affected somewhat positively by probiotics, although studies are still examining the exact reason for this.

The presence of acne and eczema are also sometimes attributed to gut health, although the science on that isn’t firm. Many nutritionists and homeopathic healers will first work on the digestive system and take a look at the effectiveness of a diet to battle skin conditions.

“No matter what area of your health you want to improve, you will see a benefit if you start by trying to heal your gut and improve digestion,” Islam says.

About the Author: Nadia Malik holds a degree in journalism and is a former reporter for a Chicago-area newspaper. She has written for websites and publications and has also worked for several non-profit organizations. She is currently in a graduate program at the University of Pennsylvania, studying social work and nonprofit leadership.