The Stewardship of Water in Islam 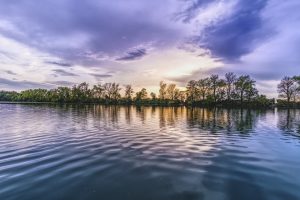 “Allah surely loves not those who transgress the bounds of what is right. Do not cause any disruption on earth after it has been so well ordered.” [Al-A`raf 7:55-56]

Among the primary purposes of the Qur’an is to awaken in us the higher consciousness of our manifold relations with Allah and the universe. The Qur’anic paradigm regards; not only nature, but all universe as the creation of Allah (rabbul ‘aalimeen / Creator of all existing things). The relationship of everything as the creation of the Creator leads to awareness that …

iii. our interaction with everything is bound by our interconnectedness to the Divine (makhluqaat)… that all our actions need to take into consideration both huquq-Allah (duty owed to Creator) and huquq al-‘Ibad (duty owed to creation) as well as to imbue ourselves with characteristics of the Divine implying that we synthesizes the values of rahmah/compassion, ‘adl/justice, ihsan/benevolence, ‘aql/reason, hikmah/wisdom; as part of character and behavior.

As people of faith, we gather from the Qur’an and Prophetic tradition that …

We are of the earth, living on the earth.

As the human community is part of nature so too do other creations form communities at their respective levels [Al-An`am 6:38]. The Prophet also reminded us … “all creation are part of God’s dependents; and God loves most those who are best to his universal dependents”

There is a degree of orderliness in creation of Creator.

“He has made everything to the measure of excellence” [An-Naml 27:88]

Humanity should behave in such a way that would maintain the balance that exists within the environment. Rather, we should retrieve the balance that has existed before we have caused, collectively, many ecological disasters:

“And the earth We have spread out; set thereon mountains firm and immovable; and produced therein all kinds of things in due balance.” [Al-Hijr 15:19]

The human being, in the Islamic world-view [Al-Baqarah 2:30] is considered a khalifah / vicegerent the world is green and delightful and Allah has put you in charge of the world and is observing carefully how you deal with it [Prophet Muhammad (pbuh).

This should lead us to realize that there is an organic connection between creation and function, between proper knowledge and right behavior, between awareness and responsibility.

In the capacity as a vicegerent/khalifah, the human being is perceived as the trustee of the earth; is not supposed to cause corruption in any form on earth (i.e. the environment). It is a amaanah/trust, requiring awareness of accountability. Vicegerency as a test is found in the following verse:

“It is He Who has made you (His) vicegerents, inheritors of the earth: He has raised you in ranks, some above others: that He may try you in the gifts He has given you: for your Lord is quick in punishment: yet He is indeed Oft-forgiving, Most Merciful.” [Al-An`am 6:165]

That we are accountable each for whatever is under our care.

The earth is made available for human use, without abuse or misuse. Subjected/ of service to humanity is whatever is in the celestial spheres and the earth; surely, in all these, there are signs for those who reflect [Al-Jathiyah 45:13]. We deduce from the above-mentioned Qur’anic principles that “although the various components of the natural environment serve humanity as one of their functions, this does not imply that human use is the sole reason for their creation”

In this week there was a deliberate global focus on water since 8 years ago, the United Nations Conference on Environment and Development (UNCED) designated 22 March (of each year) as the World Day for Water

Our Earth seems to be unique among the other known celestial bodies. It has water, which covers three-fourths of its surface and constitutes 60-70 % of the living world. Life will cease on earth in the absence of water. At a micro level, the human body consisting of more than 70% of water. Water is involved in all bodily functions: digestion, assimilation, elimination, respiration, maintaining temperature (homeostasis) and the strength of all bodily structures. Water regenerates and is redistributed through evaporation, making it seem endlessly renewable.

Currently, over one billion people lack a reliable supply of water

2.4 billion people – or just under half the world’s population – have no adequate water supply for daily needs.

Human pollution is one of the main factors seriously undermining the quality and availability of freshwater, says the report. About 2 million tons of waste are dumped every day into rivers, lakes and streams. One gallon of wastewater pollutes about eight gallons of freshwater.

As a result, more than 2.2 million people die each year from diseases owing to contaminated drinking water and poor sanitation.

Every day around 6,000 people, mainly children under the age of five, die from water-related diseases.

The World Resources Institute predicts that by 2025, at least 3.5 billion people, or nearly 60 percent of the world’s population, will face water scarcity.

Much of the world gets by on 2.5 gallons of water per day. The average American uses 400 gallons per day, 30% of which is for outdoor uses and half for watering lawns- 7 billion gallons per day. (EPA)

The Deen of Islam ascribes the most revered qualities to water as a life-giving, sustaining, and purifying resource. It is the origin of all life on earth, the substance from which God created humankind

“And He it is who out of this [very] water has created man, and has endowed him with [the consciousness of] descent and marriage-tie: for thy Sustainer is ever infinite in His power.” [Al-Furqan 25:54]

The Qur’an emphasizes the centrality of water to life and living itself:

The water of rain, rivers, and fountains run through the pages of the Qur’an to symbolize Allah’s benevolence:

“It is Allah who sends forth the winds as a glad tiding of His coming grace; and causes pure water to descend from the skies [Al-Furqan 25:48].

The oft-repeated words of the Prophet “cleanliness is half of faith,” reveal not only the central importance of purity and cleanliness but also the essential role water plays in Islam. Even the word Shari`ah itself is closely related to water. It is included in early Arab dictionaries and originally meant “the place from which one descends to water.” Before the advent of Islam in Arabia, the shari`ah was, in fact, a series of rules about water use: the shir`at al-maa’ were the permits that gave right to drinking water.

The Qur’anic metaphors in which water is used to symbolize Paradise, righteousness, and Allah’s mercy are quite frequent. From the numerous Qur’anic references to cooling

“Faces that Day will be shining well-pleased with [the fruit of] their striving in a garden sublime, wherein there will be no nonsensical talk; Countless springs will flow therein” [Al-Haqqah 69:21-25]

We can deduce that water is an essential component of the landscape of the gardens of Paradise. It flows beneath and through them, bringing coolness, sustenance and beauty.

“Surely, in the creation of the heavens and the earth, and the succession of night and day: and in the ships that speed on the sea with what is useful to humans: and in the waters which Allah causes to pour from the sky, giving life thereby to the earth after it had been lifeless, and facilitating all manner of living creatures to sustain themselves and multiply thereon: and in the change of the winds, and the clouds that run their appointed courses: [in all this] there are messages indeed for people who use their reason.” [Al-Baqarah 2:164]

We are commanded in the Qur’an not to cause disruption /corruption/ mischief/chaos on earth after it has been so well ordered/organized [Al-A`raf 7:56 and Al-Mulk 67: 3-4]. Wise ones have said that we abuse land because we regard it as a commodity belonging to us. When we see land as a community to which we belong, we may begin to use it with love and respect. Native Indian Chief Seattle of the Duwamish Tribe said: “Whatever befalls the Earth – befalls the sons of the Earth. Man did not weave the web of life – he is merely a strand in it. Whatever he does to the web, he does to himself.” There is an age-old native Indian saying: “Reflect on the fact that the land belongs to a vast family of which many are dead, few are living, and countless numbers are still unborn.”

advised the Muslim armies that even when in enemy territory, not to pollute the water performed ablution washing each part no more than three times] and said: “Whoever increases more than three he does excess and wrong.” This in keeping with the Qur’anic injunction, so necessary for water preservation

Sadullah Khan completed the memorization of the Qur’an and furthered his studies in Law in South Africa, Journalism in England and Islamic Studies in Egypt. As a motivational speaker, he addresses issues of spirituality, empowerment. He is the author of the book “Dimensions of the Qur’an” and translator of “Message For The Seekers Of Guidance”. He has served in several roles in Universities and Islamic Centers in Southern California and is currently involved with Impower Development International based in South Africa.