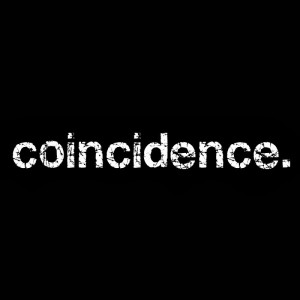 This means that the first cell on earth was formed “all of a sudden” with its incredibly complex structure.

The coincidental formation of life is impossible. However, let us accept this impossibility for just a moment. Let us suppose that millions of years ago a cell was formed having acquired all the necessities for life and that it “came to life”.

Evolution again collapses at this point. For even if this cell had subsisted for a while, it would eventually have died and after its death, nothing would remain and everything would revert to where it had started.

This is because this first living cell, lacking any genetic information, would not have been able to reproduce and start a new generation. Life would have ended with its death.

The genetic system is not only comprised of the DNA. The following should also exist in the same environment: enzymes to read the code on the DNA, messenger RNA to be produced after reading these codes, a ribosome on which messenger RNA will mount according to this code and clamp to for production, transfer RNA to transfer the amino acids to the ribosome to be used in production, and extremely complex enzymes to carry out numerous intermediary processes. Such an environment cannot exist anywhere else but only in a totally isolated and completely controlled environment like the cell, where all the essential raw materials and energy resources exist.

As a result, organic matter can self-reproduce only if it exists as a fully developed cell with all its organelles and in an appropriate environment where it can survive, exchange materials, and get energy from its surroundings. This means that the first cell on earth was formed “all of a sudden” with its incredibly complex structure.

So, if a complex structure came into existence all of a sudden, what does this mean?

Let us ask this question with an example. Let us resemble the cell to a high-tech car in terms of its complexity. (In fact, the cell is comprised of a much more complex and developed system than a car with its motor and all its technical equipment.) Now let us ask: what would you think if you went out trekking in the depths of a thick forest and ran across a latest model car among the trees? Would you think that various elements in the forest had come together by chance over millions of years and produced such a vehicle? All the raw materials making up the car are obtained from iron, plastic, rubber, earth or its by-products, but would this fact lead you to think that these materials had synthesized “by chance” and then came together and manufactured such a car?

Without doubt, anyone with a sound mind would know that the car was the product of a conscious design, that is a factory, and wonder what it was doing there in the middle of a jungle. The sudden origination of a complex structure in a complete form out of the blue shows that it is created by a conscious agent. A complex system like the cell is no doubt created by a superior will and wisdom. In other words, it came into existence as a creation of Allah.

By believing that pure chance can produce perfect designs, evolutionists cross the bounds of reason and science. One of the outspoken authorities on this issue is the famous French zoologist Pierre Grassé, the former president of the French Academy of Sciences. Grassé is a materialist, yet he acknowledges that Darwinist theory is unable to explain life and makes his point about the logic of “coincidence”, which is the backbone of Darwinism:

The opportune appearance of mutations permitting animals and plants to meet their needs seems hard to believe. Yet the Darwinian theory is even more demanding: A single plant, a single animal would require thousands and thousands of lucky, appropriate events. Thus, miracles would become the rule: events with an infinitesimal probability could not fail to occur… There is no law against daydreaming, but science must not indulge in it.

Grassé summarizes what the concept of “coincidence” means for evolutionists: “…Chance becomes a sort of providence, which, under the cover of atheism, is not named but which is secretly worshipped.”

The logical failure of evolutionists is an outcome of their enshrining the concept of coincidence. In the Qur’an, it is written that those who worship beings other than Allah are devoid of understanding;

Taken with slight editorial modifications from the author’s book, The Collapse of the Theory of Evolution.

One thought on “Design and Coincidence”