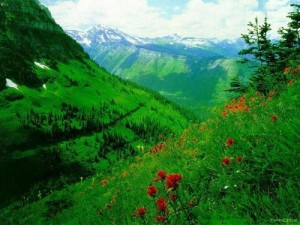 In part 1 of this article we attempted to answer the question, “Why is the universe the way it is?” And, we have elaborated on the essential issue that “The cause for the universe = God” Who is characterized by being “One“, “Uncaused & Eternal“, and “Immaterial“. Let’s now continue reading the remaining part…

The Qur’an is no ordinary book. It has been described by many, who engage with the book, as an imposing text, but the way it imposes itself on the reader is not negative, rather it is positive. This is because it seeks to positively engage with your mind and your emotions, and it achieves this by asking profound questions, such as

So where are you people going? This is a message for all people; for those who wish to take the straight path. (At-Takweer 81: 26–28)

Have they not thought about their own selves? (Ar-Rum 30: 8)

However, the Qur’an doesn’t stop there, it actually challenges the whole of mankind with regards to its divine authorship, it boldly states “If you have doubts about the revelation we have sent down to Our servant, then produce a single chapter like it – enlist whatever supporters you have other than God – if you truly think you can.

If you cannot do this – and you never will – then beware of the fire prepared for the disbelievers, whose fuel is men and stones. (Al-Baqarah 2: 23)

This challenge refers to the various wonders in the Qur’an, even within its smallest chapter, that give us good reasons to believe it is from God. Some of these reasons are historical and scientific.

There are many historical statements in the Qur’an that show us good reasons that it is from God. One of them is that the Qur’an is the only religious text to use different titles for the rulers of Egypt at different times. For instance while addressing the Egyptian ruler, at the time of Prophet Yusuf (Joseph), the word “Al-Malik” is used which refers to a king (note: that during the middle old kingdom Hyksos Asiatic families were governing Egypt and they did not use the title Pharaoh, as the Qur’an mentions,

In contrast, the ruler of Egypt at the time of the Prophet Musa (Moses) is referred to as Pharaoh, in Arabic “Fir`awn”. This particular title began to be employed in the 14th century B.C., during the reign of Amenhotep IV. This is confirmed by the Encyclopedia Britannica which states that the word Pharaoh was a title of respect used from the New Kingdom (beginning with the 18th dynasty; B.C. 1539-1292) until the 22nd dynasty (B.C. 945-730).

So the Qur’an is historically accurate as the Prophet Yusuf lived at least 200 years before that time, and the word “King” was used for the Hyksos kings, not Pharaoh.

In light of this, how could have the Prophet Muhammad known such a minute historical detail? Especially when all the other religious texts, such as the Bible, just mention Pharaoh as a title for all times? Also, since people at the time of the revelation did not know this information and hieroglyphs were a dead language, what does this say about the authorship of the Qur’an? There is no naturalistic explanation.

The Qur’an always mentions nature as a sign for God’s existence, power and majesty. Every time these are mentioned, they are expressed with a great accuracy, and they also give us information that could have never been known at the time of the Prophet Muhammad. One of these signs includes the function and structure of mountains. The Qur’an mentions that mountains have “peg” like structures and that they have been embedded into earth to stabilize it, a concept known in Geology as isostasy. The Qur’an mentions:

We placed firmly embedded mountains on the earth, so it would not move under them… (Al-Anbiya’ 21: 31)

The Qur’an’s eloquent renderings of the facts mentioned above are confirmed by modern science which only came to be understood by the end of the 20th Century. In the book Earth, by Dr. Frank Press, former president of the U.S. National Academy of Sciences, states that mountains are like stakes, and are buried deep under the surface of Earth.1

With regards to the vital role of mountains, it was formerly understood that mountains were merely protrusions rising above the surface of Earth. However, scientists realized that this was not actually the case, and that the parts known as the mountain roots extended down as far as 10 to 15 times their own height. With these features, mountains play a similar role to a nail or peg firmly holding down a tent, which has been discovered by modern geological and seismic research, a concept known as isostasy.2

In conclusion, how can we explain this in the light of the fact that this is relatively recent science (with no one at the time of the revelation knowing this information)? What does this tell you about the author? Again, there is no naturalistic explanation.

Is Life Absurd without God?

The writer Loren Eiseley said that man is a cosmic orphan. This is quite profound, as man is the only creature in the universe who asks: why? Other animals have instincts to guide them, but man has learned to ask questions. If many of these questions raised by man exclude God then the conclusion is simple: we are the accidental byproducts of nature, a result of matter plus time plus chance. There is no reason for your existence and all we face is death. Modern man thought that when he had got rid of God, he had freed himself from all that repressed and stifled him. Instead, he discovered that in killing God, he had also killed himself.

If there is no God, then man and the universe are doomed. Like prisoners condemned to death we await our unavoidable execution. What is the consequence of this? It means that life itself is absurd. It means that the life we have is without ultimate significance, value, or purpose. For example, according to the atheist worldview this life is purposeless, or at best, just assembled to propagate our DNA. The way some atheists get out of this is by saying we can create purpose for ourselves, however this is a self-delusion as we try and find some purpose by attributing purpose to the things we do in life, but remove purpose from our very own lives. Also, without God our lives do not have any ultimate meaning. If our ends are the same, in that we just pass out of existence, what meaning does that give our lives? Does it even matter if we existed at all? If the universe was never in existence what difference would it make?

Existentialists such as Jean-Paul Sartre and Albert Camus understood the meaningless reality of life in absence of acknowledging the purpose of our existence. This is why Sartre wrote of the “nausea” of existence and Camus saw life as absurd, indicating that the universe has no meaning at all. The German Philosopher Friedrich Nietzsche argued in clear concise pronouncements that the world and human history do not have any meaning, any rational order or aim. Nietzsche argued that there is only a mindless chaos, a directionless world tending towards no end. It is not wonder the philosopher Arthur Schopenhauer said he would have wished the world never existed. All of these views on the world are absurd conclusions carved by the atheist world view.