God is Ar-Raqib: The Ever-Watchful 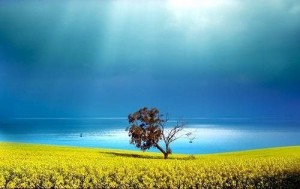 Allah says, relating the words of Jesus (peace be upon him) in the Qur’an:

I was a witness over them while I dwelt among them; when You took me up, you were Ever-Watchful over them, and You are a Witness to all things. (Al-Ma’idah 5: 117)

Allah watches over all of His servants and keeps watch over all of their affairs, their secrets, and their deeds. This should make us more aware of Allah’s rights over us and of our duty towards Him.

Today’s world excels in managerial and financial oversight. Self-monitoring is regarded as a great personal quality that makes a person more-productive, honest, and impervious to corruption. Nothing brings about this quality in a person like the awareness that Allah is Ever-Watchful and knows everything we do, great and small, visible and hidden.

It is strange to find an employee who dutifully observes all five prayers but then goes about cheating, embezzling, and avoiding responsibility. That employee’s prayer attests to the belief in Allah and that one can commune with Allah in secret. It attests to the belief that Allah sees and hears what we do.

On the other hand, how does this employee feel that it is possible to cheat other people of their rights, as if Allah is not aware of those deeds?

A genuine belief that Allah is Ever-Watchful makes us vitally aware of Allah’s supervision. It makes us feel ashamed to commit sin, knowing that He is watching over us when we commit disgraceful deeds.

I have given thought to why certain civilizations around the world are so much more productive and exhibit a far better work effort than we witness in most Muslim countries. I think the reason is that self-monitoring has become firmly integrated into the personal makeup of the people living in those societies. It is a personality trait and a part of their mind-set, even before cameras are installed and oversight measured are instituted by management.

What if more people in the Muslim world were to embrace this value, adding it to this their awareness – stemming from faith – that Allah is watching over us and taking account of all that we do, and that our ultimate fate in the Hereafter is tied to what we do in this world?

Personal values – chief among them being our belief in Allah, His names and His attributes – are what it takes to build a vibrant, healthy, productive, and stable society, provided that those values are not merely held in the abstract, mere rigid concepts, but are transformed into practical expressions of our hearts and our actions.