If Not for His Mercy 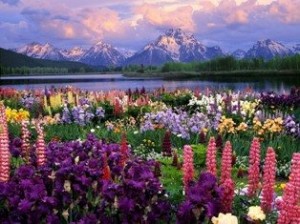 “Verily for the God-fearing there will be the Gardens of Bliss near their Lord. Are We then to treat those who submit [to Us] as [We treat] the sinners? What is wrong with you? How do you judge? (Al-Qalam 68: 34-6)

“Indeed, those who believe and do righteous deeds, for them are the Gardens of Bliss, therein to dwell forever. It is a Promise of Allah in truth. (Luqman 31: 8-9)

And, painful torment awaits the wicked:

“Throw into Hell every stubborn disbeliever, hinderer of good, transgressor, doubter, who set up another god with Allah. Cast him into the severe torment. (Qaf 50: 24-6)

These and other Quranic verses clearly indicate that man, by his own thoughts and actions, creates his own destiny.

The ultimate destination of Paradise or Hell is not haphazard. People will reap in the next world what they sow in this world.

Yet a righteous deed must be seen in its true dimension and must not be exaggerated beyond its size. Worshipping God for some years on earth is not the true price of eternal bliss in Paradise. He who believes that his acts of obedience are fully perfect and sincere or that they outweigh the blessings he receives in this world (the physical senses and faculties or material necessities) is deceived.

Truly, God looks at the good intentions within the hearts of believers and forgives them many things, whether errors or failures. He multiplies the little they do in the same way as He grows tiny seeds into large trees, bushes, and flowers. Were it not so, none would have tasted success.

“Had it not been for the Grace of Allah and His Mercy on you, not one of you would ever have been pure from sins. But Allah purifies whom He wills, and Allah is All-Hearer, All-Knower. (An-Nur 24: 21)

One should walk towards God with feelings of deficiency. His Right is too great to be recognized and fulfilled; and without showering under His Mercy, there can be no salvation.

Suppose people sacrifice their souls and wealth for His Sake. Is He not the Creator of these souls and the giver of that wealth? If entry into Paradise was their reward, would it not be a favor and bounty from Him?

How many shortfalls and spiritual deficiencies do people see in their deeds? If they imagine them to be the deeds of another person, they might not accept them without much tolerance and eyes closed to their lapses.

A believer ought, therefore, to work without feeling proud, which is the interpretation of the words of Prophet Muhammad:

“No one will enter Paradise by his deeds. The Companions asked: “Not even you, O Messenger of Allah?” He said: Not even me, unless Allah covers me with His Mercy.” (Al-Bukhari)

Travelers to God, when left solely to their own strength, may be overcome by fatigue of the road and their steps slacken or stop. Reliance placed on divine provisions must be twice as much as that placed on their efforts, just as a farmer plants, sows, and waters the seeds then lifts up his eyes to heaven with the realization that his limited effort is worthless if not surrounded by God’s care and support. His care is surely the difference that multiplies the yield.

This article is a translated excerpt from Shaykh Muhammad Al-Ghazali’s book: The Emotional Side of Islam. It is translated and adapted by Haya Muhammad Eid & edited by Emily Katharine Richardson. Courtesy onislam.net.

Sheikh Mohammed al-Ghazali al-Saqqa (1917–1996) was an Islamic cleric and scholar whose writings “have influenced generations of Egyptians”. The author of 94 books, Sheikh Ghazali attracted a broad following with works that sought to interpret Islam and its holy book, the Quran, in a modern light. He is widely credited with contributing to a revival of Islamic faith in Egypt over the last decade.” Another source called him “one of the most revered sheikhs in the Muslim world.